Watch these soldiers regret absolutely everything during gas chamber training

The Army: putting the ‘suck’ in embrace the suck since 1775. 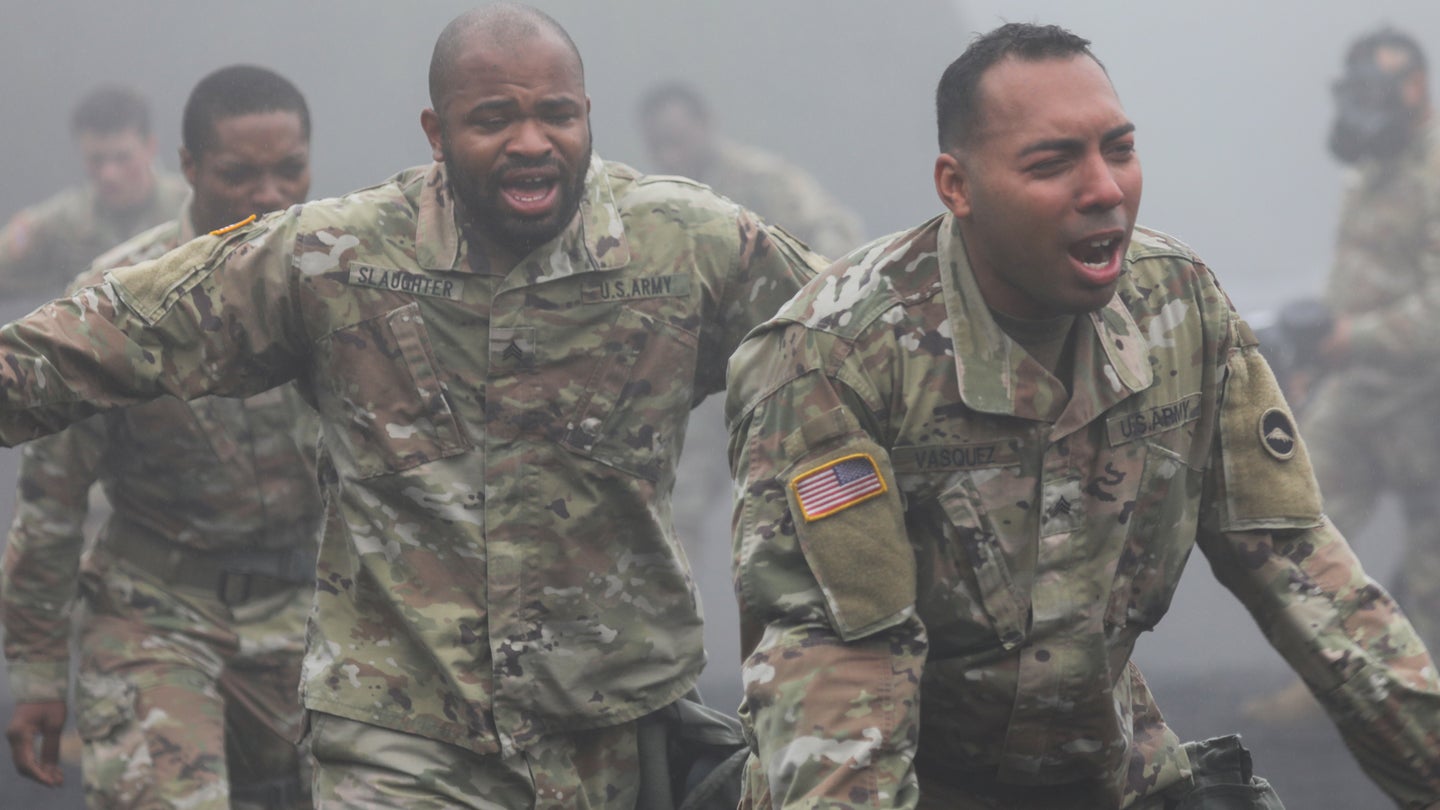 A series of photos published on Friday in an Army press release shows the before and after of soldiers with the 35th Combat Sustainment Support Battalion going through gas chamber training. And if you look closely, you’ll see the exact moment they began regretting everything that led them to this point.

It wasn’t their first time going through the training, every soldier does it at basic training. As one press release in 2017 described, soldiers who went through the chamber for the first time came out “hugging the wall, coughing, gasping, dripping mucus and saliva, spitting, groaning, eyes red with tears. A few even upchucked, though it is not known if it was due to milk for breakfast.” But their previous experiences didn’t make a run through the gas chamber — which was once described to me as Satan spitting in your eyes — any less brutal.

“It felt exactly how I remember it,” said Cpl. Taylor Reed, a military working dog handler in the battalion. “Skin burns in the back of your neck when you take the gas mask off and, of course, your forehead burns and your eyes, nose, mouth, throat, lungs — it all burns. It’s not very pleasant.”

During the exercise on Thursday, 60 soldiers with the battalion went on a two-mile road march before arriving to the training area, where they were “briefed on how to properly don their M50 protective masks and entered a tent laden with CS gas,” otherwise known as tear gas. Once inside, the soldiers had to complete a series of tasks, then break their mask’s seal, “clear” it, and reseal it.

“Sometimes it sucks going through the training and going through the gas chamber, but it’s worth it,” an instructor, Staff Sgt. Adrienna McCloud, said in the release. “You build your confidence up, and you train as you would fight.”

While that may be true, the photos that accompanied the press release didn’t exactly project confidence. They projected, well, hating your fucking life, as is expected. The squinting, the tears, the confusion, the chaos — you can almost feel it through the photos. But don’t take my word for it, see for yourself:

The Army: putting the ‘suck’ in embrace the suck since 1775.