“I said, ‘Chickie Donohue, what the hell are you doing here?’ He said, ‘I came to bring you a beer.'” 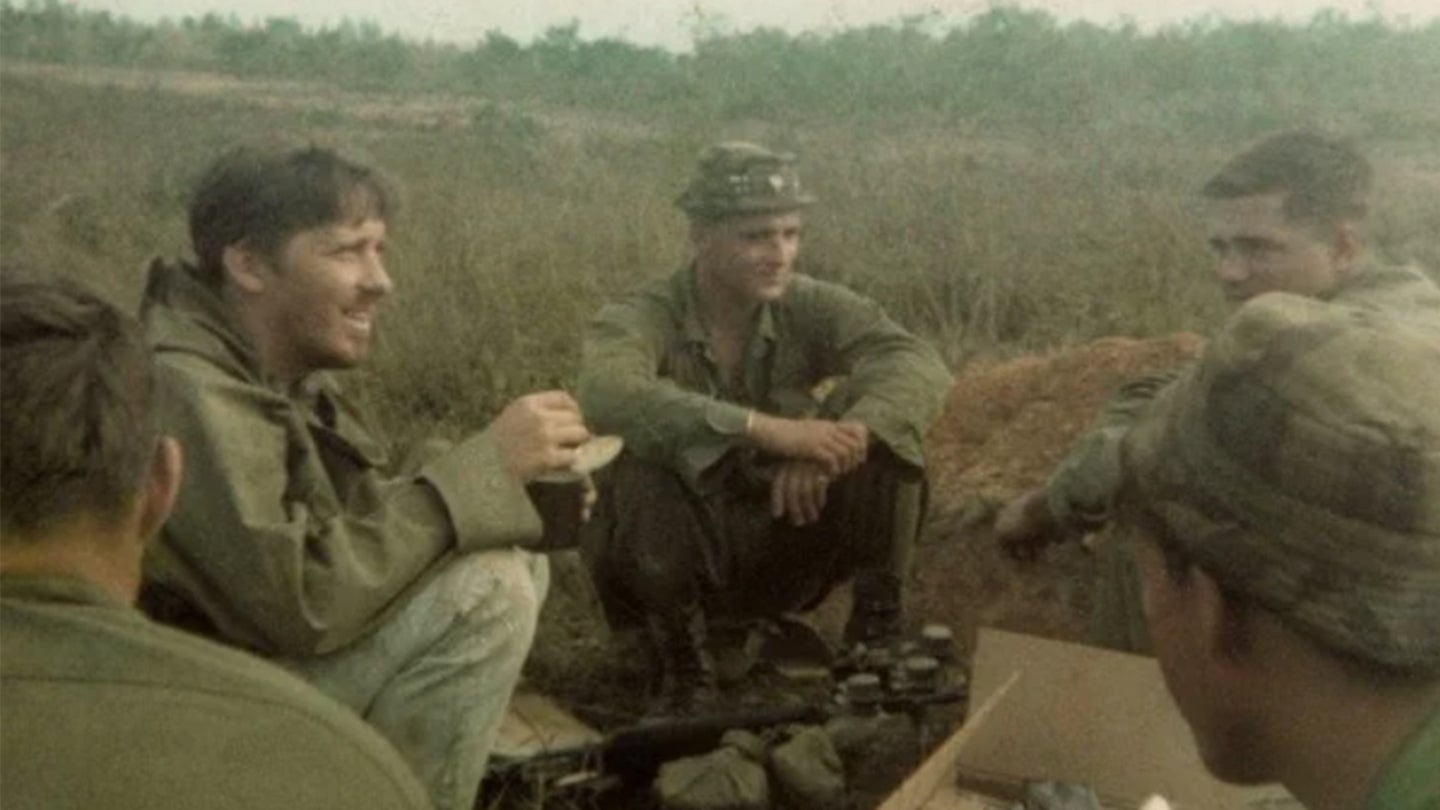 Great journeys make for great movies. Think of Frodo and Sam trekking across Middle Earth in Lord of the Rings, or Tom Hanks looking for Matt Damon in Saving Private Ryan. And then there’s Marine veteran John “Chick” Donohue, who traveled all over war-torn Vietnam in 1968 just to drop off some beers to his neighborhood buddies fighting in the war.

It sounds made-up, but this story is 100% true, and, best of all, it’s getting the movie treatment with some big stars on the roll call. Actors Russell Crowe and Zac Efron are in talks to star in the picture, and Bill Murray may be cast in a supporting role, according to Deadline. Peter Farrelly, who directed the Oscar-winning road-trip movie Green Book, is set to direct the picture.

Though the release date for The Greatest Beer Run Ever is not yet available, the story behind the upcoming films is less of a mystery.

It all started in November 1967, when the 26-year-old Donohue was chatting about anti-war protests with George Lynch, the bartender at Doc Fiddlers, one of many bars and pubs in Inwood, near the northern tip of Manhattan. Donohue had attended too many funerals for Inwood kids killed in the war, and amid all the anti-war, anti-military protests going on at the time, Donohue, a Marine veteran, wanted to do something to let the troops know they were still appreciated. That’s when Lynch suggested that someone bring them some beer. You know, like any other beer run, except all the way out to Vietnam.

The idea would be laughable to most people, but Donohue wasn’t most people. He packed a seabag full of Pabst Blue Ribbon, got a job on the merchant vessel Drake Victory (he was in the Merchant Marines at the time), which was hauling ammunition out to the war, and began his legendary months-long trek. He had a list of the names and units of a half-dozen guys from his neighborhood and he wanted to get a beer in the hands of each one. Unfortunately, the PBR did not survive the sea journey.

“It took two months to get there, so I drank all the beer,” Donohue, now in his seventies, told The New York Times in 2017.

It was all right though: Donohue stocked back up again when he arrived in Qui Nhơn harbor in central Vietnam in early 1968. Now it was just a matter of finding the neighborhood boys. Luckily, shortly after arriving he found some soldiers from the 127th Military Police Company, the same unit as one of the names on his list: Tom Collins. A known gab artist, Donohue pulled an MP aside and spun a sob story about looking for his brother-in-law, then gave Collins’ name. It worked, and the man arrived shortly afterwards.

“I said, ‘Chickie Donohue, what the hell are you doing here?’” Collins told the Times. “He said, ‘I came to bring you a beer.”

Donohue shared a few drinks with Collins, and then he was off to find the other names on his list. Keep in mind that this was at the beginning of the Tet Offensive, a campaign of bloody surprise attacks across the country that kicked the war into a new gear of violence. But Donohue was undaunted, talking his way onto convoys, military mail planes, and transport helicopters bound for Khe Sahn, An Khe, Saigon, and places in between, often just in jeans and a casual button-down shirt.

“He was in a combat zone and here he is walking around like he’s going on a golf outing or wherever the hell he’s going,” Collins said in a 2015 video about the beer run made by Pabst Blue Ribbon. “We got drunk, needless to say.”

At one point Donohue was caught up in a nightlong firefight shooting at enemy troops in Khe Sanh, and at another he was briefly stranded when his ship left port without him. So he hung around with his buddies a little longer before finally heading home in March 1968. It was a simple gesture, giving old friends a beer. But it went a long way.

“He came through at a time when society didn’t want us and the protesters were on us,” Collins told the Times. “But that’s Chickie. He’s one of the nicest but craziest guys you ever want to meet.”

Donohue retold his story hundreds of times, but it was so far-fetched that most people didn’t believe him. Still, that didn’t stop him from writing about his experience in a book The Greatest Beer Run Ever: A True Story of Friendship Stronger Than War, which was published in 2017. For some of Donohue’s friends, the book had just as much impact as the initial beer run.

“Seeing Chick gave me a lot of encouragement that I was going to make it back,” said Bob Pappas, a communications sergeant at Long Binh who was growing weary of losing friends before Donohue arrived in 1968. Pappas told the Times that being interviewed for the book helped persuade him to finally begin counseling for post-traumatic stress disorder.

As for Donohue himself, “I didn’t have to buy a beer for a long time in Inwood,” he said.

The movie version will be made as an Apple Original Films title, Deadline reported. The filmmakers intend to cast Efron as Donohue and start production in August, likely in New Zealand or Australia.

Related: We salute the Army vet who dropped 25 pounds by consuming nothing but beer for weeks