In response to my item the other day opposing a Desert Storm Memorial (my concerns were, 1. Too small an... 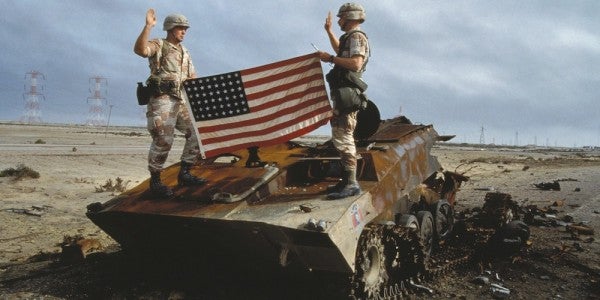 In response to my item the other day opposing a Desert Storm Memorial (my concerns were, 1. Too small an operation and, 2. War it began not yet over), I got a lot of responses. Some of it hate mail. It is striking how unimaginative such messages are—same words again and again. It felt like we were sitting in the Long March Bar and a bunch of drunks ran through screaming and then ran out the back door. And then the regulars right the chairs and order another round of Imperial IPAs.

But I also got some thoughtful notes from people saying, 'Hey, I lost friends there, don’t mock it.' I did not intend to do so, and I apologize to those who took offense. I lost friends in Iraq also, and I know that hollow feeling. I also heard from many people suffering health problems they attribute to their service in Desert Storm. It sounds like they need a lot more help than they are getting.

Another person wrote that casualties should not be the metric of whether to erect a memorial. That begs the question: What is the best way to determine whether or not to build a monument on public land?