In 2003, as the American occupation of Iraq got underway, the 101st Airborne Division led by Maj. Gen. David H.... 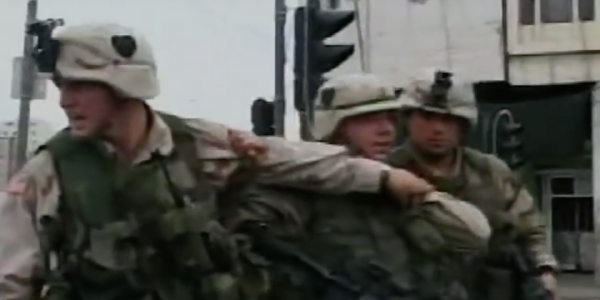 In 2003, as the American occupation of Iraq got underway, the 101st Airborne Division led by Maj. Gen. David H. Petraeus established its headquarters in Mosul — a vast metropolis in northern Iraq.

Over the course of the occupation, Mosul saw heavy clashes between coalition forces and insurgents. More than 150 American soldiers were killed in the city, according to icasualties.org.

Now, six years after President Obama oversaw the withdrawal of all U.S. combat troops from Iraq, Mosul is again the scene of heavy fighting — this time primarily between Iraqi and Kurdish forces and the army of the Islamic State.

There are American soldiers there, too. Some have been wounded on the frontline. Every day, they risk their lives fighting alongside their local counterparts to expunge the remnants of ISIS from Mosul.