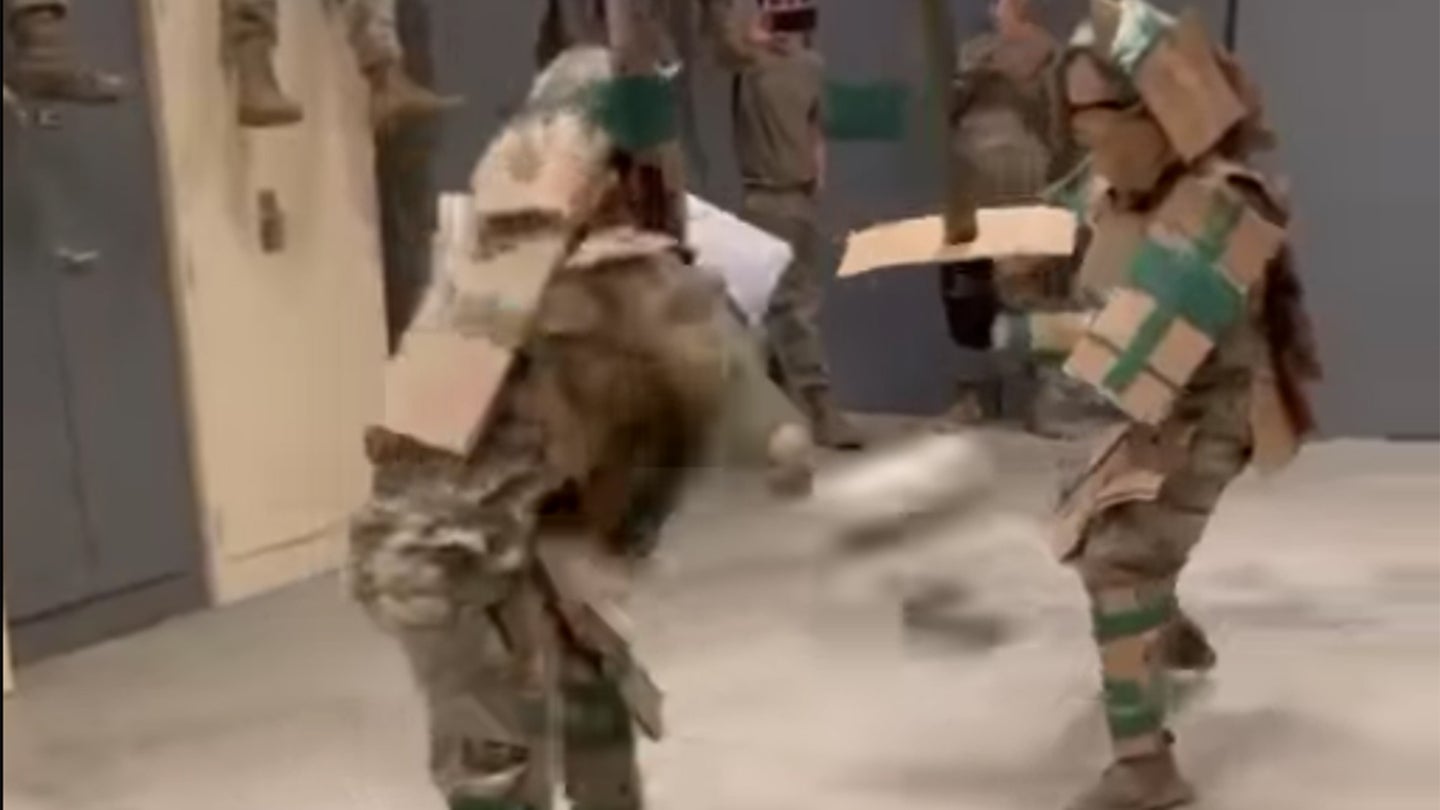 The U.S. military’s recruiting commercials often feature scenes of combat, hard rock riffs, and dragon-slaying, but they never seem to show the day-to-day reality that most troops face: being bored as hell.

While that can lead to destructive behavior — just ask the Marines in North Carolina who were dropping acid in their off time — sometimes it can lead to wonderful events that can only happen in the military. Case in point: Soldiers donning cardboard ‘armor’ to fight each other in the barracks in a poor man’s version of A Knight’s Tale.

“People always ask me what do Soldiers do when it’s a slow day at work?” wrote Sgt. 1st Class Pedro Gonzalez, an Army recruiter in Denton, Texas, on the Facebook video he posted earlier this month, which shows the behind-the-scenes world of the barracks that most people never get to see. “Well here’s an example.”

In the video, which has racked up thousands of likes and shares since being posted on Dec. 5, two soldiers appear to duke it out while wearing cardboard armor, swords, flails, and shields. It’s unclear when or where this happened (Gonzalez did not respond to requests for comment), but you’ve gotta give them points for creativity.

While everyone else in the military is chain-smoking, throwing rocks, or bitching for hours about their chain of command, these two heroes donned cardboard armor and set an example for every bored Joe or Jane to follow and up their boredom-busting game. It’s just a shame the video is too short to determine which cardboard knight ultimately won.

Know anything more about this? Reach out at paul@taskandpurpose.com.