Someone brought a guitar. 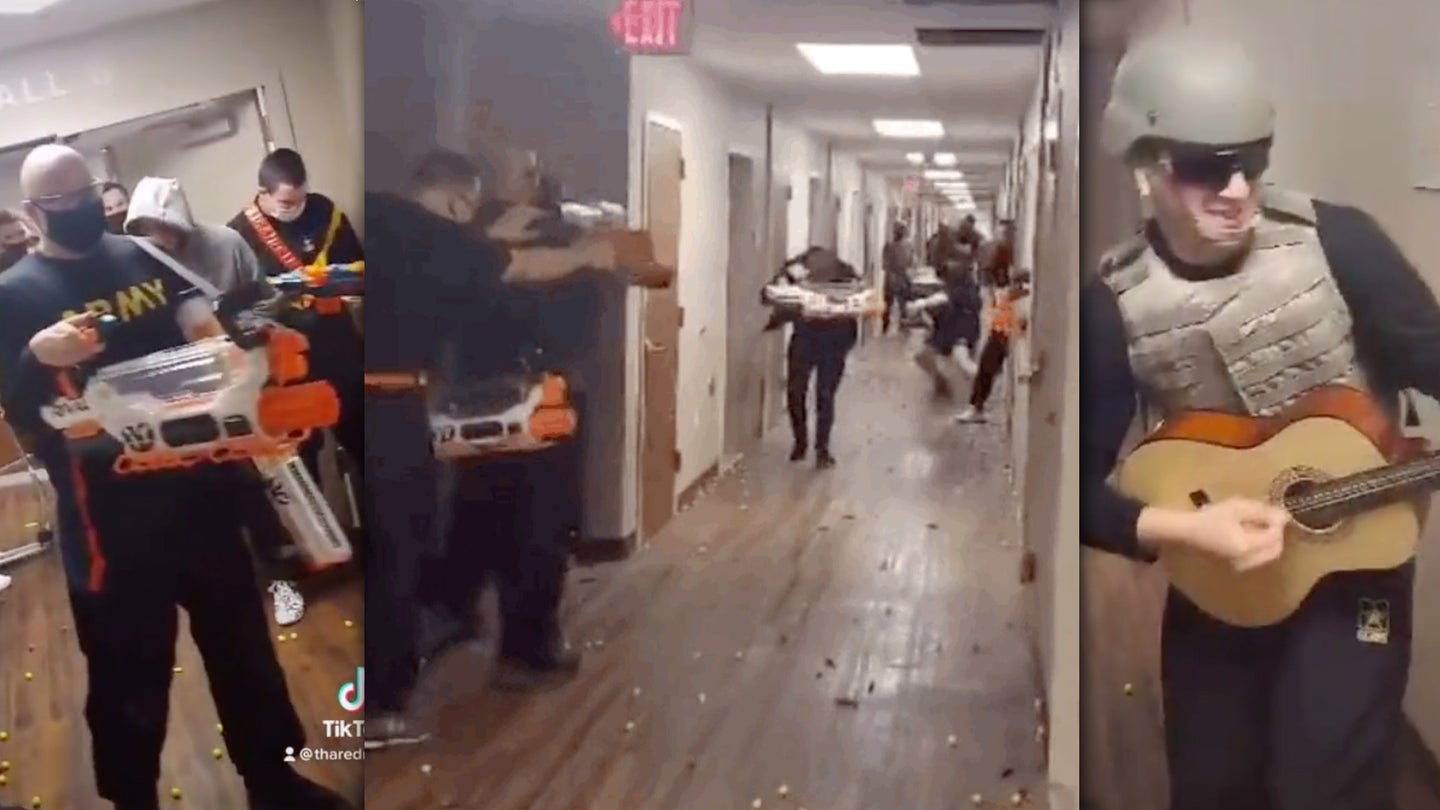 I was sitting in a Quonset hut during downtime in training many years ago when a door burst open and one of my platoon mates appeared, wrapped in tape and 550 cord from head to toe. He was a junior Marine, a private first class in our 81 mm mortar platoon who had made the mistake of wandering into another platoon’s hut. He didn’t yet understand that rivalries in the military can sometimes lead to being kidnapped and sent home with a message written in Sharpie on your forehead: 81s suck.

Things like this tend to happen when military members are bored. Naturally, it led to an epic brawl in the Pohakuloa Training Area of Hawaii, where our differences were settled through ground fights in the volcanic ash. But nowadays soldiers appear to be settling scores with Nerf arsenals, combat rolls, and guitar playing in a barracks hallway, and I must say, it looks like their barracks battles are way more fun and less bloody than mine.

It remains unclear what led up to this insanity since the poster of the video did not respond to a request for comment. But it appears this took place in the one place where new Army medics are trained at Fort Sam Houston, Texas, as the video description suggests — “when on lockdown privates wage war upon themselves — along with the hashtags of #68W for the military occupational specialty of Army medic and #AIT for the Army’s initial training pipeline.

We can tell there’s a lot going on among these future docs. One soldier performs what is called a “combat roll,” a move that may be of dubious actual value in combat but is nevertheless entertaining to watch.

And does this guy have a Nerf version of an M134 minigun?

Then there are these two guys doing a cover and movement type of maneuver through the hallway, with mixed results. Soon after, you can hear someone nearby saying, “I need a medic.”

And this guy has… a guitar?

Despite what the recruiters tell you, boredom is a fact of life in the military, and it can lead to fun practical jokes that help service members bond. Sometimes it can lead to serious consequences. But soldiers getting some Nerf trigger time in after work? That’s just good training in my book.