More than 2,000 awesome human beings showed up to a funeral for a veteran with no immediate family

Thousands of people attending the memorial service for Edward K. Pearson, an Army veteran who died in August with no immediate family. 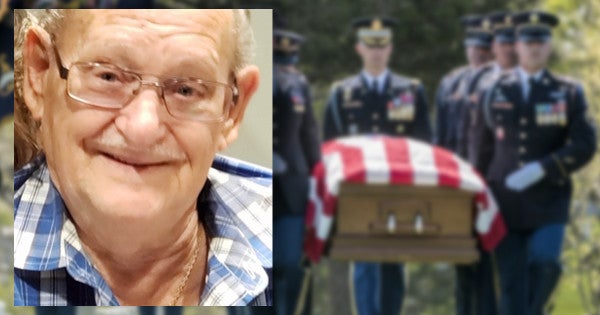 More than a 2,000 certifiably-awesome human beings showed up at a funeral for an Army veteran with no immediate family on Tuesday in Sarasota, Florida.

Edward K. Pearson died on Aug. 31 at 80 years old. An obituary posted by a Naples, Florida funeral home said little about him, except to say that he had no family and “all welcome to attend” his memorial service. And attend, they did.

According to the AP, more than 2,000 people showed up to his funeral on Tuesday, where he was sent off with full military honors.

“It just touched my heart. I just knew that I had to be here,” Melanie Lynch, who drove an hour to attend the ceremony at Sarasota National Cemetery, told CNN.

Born on April 23, 1939 in Pennsylvania, Pearson grew up on a farm during the Depression, waking up at 3 a.m. each morning for most of his life, according to the Sarasota Herald-Tribune. He later served in the Army from 1962 to 1964, and was honorably discharged as a private first class.

He moved to Florida about 25 years ago, the Tribune reported.

Pearson's funeral would have gone unnoticed had it not been for coverage in the local media, which led to even more exposure, to include social media mentions from CNN's Jake Tapper, Republican Sen. Marco Rubio, and others.

“You know what? There's no way I'm going to let him do this alone,” Willie Bowman, 62, a Purple Heart recipient and career Army veteran, told the AP. “I've never met the man. But he's a veteran and he's a brother of mine.”

You can watch the service below, via WFLA: