Too many people. Not enough time. 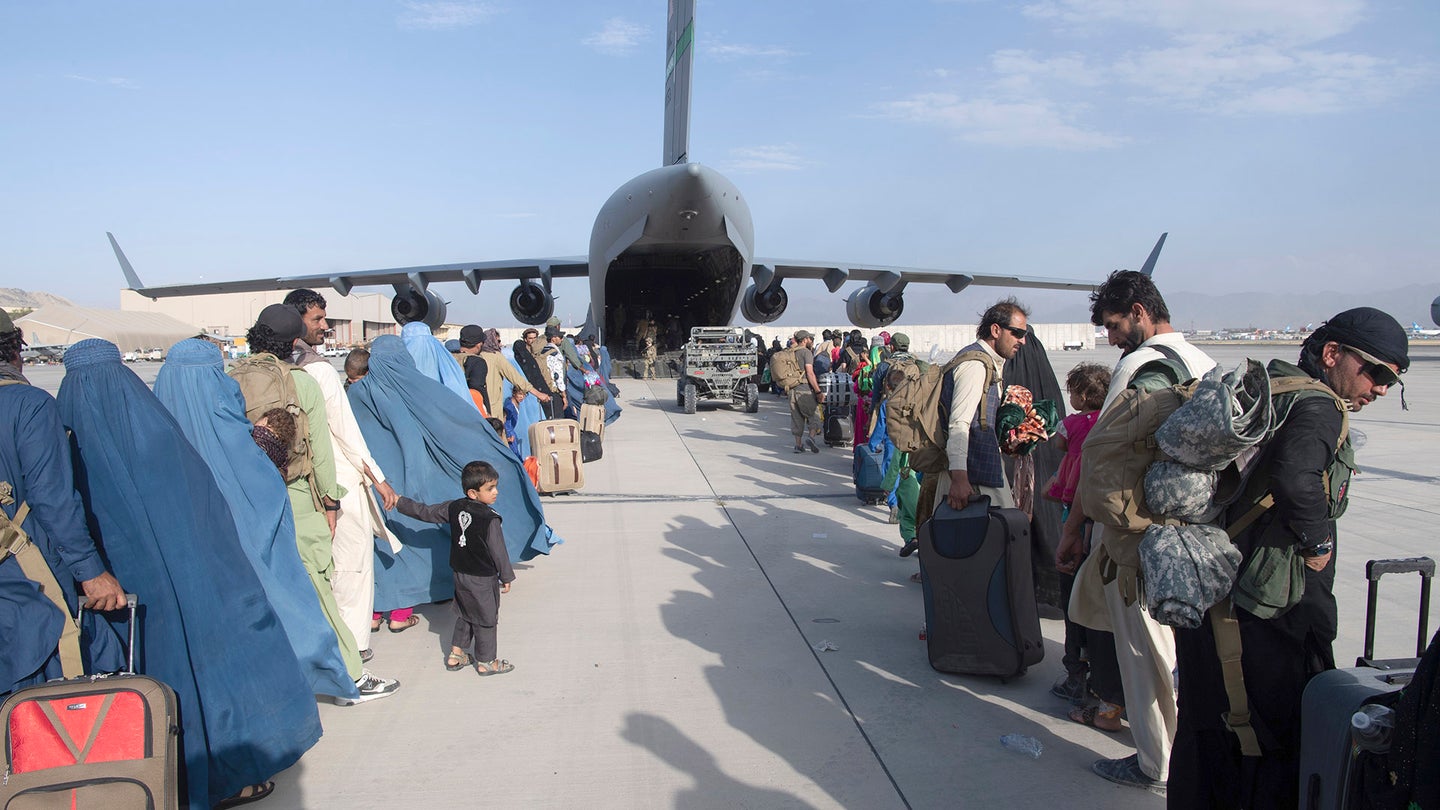 Two members of Congress who served in the military made an unannounced trip to Kabul’s international airport, after which they announced that U.S. efforts to evacuate all American citizens and Afghans at risk cannot be completed by the Aug. 31 deadline.

U.S. Reps. Seth Moulton (D-Mass.) and Peter Meijer (R-Mich.) arrived in Kabul on Tuesday to get a firsthand look at the evacuation, which is only days away from ending. Moulton is a Marine veteran who deployed to Iraq four times. Meijer served in the Army Reserve and he also deployed to Iraq.

“We came into this visit wanting, like most veterans, to push the president to extend the August 31st deadline,” the two lawmakers said in a joint statement. “After talking with commanders on the ground and seeing the situation here, it is obvious that because we started the evacuation so late, that no matter what we do, we won’t get everyone out on time, even by September 11. Sadly and frustratingly, getting our people out depends on maintaining the current, bizarre relationship with the Taliban.”

Since Kabul fell more than a week ago, the Taliban have established armed checkpoints outside of Hamid Karzai International Airport as U.S. troops have protected Americans and Afghans who have managed to get into the airport and get on an evacuation flight. Both sides are now operating uncomfortably close to each other.

Neither Meijer nor Moulton could be reached for comment on Wednesday.

President Joe Biden announced on Tuesday that the evacuation from Kabul will conclude on Aug. 31, although he has instructed the Pentagon and State Departments to develop “contingency plans to adjust the timetable should that become necessary.”

Although roughly 88,000 people including more than 4,400 Americans have been rescued so far, the looming end of the evacuation means that tens of thousands of Afghans attempting to flee Taliban rule will be left behind, including those who face the threat of reprisal by the Taliban for working with the U.S.-led Coalition during the war. Task & Purpose has received numerous requests for help from Afghans trying to get out of the country as well as Americans attempting to help friends and family in Afghanistan.

The Taliban has mostly blockaded the airport with checkpoints, allowing few people to pass. And Afghans who’ve made it to the airport gates have been turned away even if they have proper documentation – and even escorted off the airport after making it to safety.

On Wednesday, Fox News national security correspondent Jennifer Griffin asked at a Pentagon news briefing about reports that Marines at Kabul airport’s Abbey Gate were turning away Afghans who had been granted Special Immigrant Visas.

“I can’t speak that specific, you know, report there. But what I do know is – whether it’s our Marines or soldiers that are at those gates working with the consular officers that are there – as people are there and present the proper SIV paperwork, we are to get them as quickly as possible in, process them for evacuation flights,” said Maj. Gen. William “Hank” Taylor, deputy director for regional operations for the Joint Staff.

Many veterans who served in Afghanistan have been receiving increasingly frantic messages from interpreters and other Afghans who are being hunted by the Taliban but cannot reach safety due to bureaucratic red tape. An ad hoc group of advocates has launched a “Digital Dunkirk” to rescue as many Afghan allies as possible.

In their statement, Meijer and Moulton said that like many other veterans, they have been working without much sleep for the past few weeks to make sure that as many people as possible could make it safely to Hamid Karzai International Airport.

“As members of Congress, we have a duty to provide oversight on the executive branch. There is no place in the world right now where oversight matters more,” they said. “We conducted this visit in secret, speaking about it only after our departure, to minimize the risk and disruption to the people on the ground, and because we were there to gather information, not to grandstand.”

The two lawmakers also said they left Kabul on a plane with empty seats and used crew-only seats to make sure they weren’t taking up space on an aircraft that could have been used for people trying to escape Afghanistan.

Still, Moulton and Meijer have faced criticism for flying to Kabul without notifying Congress or the Defense Department ahead of their trip. House Speaker Nancy Pelosi (D-Calif.) chided both lawmakers for taking up military and diplomatic resources during their trip and she warned other members of Congress not to follow their example.

“They certainly took time away from what we had been planning to do that day,” Pentagon spokesman John Kirby told reporters during Wednesday’s news conference.

After the lawmakers arrived at Hamid Karzai International Airport, U.S. troops had to provide protection for both men and rearrange the day’s schedule to accommodate the unannounced visit, Kirby said.

The two men were able to speak to commanders and troops, said Kirby, who also said he did not know whether Meijer and Moulton took seats that would have gone to Americans or Afghan refugees when they left the airport on a military aircraft.

“We are, obviously, not encouraging VIP visits to a very tense, dangerous, and dynamic situation at that airport and inside Kabul generally,” Kirby said. “The secretary [of defense], I think, would have appreciated the opportunity to have had a conversation before the visit took place.”