"I really enjoy that physical feeling of getting a letter from someone or sending one." 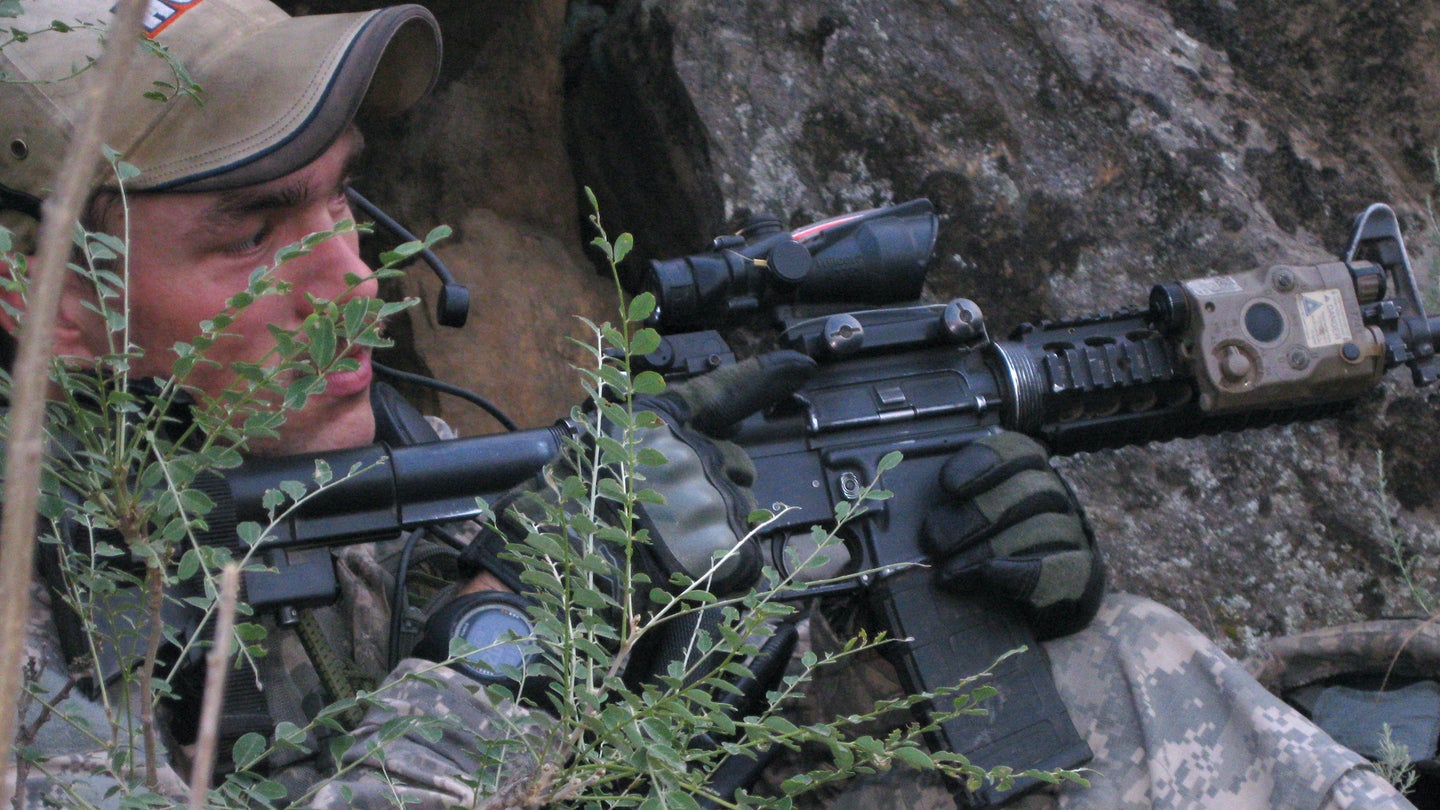 Welcome to The Things I Carry, a semi-regular series from Task & Purpose that examines the everyday carry of notable veterans. This installment features Clint Romesha, an Army veteran who received the Medal of Honor for his actions during the Battle of Kamdesh in Afghanistan in October 2009.

Below, Romesha details his essential everyday carry both downrange and at home.

What gear did you rely on most during your time in the U.S. military?

Your personal weapon was always critical and crucial, namely my M4. Shoot, when I was stationed back at Fort Carson in 2004 and 2005, I got to carry the exact same M4 until I got out of the military in 2011 because I was friends with the armorer. You get used to carrying one, you know exactly how it handles, and eventually, you develop that personal relationship with it. Whenever it went in for inspection it never failed or nothing, so I figured if I was going to stay with the same unit for as long as I could then I’d try to have the same weapon for as long as I could.

I carried a folding pocket knife; you always kept that Gerber on you because you never know, you know? Growing up on a ranch, multitools were the bee’s knees, but it’s the sort of thing I’d normally keep in my bag and only carry sometimes. In the ranching community, we always had those little foldable Old Timer knives for castrating steers and cutting baling wire, so I love the real slim, easy-to throw-in-your-pocket knives for opening MREs or cutting through something real quick.

Did you carry anything of personal significance during your deployments?

I was big on letter writing. I still pay my bills by sending in checks through the mail, so I really enjoy that physical feeling of getting a letter from someone or sending one. I wrote a crap-ton of letters while deployed and I’d get letters from my mom and dad, my grandma, my old [Agriculture] teacher, and high school buddies I hadn’t heard from in a long time. I’d end up carrying one of those letters I’d want to reread multiple times during a 24 or 48-hour mission. I’d kinda rotate through them, so I never had a specific letter on me at a given time. Hey, it’s better than carrying Maxim magazine out on patrol.

I always like carrying my old Timex. It’s a regular analog glow-in-the-dark watch, one of those canvas things that cost 20 bucks. It never really illuminated and the hour markers kinda glowed, but I always had a wristwatch on during deployment and I still do now. I still carry a small folding pocket knife. I’ve upgraded to one of the Emersons, it’s a little better quality than the Old Timer knife. I’ll always have a pocket knife on me.

I also concealed carry, a little Glock 43. That’s my EDC. I’m one of those people who, from a constitutional carry state, would rather have it and never need it than need it and never have it. I enjoy the practicality of self-defense even though I don’t expect to get ambushed ever.

I definitely upgraded from the crappy Army belt to one of the clutches over style, like a rigger’s belt, since I’ve been out of the service. When I go hunting, though, I definitely grab my old tactical tailor belt. I go hunting any chance I can but I wouldn’t call myself an avid hunter who wants to go out and shoot a 400-pound elk or something; I was just down with the Black Rifle Coffee Company guys in South Dakota spearfishing. For hunting, I’ll always have paracord in my bag, a good set of binoculars, and a change of underwear and a T-shirt and stuff like that. Equipment-wise, my bag will always have a compass in it at least, [and] an extra lighter or two.

I always carry a baseball cap unless I’m going to some fancy things. During deployment, any chance I had to swap in my baseball cap, I’d do it. It was a Dodge Ram Hemi cap that was with me all through my deployments until it had to be permanently retired. I figured it was tactical since it was tan, but the Army didn’t appreciate it when I submitted that for my Medal of Honor ceremony, though!

Normally, I always carry a handy pair of socks nearby. My feet sweat a lot regardless and always having a fresh pair during deployment or living in this neck of the woods in North Dakota, I’ll always have a chance to throw ’em on.

What’s your advice for the everyday carry of those following in your footsteps overseas?

Always have a knife. In a pinch, a knife can be a screwdriver, a pry bar … you can do a lot of things with a simple knife. And extra ammo. Always carry extra ammo. Oh, and a flashlight. I always try to keep a flashlight handy. If I don’t have one in my pocket, I can find one within a couple of minutes of needing one.

I’d also recommend carrying a pen and paper. I always had a fucking notebook and a fucking ink stick with me. I have a shit memory, and I hate typing things into my phone because technology doesn’t agree with me sometimes, so I have crap-tons of Post-It notes and chunks of paper stashed everywhere in my house. It ain’t perfect, but it gets the job done.