A lot has changed about job searches during the past decade. Numerous job-hunting and resume websites allow you to upload... 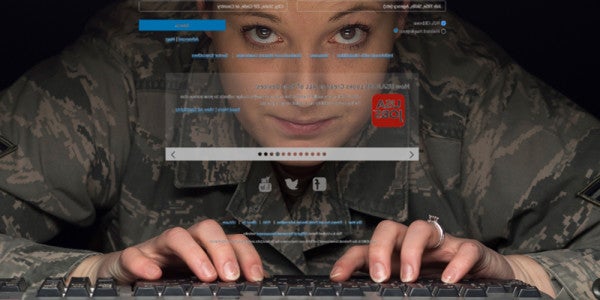 A lot has changed about job searches during the past decade. Numerous job-hunting and resume websites allow you to upload resumes and apply virtually for new jobs. Social media helps you form a network anywhere in the world. And many companies want to support veterans by assisting in the hiring process.

Despite the convenience of these technologies, one successful veteran in the human resources field encourages fellow service members not to overlook the old-fashioned job search skills that are still valuable today. Michael Gruber is the senior vice president of talent acquisition at Compass Group, a company in the food service industry that hires roughly 100,000 individuals each year. He has worked in HR positions since the 1990s, when he was in the Army recruiting local nationals to work at European military bases.

After six years in the Army, primarily spent overseas, Gruber was ready to return to the U.S. as a civilian. His time in the Army had led him to work in 13 different countries, and he had used his benefits to earn two different degrees — a bachelor’s in psychology and a master’s in human resources. Still, in the 90s, transitioning from military to civilian work was a different process than it is today.

Hirepurpose asked Gruber to share what strategies worked then and how veterans can still use those skills during job searches now.

After you got out of the Army, what aspects of your job search would you recommend to others?

In the military, you know your end date, so you can start early, at least a year in advance. I was overseas and didn’t apply for jobs until I returned to the U.S. I saved up leave so I exited in May, but had leave until July. I found a job quickly and was only unemployed for a few months.

First, I focused on the geography of where I wanted to be. I started by looking at whatever I could find — newspaper ads, some basic online searches. Now people can use LinkedIn.

After that, use websites to narrow down what jobs you want to do. Narrow it down based on your skill sets from the military, then translate it to a civilian sense.

Finally, once those basics are nailed down, take advantage of online networks, such as social media. I was bombarding people with resumes and hoping for the best. Hopefully, the process should be less stressful now as people start networking and using online resources.

I had a unique opportunity to get in and learn recruiting at a ground level. That experience led to me being a partial owner of another large company, which eventually led to my current position. I learned if you get out of the military, you may envision what kind of job you want and how much you want to get paid. But don’t get too wrapped up in the particulars. Keep an open mind for long-term possibilities. When you see an opportunity, take advantage of it, even if it’s not the perfect scenario you envisioned.

From an HR perspective, what qualities do you think military veterans can offer a civilian company?

Veterans, and anyone from a military environment can deal with ambiguity. You never know what can be handed to you. You don’t know where you will be stationed or when you will deploy again, etc. Being able to handle that uncertainty is an important skill set. Also, from the beginning, younger service members learn the basics of being accountable — being on time, being where you are supposed to be and doing a task well. Those are essential skills for any job.

What is your best advice for military veterans seeking jobs?

The No. 1 thing I learned from the Army was how important training is. Training by repetition is a great way to learn. Take advantage of what the military offers from a training perspective, because training really pays off. Long-term, as you start your military career, focus on what you can earn while in the military. I earned two degrees while in the service. The military pays for your education before you start using the GI Bill, so take advantage!

From my vantage point in the civilian world, an exiting military member should look for companies that will help them above and beyond events. Job fairs are helpful, but the job search is a little about luck and a lot about timing. Ask what various companies and organizations will do with your data and how they will share it on an ongoing basis. Do they have a good social media base where they will keep pushing out your resume even when you aren’t attending job fairs? That’s how you will get noticed.

Finally, I have to bring this up. We are in an era now where a lot of organizations are trying to help veterans transition. When I got out in the ‘90s, veterans were looked upon as having good traits because of serving their country. Somehow, in this desire to help veterans, some people are now teaching veterans that it’s going to be super hard. I think sometimes this kills veterans’ confidence. They need to remind themselves that they have training and skills, and not be intimidated by the transition. Keep your confidence, because sometimes people want to help you so much. Focus on all you have accomplished. Veterans don’t need charity; they need to be treated fairly.