The Air Force has approved Magpul Industries Corps.’s GEN M3 PMAG, a polymer-based ammunition magazine, for use with small arms... 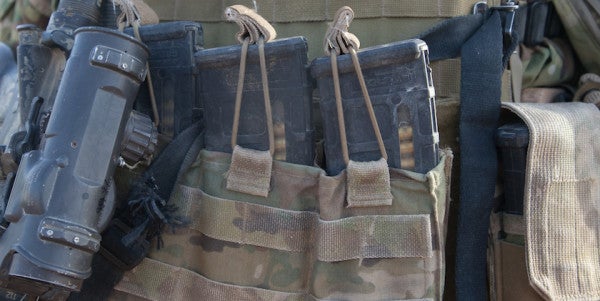 The Air Force has approved Magpul Industries Corps.’s GEN M3 PMAG, a polymer-based ammunition magazine, for use with small arms and light weapons, becoming the second U.S. military branch to adopt the highly popular accessory this year,Soldier Systemsreported on Aug. 29.

“We are certainly pleased that another major service component has taken their own look at the test data and come to the same conclusion as the Marine Corps and [U.S. Special Operations Command],” Magpul toldSoldier Systemsin a statement.

The Air Force formalized approval of the PMAG in July ina document entitled “USAF Authorized Small Arms and Light Weapons (SA/LW) Accessories (as of 28 July 17).” According to that document, the PMAG is now authorized in both black and tan for use with the M4/M4A1 Carbine, GUU-5P Carbine, and the M249 Automatic Rifle.

The PMAG will replace the magazine currently used by the Air Force — the Enhanced Performance Magazine — through “attrition”: broken or defective magazines will neither be fixed nor swapped out for new ones, but rather discarded as the PMAG is phased in.

The PMAG has been the magazine of choice for many within the Special Operations community since it first rolled off the assembly line in 2007. And for good reason: rugged and dependable, the PMAG has proven to be one of the best — if not the best — magazines for the AR15/M4 platforms.

But the military has been slow to warm up to the idea of standard-issued PMAGs. In 2012, both the Army and the Marine Corps banned their troops from using anything but the government-issued aluminum magazines as more and more PMAGs began surfacing on the battlefield. Despite the obvious superiority of the PMAG, the services cited performance concerns as the reason for the ban, according toMilitary Times.

In January 2017, following years of testing at various government facilities, the Marine Corps finally adopted the PMAG as its official standard magazine. “The [PMAG] was the only magazine to perform to acceptable levels across all combinations of Marine Corps 5.56mm rifles and ammunition during testing,” Marine Corps Systems Command toldMilitary Times at the time.

The Army has not yet signaled that it will follow suit, even though the PMAG is standard-issue for the Army’s 75th Ranger Regiment, which technically falls under SOCOM, and the branch has periodicallyfielded the mag to troops serving in Afghanistan. But Magpul remains hopeful that the Army will eventually see the light.

“Given the body of existing data, the extensive fielding history since 2013, and the current experiences of the USMC after their adoption, we hope that Army leadership can put aside their concerns over the viability of their on magazine program and give soldiers the reliability advantage that is enjoyed by the USMS, USSOCOM, and now, the USAF, with the GEN M3 PMAG,” Magpul told Soldier Systems.