"I knew she was in there, and I knew she needed to get out." 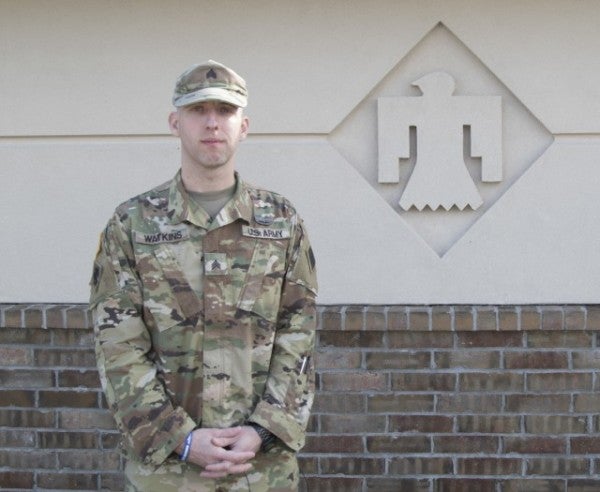 For Oklahoma Army National Guardsman Sgt. Darren Watkins, the night of Feb. 28 started out just like any other.

Watkins — a Wagoner County sheriff's deputy and soldier with the 2120th Engineer Battalion, 90th Troop Command, Oklahoma National Guard — started his shift that Friday night after attending a daddy-daughter dance with his youngest child, according to an Army press release.

After a relatively routine few hours, Watkins was dispatched to a fire in a vacant home around 4 AM. When he arrived, he realized that the house next door had also caught fire, only that home wasn't vacant: there was an elderly widow inside.

“I knew she was in there, and I knew she needed to get out,” Watkins said in the press release. “I really wasn't thinking of anything else.”

Watkins entered the home and found the woman inside; he helped gather things like photographs and other objects of importance, and was helping lead her towards the exit when she attempted to open the garage door to get to her car.

The garage was “where the fire was the most intense,” per the release.

Watkins said he held the door closed and pulled her away from the garage. He was told later by firefighters that “if she would have opened that door the fire in the garage would have flashed into the living room” and could have injured both of them.

He ultimately moved her, along with her four dogs, out of the house and to safety. Moments after they exited and were a safe distance away from the home, the garage “exploded” behind them, Watkins said.

“I have had some crazy calls in the past,” he said. “But this was probably the craziest with the best outcome.”