That’s not a solution 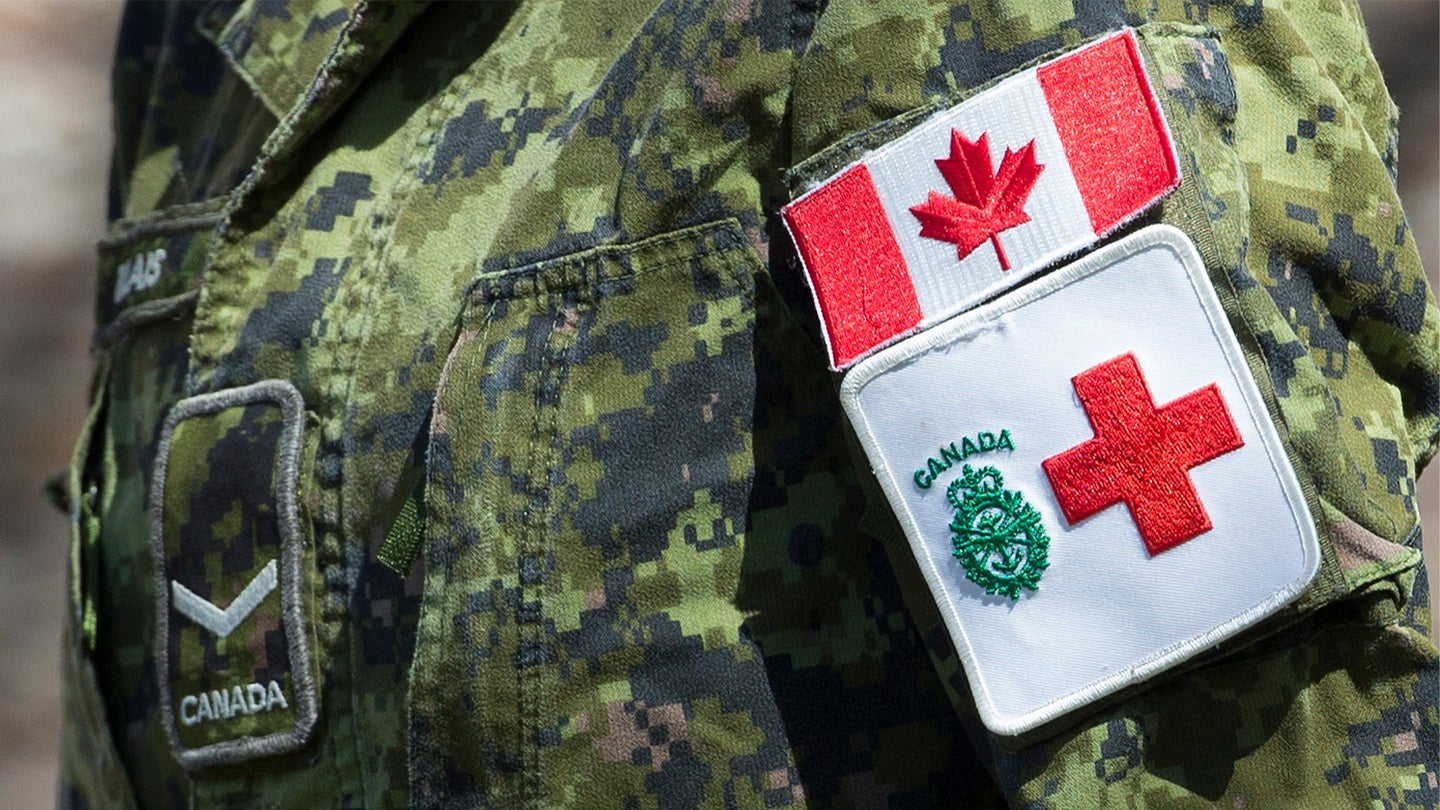 Patches worn by a member of Canadian Forces personnel, tasked to Eatonville Care Centre on The East Mall, as she heads to a transport bus following the day at the nursing home. (Rick Madonik/Toronto Star via Getty Images).
SHARE

As reported by Canada’s Global News, the veteran received the advice of a medically assisted death unprompted after seeking out treatment for a traumatic brain injury.

Veterans Affairs Canada confirmed that the incident occurred between the veteran and an employee “where medical assistance in dying was discussed inappropriately.”

The agency added that it “deeply regrets what transpired” and that “appropriate administrative action will be taken,” although no further details were offered.

According to Global News, the veteran had never discussed the issue of a medically assisted death, and was shocked by the suggestion. His family told Global News that he was seeking treatment for injuries he had suffered in the line of duty and that he had been making improvements to his mental and physical health before this bit of advice.

Trauma and suicide are real issues facing not only the American military, but Canada’s as well, which makes the suggestion of a medically assisted death as a solution to post-traumatic stress disorder all the disturbing.

As one retired Canadian Army Sgt., who suffered an injury of his own in Afghanistan,  told Global News, “To have a ministry whose responsibility is (to care for veterans) to say, ‘Well, maybe we could help you not be here,’ does that reinforce the feeling that it wasn’t worth it, that it was wasted?”