Two ISIS militants captured in a raid in Syria

The operation was the latest in a series of attacks against ISIS in the last three months. 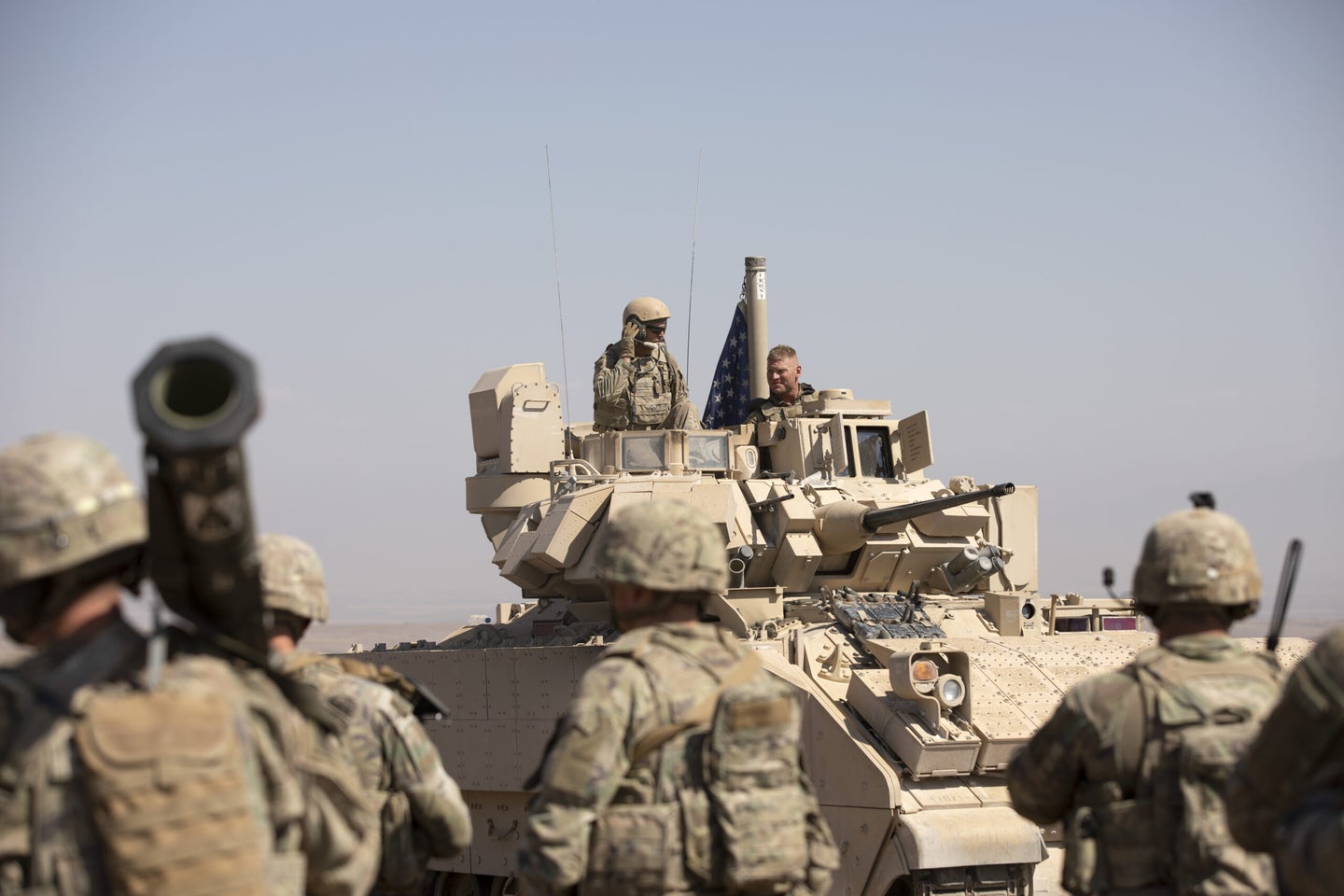 AL-HASAKAH, SYRIA - SEPTEMBER 7: US forces provide military training to PKK, listed as a terrorist organization by Turkiye, the U.S. and the EU, and the YPG militia, which Turkiye regards as a terror group at the Al-Malikiyah district in the Al-Hasakah province, Syria on September 7, 2022. US Special Forces provided armed training to 240 YPG/PKK members in the area, close to the Turkish-Iraqi border. In the training, in which many US-made Bradley armored fighting vehicles were used, the militants were taught about the use of light and medium weapons. US helicopters also did reconnaissance flights in the training area on Tuesday. (Photo by Hedil Amir/Anadolu Agency via Getty Images).
SHARE

American special operations forces and partners captured two ISIS militants Saturday in a raid in eastern Syria, the latest in a string of operations against the militant group in recent months.

The Saturday raid captured militants Abdallah Hamid Muslih al-Maddad, also known as Abu Hamza al-Suri, and described as an “ISIS facilitator,” as well as logistician Husam Hamid al-Muslih al-Maddad, al-Khayr. A third individual described only as an “associate” was also taken prisoner but was not named by U.S. officials. The operation was a joint helicopter and ground assault.

“This operation reaffirms CENTCOM’s steadfast commitment to the region and the enduring defeat of ISIS,” U.S. Central Command spokesperson Col. Joe Buccino said in a release. “The capture will disrupt the terrorist organization’s ability to further plot and carry out attacks that threaten regional security and stability.”

CENTCOM did not say where the special operations forces operated from. A civilian was injured in the raid but given care and released back to family. CENTCOM did not identify the partner force, although the U.S. has regularly worked with members of the Syrian Democratic Forces in anti-ISIS raids.

The raid is the latest strike on ISIS in Syria. In December, American forces captured half a dozen ISIS members in a trio of helicopter raids. On Dec. 11, one mission in eastern Syria killed a pair of commanders. Despite ISIS’ stronghold at Baghouz falling in 2019, the group has remained a threat and active in Syria, which remains locked in a bloody civil war. The terrorist group’s commander Abu al-Hassan al-Hashimi al-Qurayshi was killed in a fight with the Free Syrian Army in November, nine months after his predecessor died during an American raid. American troops and coalition partners including the Syrian Democratic Forces have maintained they will continue to go after members of the group. The U.S. has several hundred troops in Syria as part of anti-ISIS operations.

This weekend’s raid comes two days after a drone attack hit the U.S. military base at al-Tanf in southeastern Syria. No American forces were hurt by the three one-way drones but one Syrian Democratic Forces member was injured. No group has claimed responsibility and CENTCOM has not accused any group of carrying out the attack.

“ISIS represents a threat to our partners, and to the people of Iraq and Syria and beyond,” Buccino added. “Our mission to defeat ISIS alongside our partners continues.”