The comments came at the Reagan National Defense Forum this weekend. 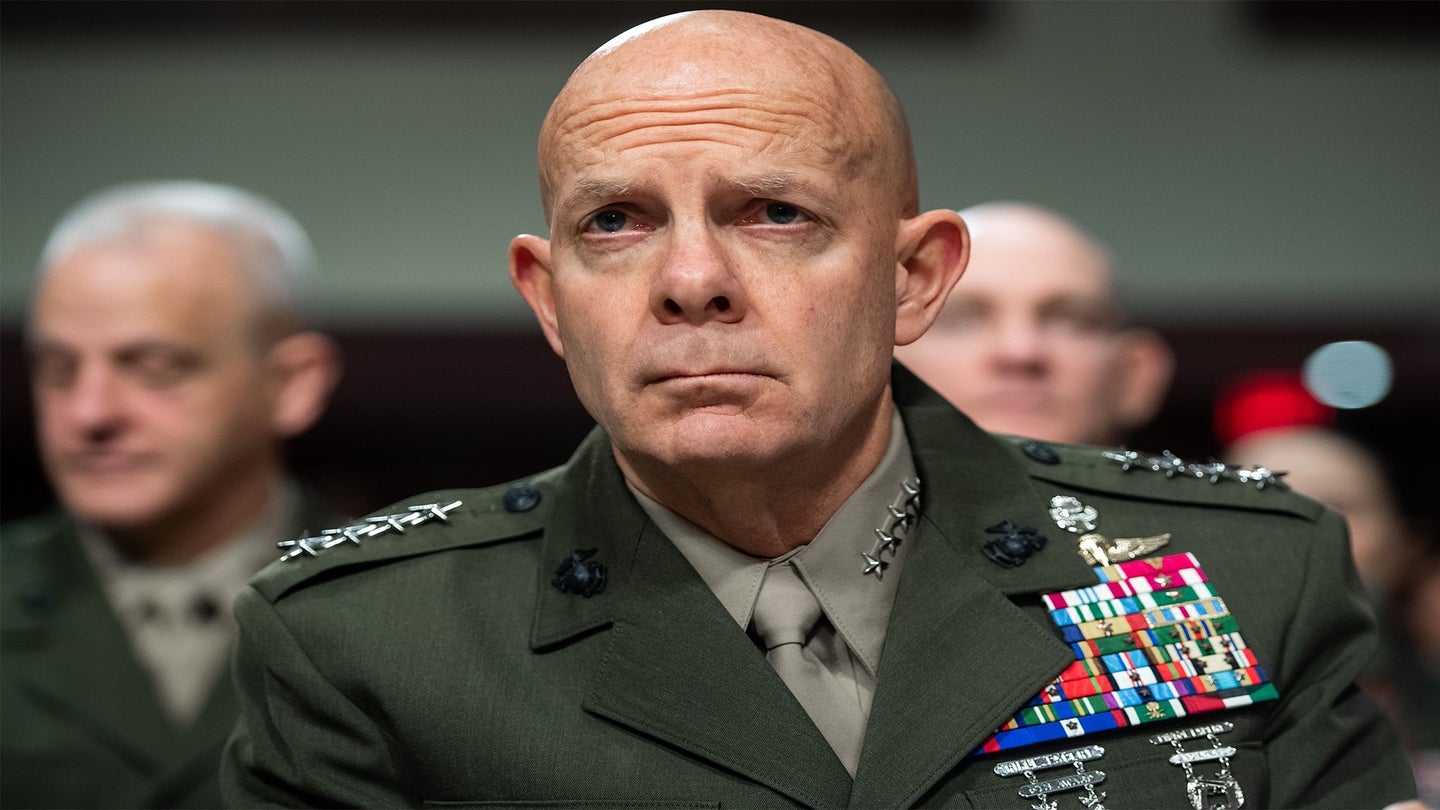 Speaking at the Reagan National Defense Forum in Simi Valley, California on Saturday, Gen. David Berger said, in regards to the vaccine mandate, that “Where it is having an impact for sure is on recruiting, where in parts of the country there’s still myths and misbeliefs about the backstory behind it,” according to Military.com.

The Marine Corps currently mandates vaccination except in the case of religious exemptions, and while Berger stood by the Corps’ current vaccination policy, he did not deny that it has had a noticeable impact on recruiting, highlighting the South in particular.

“There was not accurate information out early on and it was very politicized and people make decisions and they still have those same beliefs. That’s hard to work your way past,” Berger said in response to a question at the forum. “You talk to me in the cafeteria, and one of my first questions is, ‘Do I have to get that vaccine?’ And you go, ‘Yeah, you do.’ Ok, I’ll talk to you later. It’s that fast.”

The Marine Corps met its recruiting quotas for 2022, but recruiting in general remains a struggle and an ongoing concern for all the services. The Army missed its 2022 goals by 25% — approximately 15,000 soldiers. To help make up for the shortfall, the service has even introduced the Future Soldier Prep Course, a kind of basic training for basic training, designed to acclimate potential recruits who otherwise don’t meet the minimum physical or aptitude requirements for enlisting. The head of Air Force recruiting is even personally reviewing tattoos of potential enlistees to help expedite the recruiting process.

According to the latest Marine Corps data on COVID-19 vaccines, released on Dec. 1, 96% of active duty Marines are fully vaccinated and 99% are partially so. The numbers for the Reserve component are similar, with 96% both fully or partially vaccinated. There are currently 333 approved medical or administrative exemptions, while 23 religious exemptions have been granted. As of Dec. 1, 3,717 Marines have been separated from the service for vaccine refusals.

Berger’s comments come at a time when Congress is considering ending the current vaccine mandate. House Minority Leader Kevin McCarthy (R.- Calif.) has said that the upcoming National Defense Authorization Act — essentially the Department of Defense’s budget for the upcoming fiscal year — will not be passed unless a vaccine mandate for service members is lifted.

On Saturday, Secretary of Defense Lloyd Austin stood by the current mandate, telling reporters that “A million people died in the United States of America. We lost hundreds in DOD. So this mandate has kept people healthy.”

He added that, “I support continuation of vaccinating the troops.”