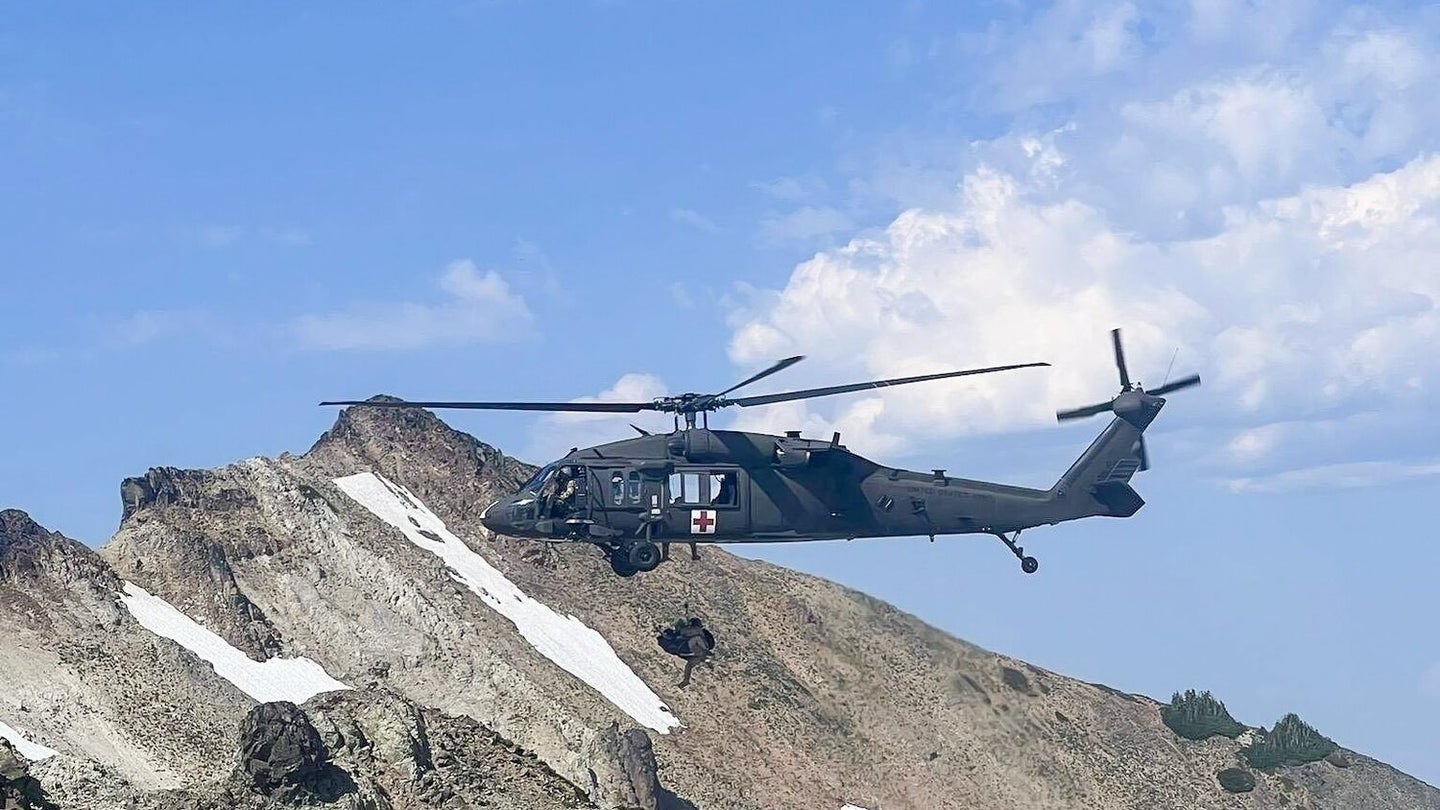 The American military’s main focus is deployment abroad, but several units based in the United States have specific missions to deploy locally. Not for combat, but for rescue operations. And in the Pacific Northwest, the United States Army Air Ambulance Detachment- Yakima (USAAAD-YTC) also known as “Yakima Dustoff,” 2-158 Assault Helicopter Battalion, 16th Combat Aviation Brigade has been busy this past month doing just that. Over four days in late July, the unit launched three rescue operations to save the lives of people trapped in the Washington wilderness.

The first of the three missions came on July 28, when the unit received a call about a hiker suffering dehydration on the Pacific Crest Trail. The crew was able to locate the hiker and pulled her up via rescue hoist before transporting her to a hospital.

“These were the first civilian rescue missions since early March that we supported,” Capt. Alec Degroat, commander of USAAAD-YTC, said in a statement on the four days.

The unit is based in Washington state, and receives calls from local sheriffs departments and the Washington State Emergency Operations Center. Yakima Dustoff’s helicopters are able to quickly reach mountainous areas and crews can deploy from them to pick up people who are hurt or lost.

The next call came on July 29, with a hiker having fallen near Mount Stuart, breaking a femur. The trail was not near any major road, meaning regular, ground ambulances would have taken a long time to get to the hiker, who was in the wilderness thousands of feet above sea level. The Army Air Ambulance helicopter was able to launch and got there in under an hour, pulling off another hoist operation.

The third call also was to a situation where a hiker was well outside of easy reach by emergency services on the ground. This was late at night, just after 1 a.m. on July 31, and a hiker was on the Enchantments Loop Trail, not far from Leavenworth, Wash. when they suffered illness from the heat in the area. Yakima Dustoff responded to the call, but wasn’t able to immediately extract the hiker. Instead, they tossed down some aid equipment and returned a few hours later, this time able to safely rescue the individual.

The Pacific Northwest is a popular hiking spot, but inclement weather during the winter kept hikers out of the area for some time, but warmer weather in spring and summer brought people back, according to Degroat. Unfortunately it also increased the risk of hikers getting hurt or lost, prompting the Army Air Ambulance to take action.

“We rarely know the full situation until an aircrew arrives on-scene, but we prepare to conduct a hoist extraction for any rescue mission. Our primary considerations are the survival of our patient, and safety of our aircrews. Paramount to our success and safety is the rigorous, thorough, and continuous training we conduct on hoist operations,” Degroat said.

The military often helps conduct rescue operations in nature or in natural disasters around the United States. It’s been a busy summer for that. Flooding in Kentucky prompted massive evacuations. Not everyone could get out though, so combat controllers from Kentucky Air National Guard’s 123rd Special Tactics Squadron deployed across the state, rescuing 19 people trapped by the waters.

Also in late July, the Alaska Air National Guard’s 176th Wing had to deploy twice in one day to rescue three people from a pair of plane crashes.

It’s recommended that anyone hiking or going to remote areas have a satellite phone or emergency transmitter to reach rescue operations in case of an emergency.