Rescue squads raced to two lakes in the wilderness to rescue three people. 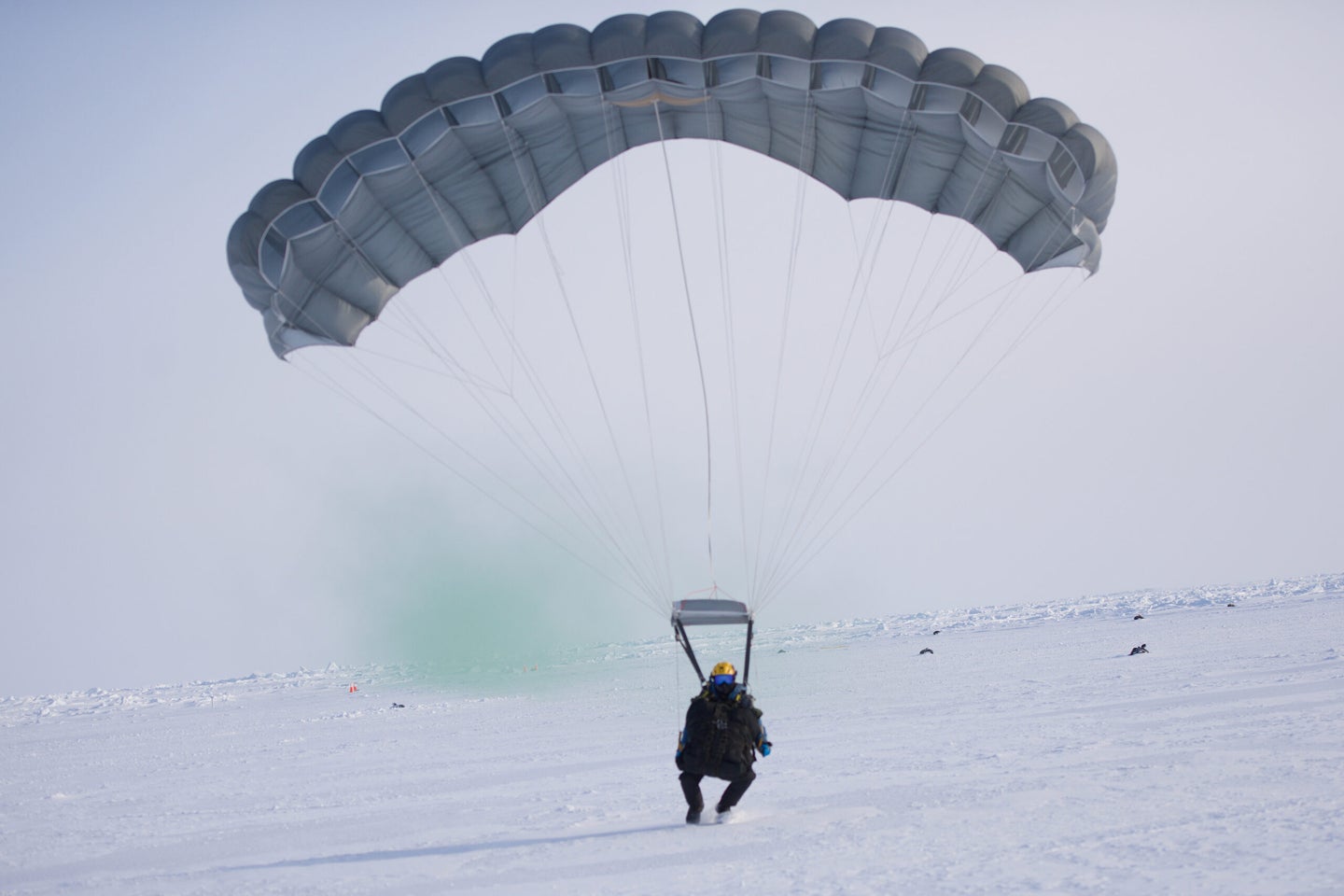 Plane crashes are something people hope to never experience. And for emergency responders plane crashes are dangerous, but rare situations they have to get to fast to save lives. This week the Alaska Air National Guard had to rescue people from a crash. Twice. On the same day.

Wednesday, July 27 was a busy day for the 176th Wing, the biggest unit of the Alaska Air National Guard. First the Alaska Rescue Coordination Center located an emergency signal from two people whose plane crashed near Tustumena Lake, a forested area approximately 70 miles south of the wing’s base at Joint Base Elmendorf-Richardson in Anchorage. The 176th Wing had to scramble a Pave Hawk helicopter loaded with guardsmen from the 210th and 212th Rescue Squadrons.

The crashed Super Cub had two occupants, one who was injured. One of the survivors stayed in communication with the rescue operators, giving them information ahead of their arrival. The guardsmen arrived and transported the pair to a hospital in Anchorage.

Later in the day, another signal was reported, this time near Chakachamna Lake, just under 100 miles west of Anchorage. Helicopters from the 210th and 211th Rescue Squadrons deployed and found the pilot of the crashed plane uninjured. He was taken to Birchwood Airport. The 176th had saved three people and quickly moved them out of crash sites.

In both cases, the Alaska Rescue Coordination Center was alerted to the crashes thanks to the planes’ 406 MHz emergency locator transmitters. The Alaska Air National Guard stressed the importance of having a working transmitter for situations like this. In Alaska, planes can be the primary mode of travel to get around the wilderness in the state, and as a result, small plane crashes are a reoccurring issue responders like the Alaska Air National Guard have to be ready for. Back in March, guardsmen had to deal with poor weather conditions while on a mission to rescue five people injured in a crash near Lake Iliamna.

This week’s rescues weren’t the first plane crash the guardsmen had to respond to this month. On July 18, the 176th Wing was dispatched to help two people after a Taylorcraft F-19 went down close to Lake Louise. Pararescuemen were able to assess the crash survivors, who were luckily uninjured, and transport them to a hospital.

Guardsmen often are dispatched to help or lead rescue operations. Alaska’s unique wilderness and climate presents its guardsmen with special challenges. Beyond plane crashes, the Alaska Air National Guard’s rescue units have to help rescue stranded hikers and even victims of bear attacks. The sea has sharks, Alaska has bears.