Ukrainian forces quickly captured Izyum and other cities in the region. 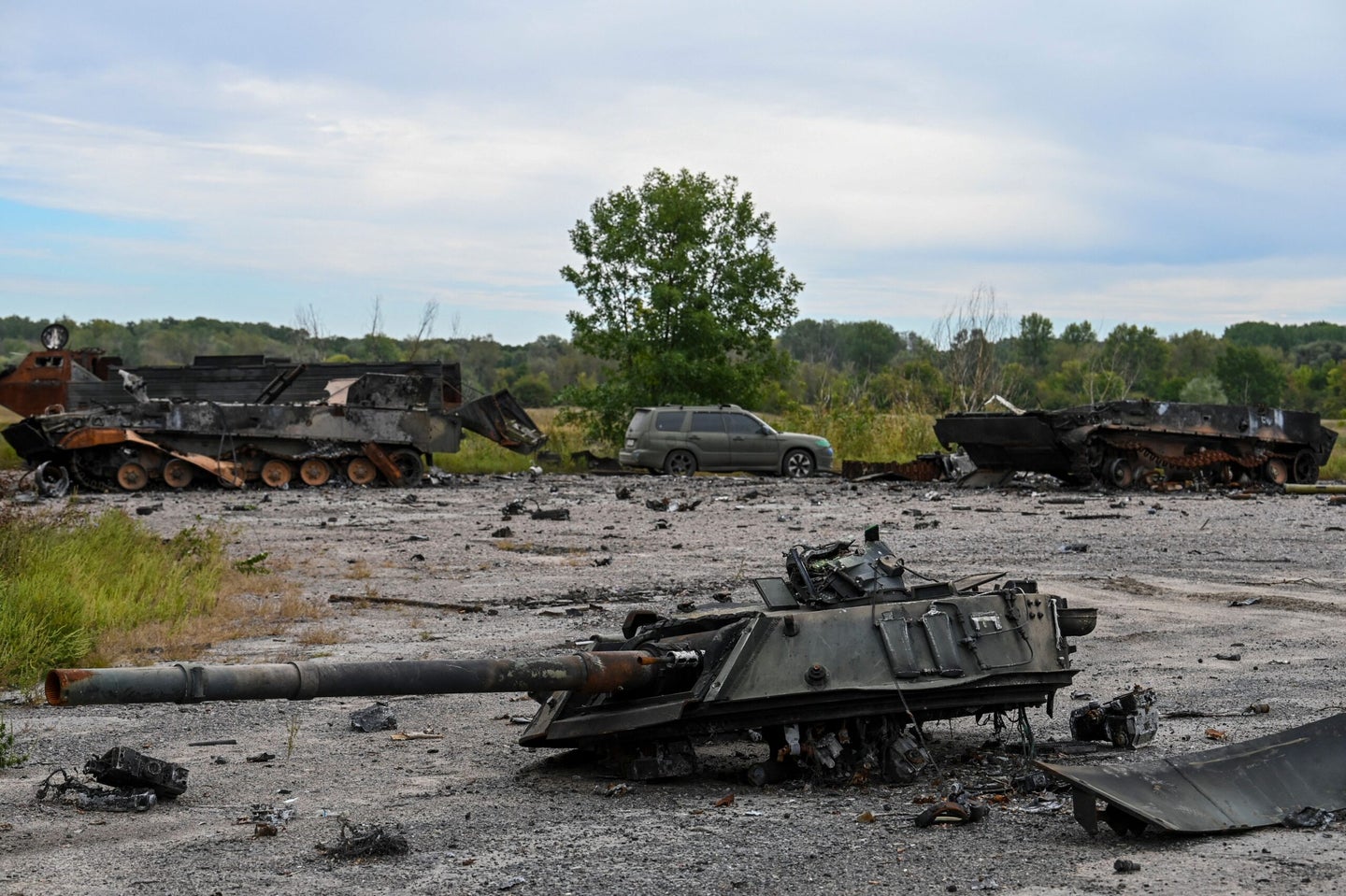 This photograph taken in Balakliya, Kharkiv region, on September 10, 2022 shows a destroyed military tank. - Ukrainian forces said September 10, 2022 they had entered the town of Kupiansk in eastern Ukraine, dislodging Russian troops from a key logistics hub in a lightning counter-offensive that has seen swathes of territory recaptured. (Photo by JUAN BARRETO/AFP via Getty Images).
SHARE

Russia is pulling its forces back from several towns in Ukraine’s east as Ukraine’s counteroffensive made major gains in the Kharkiv region. Ukrainian troops retook multiple towns and captured the cities of Izyum and Balakliya, according to local reports and the Ukrainian Ministry of Defense. In a rare admission of things going poorly for its forces, the Russian Ministry of Defense confirmed soldiers had left those areas and announced it will “regroup” its forces today.

“In order to achieve the declared goals of the special military operation for the liberation of Donbass, it was decided to regroup the Russian forces stationed near Balakl[i]ya and Izyum to boost efforts in the Donetsk direction,” spokesman Igor Konashenkov said.

That regrouping is happening as Ukrainian troops quickly move into territory the Russians are leaving, retaking as much as 70 kilometers of ground. The biggest gain was recapturing Izyum, a city of approximately 55,000 that’s been a supply hub for the Russian army due to serving as a rail hub for Ukraine’s eastern regions. The city’s mayor confirmed to the New York Times that Russian soldiers had left. This afternoon, Ukraine reestablished full control over Balakliya as well.

In some liberated towns, such as Kupiansk where Ukrainian special operations forces moved through, residents quickly painted buildings in the colors of the Ukrainian flag.

Kharkiv, the county’s second largest city, which also sits close to the Russian border, has remained in Ukrainian hands even as its surrounding territory was captured.

The Russian retreat from Izyum and other towns is the largest defeat for the Russian armed forces since Ukraine halted the initial push toward the capital city of Kyiv in the spring. Since then the fighting has been something of a stalemate driven by artillery warfare and entrenchment.

The counteroffensive is retaking ground so quickly that the pro-Russian administrator of Kharkiv urged an evacuation of the region “to save lives.”

The United Kingdom’s Ministry of Defense said that the sweeping gains are likely because Russia expected the Ukrainian counteroffensive to be focused around the southern city of Kherson, where fighting has been heavy in recent weeks. It’s the one city Russia controls that’s west of the Dnieper River, and Ukraine has launched heavy shelling both to destroy bridges and push Russian troops back. The sudden push toward Kharkiv likely came as a surprise to the Russian military.

Russia still has an overall advantage in military size and strength compared to Ukraine, but it has stretched its army of contract soldiers thin, and burned through so much artillery ammunition that it’s buying munitions from North Korea. Ukraine meanwhile has been receiving a steady supply of howitzers and HIMARS weapon platforms, which have been pushed to the front of these counterattacks.

CORRECTION: 9/10/2022; An earlier version of this article inaccurately stated that Kharkiv was under Russian control. The city was never captured although the surrounding area was.