The Wizards of War, Shrimp Boats, and Hillbilly Express — The best (and weirdest) Army unit nicknames

The "Hillbilly Express" nickname existed and no one told me? 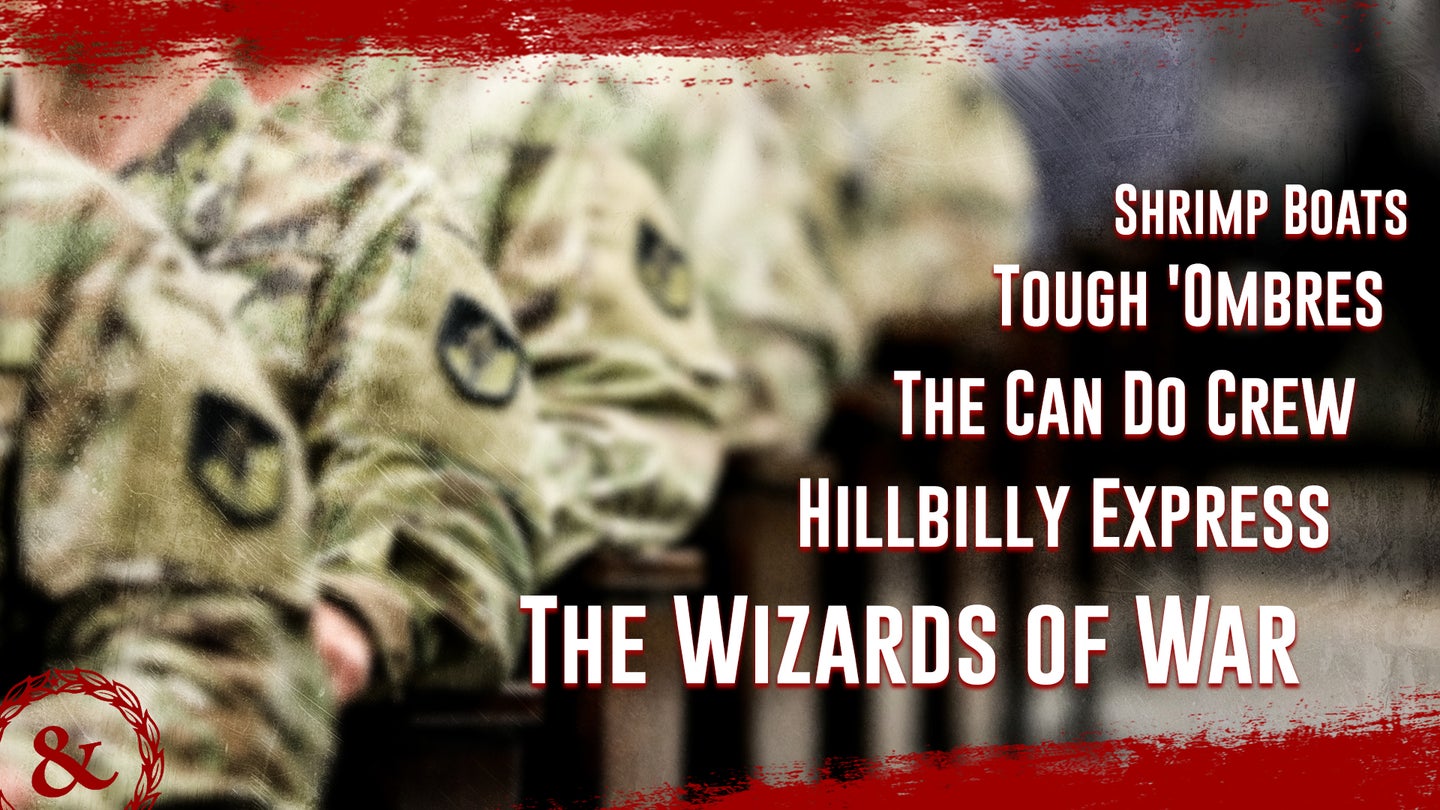 In my two plus years of covering the Army, I have learned a lot. And I mean a lot — some of which I probably would have been fine living my entire life without knowing.

But how in the world, after all the conversations I’ve had with soldiers, and all the emails I’ve received from readers, has no one mentioned to me that the nickname for the 1032nd Transportation Company of the Virginia National Guard was….Hillbilly Express?

We know the classics: the Night Stalkers, Old Ironsides, Hell on Wheels, and The Harlem Hellfighters, who only recently had their long-standing nickname made official. By contrast, others sound more like high school mascots than they do names for military units: the Bobcats, the Fighting Eagles, the Arctic Wolves, the Broncos.

But some of these are a bit more….creative. See for yourself.

What’s your favorite — or least favorite — Army unit nickname and why? Send me a note at haley@taskandpurpose.com