Ukrainian Special Forces Fight On Despite Lack Of Training And Supplies

Even though a Sept. 1 cease-fire agreement between Ukrainian troops and Russian-backed separatists has reduced the fighting, small firefights and... 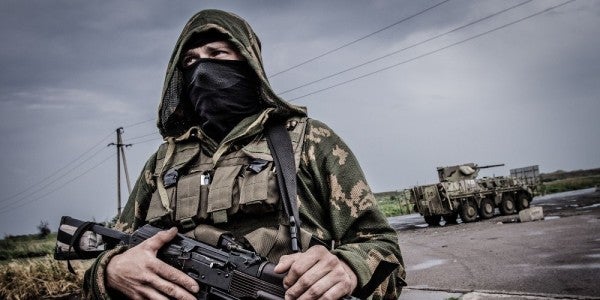 Even though a Sept. 1 cease-fire agreement between Ukrainian troops and Russian-backed separatists has reduced the fighting, small firefights and engagements continue and Ukraine’s special forces are leading the charge.

Though combat experienced, Ukrainian special forces, called Spetsnaz, have been fighting the separatists at a serious disadvantage due to a lack of equipment, formalized training, and an antiquated command structure.

“In many ways they are special forces in name only, relying on their esprit de corps and combat experience from earlier battles to remain effective on the front,” writes Thomas Gibbons-Neff of The Washington Post.