After 31-year-old Marine veteran Tim Foster received a 50% disability rating from the Department of Veterans Affairs in January, he … Continued 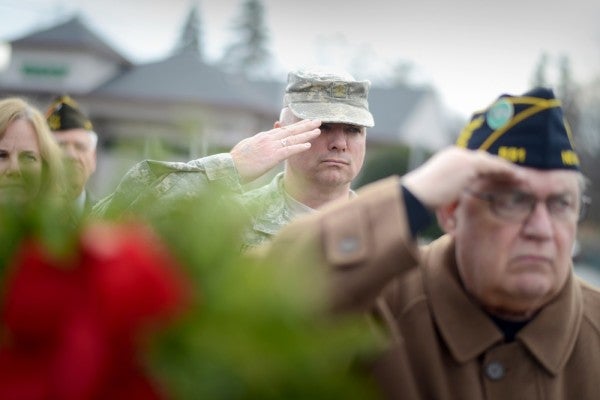 After 31-year-old Marine veteran Tim Foster received a 50% disability rating from the Department of Veterans Affairs in January, he was shocked to discover the compensation benefits would be withheld until May 2016.

The reason, Foster explained to Task & Purpose, is that he received $30,000 in involuntary separation pay from the Marine Corps when he was forced out in August 2014, due to personnel cuts. Foster said he accepted the separation pay, not realizing he would have to pay it back if he filed for disability.

And he isn’t alone.

In the last five years, the VA withheld more than $401 million in disability compensation from 24,988 veterans, with $261 million scheduled to be withheld from future benefits, according to Meagan Lutz, a spokesperson for the VA. The department’s public affairs office provided Task & Purpose with statistics breaking down these figures.The reason for this is due to 10 USC 1174, a federal law precluding duplication of benefits. The law requires that the VA recoup military separation benefits paid by the Department of Defense in cases where a veteran is subsequently awarded VA compensation, explained Terry Jemison, another spokesperson for the VA, in an email to Task & Purpose.

The VA is required to withhold some or all of a veteran’s monthly compensation until this recoupment is complete. The process can take years, and for some veterans, like Foster, their benefits are still being withheld long after they’ve spent their separation pay.

Tim Foster in his barracks at Camp Lejeune, North Carolina, in 2005 just before his second deployment to Iraq.Photo courtesy of Tim Foster

Foster, a combat veteran of the wars in Iraq and Afghanistan, served from June 2003 to August 2014 as an assaultman, before he changed jobs to be a missileman. Later, he spent three years as a recruiter before being separated as a sergeant.

Foster filed for disability benefits in October 2014 and since he was approved for compensation in January, he’s had his rating increased twice, first to 70%, and to 80%, where it stands now. Due to his health concerns, Foster said he is unable to work and with his disability benefits withheld until his separation pay is recouped, it puts him under financial strain.

After leaving the military, Foster moved from California to West Virginia, where he now lives and attends American Military University on the post-9/11 G.I. Bill. When he left the Marines, Foster spent three months looking for work, but in May of this year, he lost his job, and filed for individual unemployability.

It was also at this time that he began struggling with post-traumatic stress, he said. Although he is unable to receive compensation from the VA, he is still able to receive care.

“It doesn’t make any sense at all,” said Foster, who compared it to receiving a severance package after being laid off from a company, only to have social security require you to pay that money back. “Separation pay and disability pay come from two separate pots of money and they’re two totally separate things.”

As for the $30,000 in separation pay that he received? It’s long gone, said Foster, who explained that it went toward moving, housing, and living expenses.

“If I didn’t have to pay back that separation pay, I’d at least have something,” said Foster.