Military experience is valuable, but it’s not magical. We need to stop thinking of veterans and the military as “easy buttons” for hard problems. 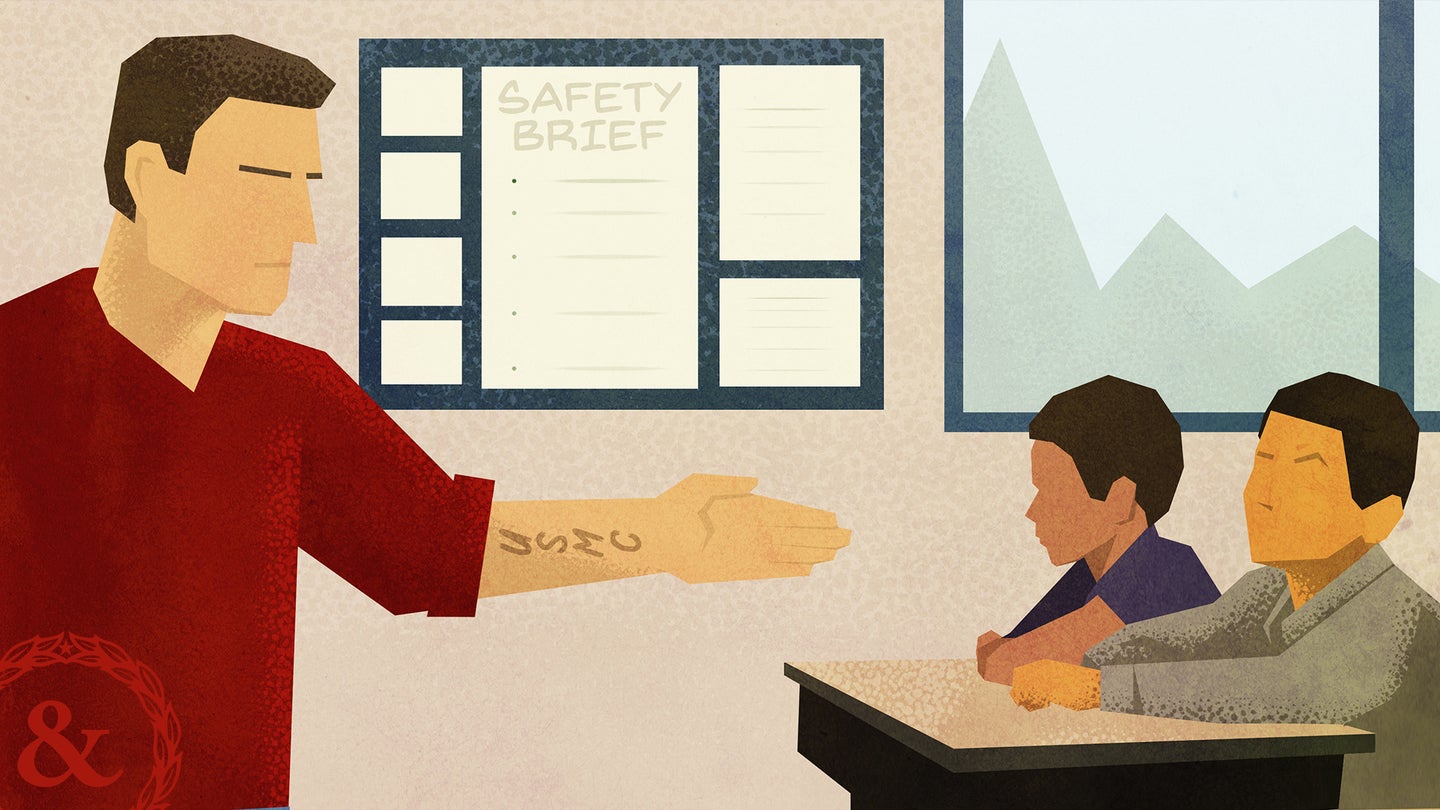 Just because veterans are good at receiving instruction, that doesn't mean every vet is inherently good at giving it. (Task & Purpose illustration by Aaron Provost).
SHARE

Veterans have superpowers. Jobs that normal people devote their lives to learning how to do, vets can do easily. Or in the worst case, pick up on the job by virtue of… having gone to boot camp, or something?

In spite of those abilities, we’re also told that vast numbers of vets are unemployed and need any work they can get, so politicians like to use veterans as a pool of manpower when devising fake solutions for problems they don’t want to solve.

Enter Florida. Florida has a shortage of 9,000 teachers, so Gov. Ron DeSantis is allowing veterans to become teachers without bachelor’s degrees or teaching certificates.

If you have 60 college credits (about half of what a degree requires), four years in the military with an honorable or medical discharge, and can pass a competency test on the subject you’ll be teaching, then you too can teach the future leaders of America. At least in Florida.

This is an absurdly low bar. It doesn’t even require an associate’s degree, just the requisite number of credits for one, meaning a vet could be too dumb to graduate community college and still become a teacher under this program.

A bachelor’s degree is by no means the gold standard of educational achievement, but at least it’s a standard. Florida does require a “Passing score on a Florida subject area examination for bachelor’s level subjects which demonstrate mastery of subject area knowledge.” That doesn’t inspire a great deal of confidence. Just as a GED really isn’t a one-for-one replacement of a high school diploma, a competency test is no substitute for a degree.

And teaching doesn’t just involve knowing things. It requires being able to convey that knowledge to others. That’s the reason teaching requires a teaching certificate. While the certification process may not be perfect, it’s better than nothing.

Veterans may have received a lot of instruction, but that doesn’t mean they’re automatically qualified to be teachers. If vets are honest with themselves, they have to admit that many military instructional techniques leave a lot to be desired. There’s a whole lot of PowerPoint and foot-stomping that would not go over well with National Education Association members.

Had Florida said something like, ”performed a military occupational specialty relevant to the subject taught and served at least two years as an instructor at a formal military school,” there might be grounds to take this new program seriously. A former medic who was an instructor at Fort Sam Houston could probably teach a high school health class — the stories he could tell about STDs alone would terrify teenagers into years of abstinence.

So yes, under certain circumstances, veterans could have the necessary knowledge to teach in schools without meeting the traditional benchmarks. But so could a civilian with analogous qualifications. There’s nothing inherently special about veterans that makes them better able to teach.

Under Florida’s new program, a veteran who did a tour as a mess specialist 20 years ago and had received a few college credits along the way is closer to a teaching job than a civilian with a degree and relevant experience. This is affirmative action for vets — giving preferential treatment to a specific group based on their membership in that group instead of their qualifications. It’s a slap in the face of those who actually worked to become teachers.

Florida’s desperate need for teachers might justify extreme measures — like increasing pay in order to attract qualified applicants. But veteran status shouldn’t have anything to do with it.

DeSantis is pretending that he’s actually doing something to address his teacher shortage while helping vets. In fact, he’s just demeaning both. If he had just let any random citizen with four years of work experience and some community college credits teach, he’d be justifiably pilloried. But now he can say he’s helping veterans and cloak in it a red, white, and blue smokescreen.

There is a place for legitimate career transition programs. Florida could have cooperated with the Department of Defense, Department of Veterans Affairs, and Department of Education to expand the existing Troops to Teachers program. That would show a commitment both to helping the troops as well as education.

Military experience is valuable, but it’s not magical. We need to stop thinking of veterans and the military as “easy buttons” for hard problems.

This attitude is reflected not just in Florida’s teachers plan, but also in ideas like having veterans guard schools after the murder of children in Uvalde. Same for groups trying to recruit veterans to run for office on both the left and right. When no one has a clue about how to solve a problem, many leaders just say “veterans!” That way anyone who says it’s a stupid idea isn’t just wrong, but also hates the troops.

Carl Forsling is a retired Marine officer and V-22 pilot who writes on military and national security issues. He lives in the Dallas-Fort Worth area.