While China clearly is the pacing threat, that does not mean that conflict will take the form of a high-intensity war in the Pacific. 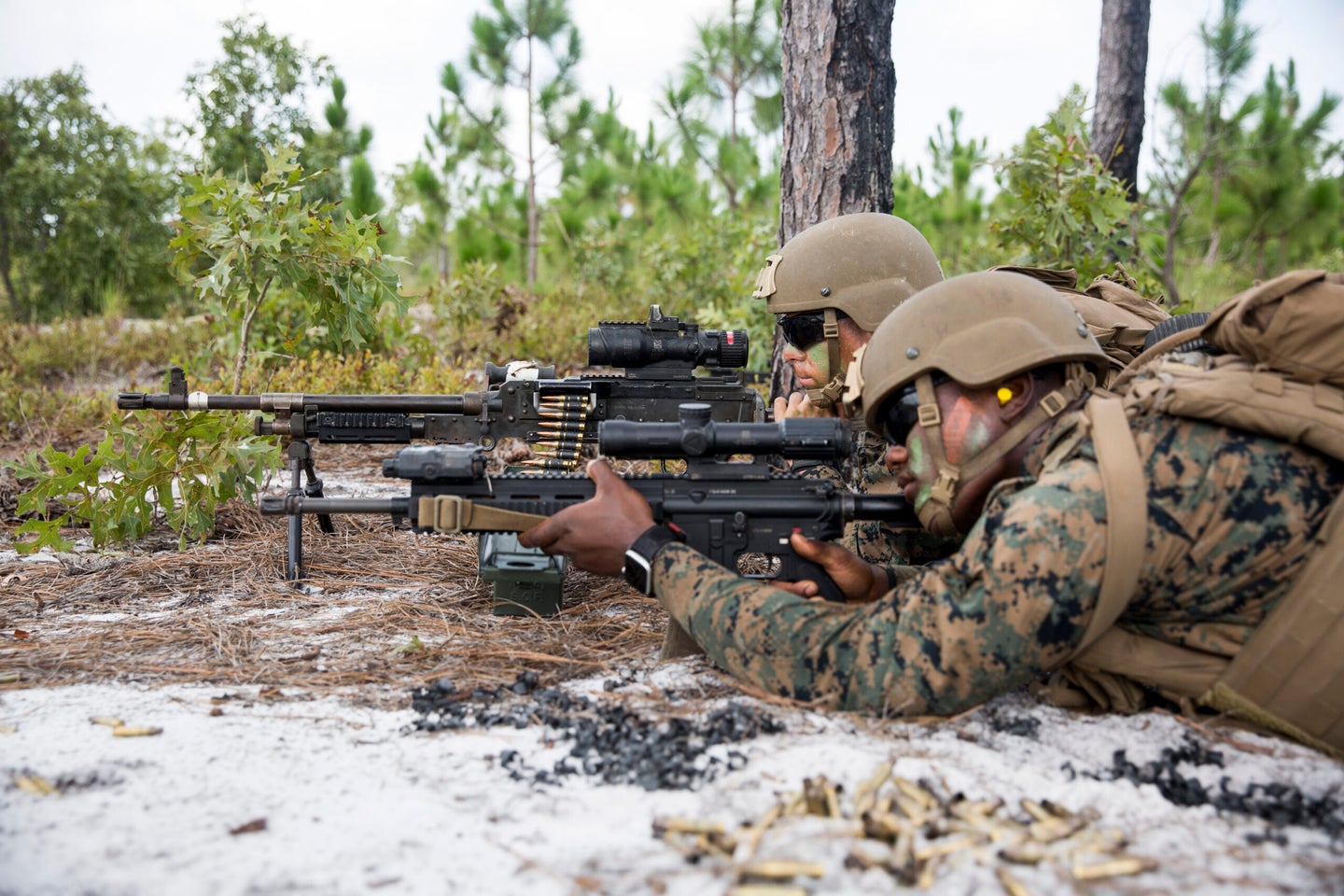 The recent controversy over the future of the Marine Corps has focused on Force Design 2030 (FD2030), a force planning document that dramatically re-imagines the Corps. Much of the criticism revolves around specific numbers of tanks, artillery batteries and aircraft divested and the number and size of infantry battalions. But that misses the broader issue. FD2030 is designed to support how the Marine Corps intends to fight in the future and against whom, and that is the more important issue. That operational vision is contained in future operating concepts, most recently A Concept for Stand-In Forces (SIF, December 2021).

The concept exists within the context of a high-intensity maritime conflict with the People’s Republic of China in the Pacific. One must grant that there is a certain maneuverist impulse in attempting to undermine the logic of the Chinese counter-intervention strategy by starting the conflict already inside the Chinese weapons engagement zone rather than having to penetrate it from the outside. As Sunzi said: “The highest realization of warfare is to attack the enemy’s plans.” But an impulse does not a viable concept make, and that commendable impulse creates a number of significant challenges, ranging from diplomatic to tactical, that render the concept questionable in total.

First, the diplomatic and strategic issues, which are significant and may even prove to be invalidating. This concept is based on an Island Chain Defense strategy, which requires that stand-in forces be in position before the onset of hostilities. The presence of U.S. forces will make those islands likely targets for a Chinese first strike. All those positions are the sovereign territory of some nation, which must give permission for stand-in forces to be present. The effort to maintain basing rights will be a major and ongoing diplomatic challenge for the United States, especially given the intense economic and other pressures China will put on those nations to deny those rights. Moreover, the strategy is of limited relevance to the defense of South Korea or Japan, both priority strategic imperatives for the United States. Finally, the defensive chain can be outflanked, as China’s recent security pact with the Solomon Islands suggests. China’s recent efforts to build a broader Pacific security pact, which would grant China access throughout the Pacific as the guarantor of regional security and stability, have been rebuffed for now, but China will only increase the proffered inducements.

While China clearly is the pacing threat, that does not mean that conflict will take the form of a high-intensity war in the Pacific.

For China, the main dimension of its contest with the United States is economic, not military, and it would consider the precipitation of direct armed conflict a strategic failure. “To win one hundred victories in one hundred battles is not the acme of skill,” wrote Sunzi, the forefather of Chinese strategic thought. “To subdue the enemy without fighting is the acme of skill.” China is investing heavily around the globe to gain influence, outspending the Unites States dramatically in places like Africa and the Caribbean. When it comes to conflict, China is much more likely to attack U.S. interests by encouraging insurgencies, proxy wars and discord generally than it is to initiate a cataclysmic conflict in the Pacific. Barring some unforeseen event that forces its hand, China will move on Taiwan when and only when it has succeeded in maneuvering the United States out of the region beyond the possibility of an effective response. Moreover, there is a steep strategic opportunity cost in having America’s force-in-readiness tied up potentially for years as stand-in forces in anticipation of an unlikely conflict at the expense of the ability to respond to the various crises that history tells us are guaranteed.

A key operational issue is to what extent the Navy, which clearly has other priorities, is committed to supporting stand-in forces. Will the Navy commit the necessary resources to inserting, displacing, extracting, sustaining and protecting stand-in forces? How the Navy will safely access those stand-in forces in an environment deemed too hostile for legacy platforms is unresolved. The identified means of insertion, redeployment and extraction (C-130, CH-53 and Light Amphibious Warship) have no stealth capability, so how are stand-in forces to be inserted or moved without the Chinese becoming aware of their presence? The ability to redeploy rapidly within the theater will require that Navy and Marine Corps transportation assets be kept nearby, increasing the detection and security problem.

Arguably the single biggest tactical question about the concept is a stand-in force’s ability to survive and be sustained. Widely distributed stand-in detachments will be vulnerable to attack and will have limited ability to defend themselves or be reinforced. A linchpin of the concept is a stand-in force’s ability to remain undetected through low signature, but this ability is highly questionable in the force described in FD2030. Stand-in forces are meant to be light and unencumbered by signature-heavy equipment, but one look at FD2030’s array of antiship missiles, air-defense missiles, unmanned surface vessels, radars, supporting vehicles and logistical capabilities belies the idea that these forces will be difficult to detect. The area in which stand-in forces will be light is traditional ground combat power, which means those isolated units, with little possibility of rapid reinforcement, will be vulnerable to piecemeal defeat by superior enemy forces.

Moreover, prior to conflict, it is expected that stand-in forces will engage in security cooperation activities with host-nation forces — “standing shoulder-to-shoulder with allies and partners,” in the language of the concept — which likewise will make their presence readily detectable by human intelligence. Finally, how are stand-in forces expected to employ sensors as part of the reconnaissance mission while remaining low signature?

Sustainment and other support to distributed stand-in detachments present a potentially invalidating challenge. Stand-in forces are expected to sustain themselves tactically through the local economy, which might be possible for some necessities but certainly not for ammunition and replacement parts. Casualty treatment and evacuation will be problematic, as will equipment maintenance and repair above the most basic level. Interacting with the local economy will produce a signature all its own — not one detectable by radar but a signature clearly detectable to human intelligence.

Taken together, the above issues call into question SIF’s overall operational utility. Those issues, rather than a specific platform or personnel cuts, are the things we should be discussing.

John F. Schmitt is a former Marine infantry officer. As a captain, he authored Fleet Marine Force Manual (FMFM) 1, Warfighting, and FMFM 1-1, Campaigning. He has written numerous joint concepts, including the Capstone Concept for Joint Operations: Globally Integrated Operations. He is the author of Mastering Tactics: A Tactical Decision Game Workbook.