US nuclear forces have quietly kissed their floppy disks goodbye

For more than 50 years, the Defense Department has used 8-inch floppy disks to coordinate the operational functions of the United States' nuclear arsenal — until now 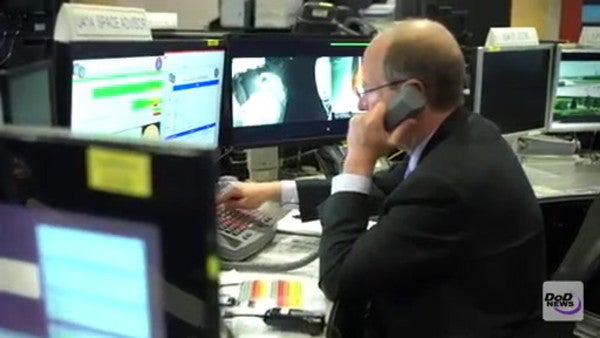 For more than 50 years, the Defense Department has
used 8-inch floppy disks to control the operational functions of the United States' nuclear arsenal — until now.

SACCS, which attained full operational capability in January 1968 and ran for decades on an IBM Series/1 computer system dating from the 1970s, is the primary network used by U.S. Strategic Command to transmit Emergency Action Message (EAM) to nuclear-capable forces regarding the execution of various attack options in nuclear exchange.

SACCS is usually represented in American pop culture by an emergency flash to a pair of extremely-nervous missile-men in a subterranean launch facilities, a la the famous opening sequence in the 1983 Cold War classic
War Games.

This solution has been a long time coming. A 2016 Government Accountability Office
report on the problem of federal legacy computing systems stated that Pentagon planned on “updat its data storage solutions, port expansion processors, portable terminals and desktop terminals by the end of fiscal year 2017,” including a $60 million “full system replacement” of SACCS scheduled for completion in fiscal year 2020.

According to the GAO report, SACCS in fiscal year 2016 cost $5.6 million for 175 users across the U.S. armed forces to operate and is expected to cost approximately $135 million to operate throughout its lifecycle, which was anticipated to end around 2030.

As C4ISRNet notes, it's unclear exactly which upgrades, if any, have been fully implemented yet. But according to the GAO report, they can't come soon enough.

“According to Defense officials, the system is made up of technologies and equipment that are at the end of their useful lives,” the report says. “The system is still running on an IBM Series/1 Computer, which is a 1970s computing system, and written in assembly language code … Replacement parts for the system are difficult to find because they are now obsolete.”

Despite the looming problems facing the old floppy-based SACCS, 595th SCS commander Rossi told C4ISRNet that the legacy system offered an advantage that will never be obsolete: security

“I joke with people and say it's the Air Force's oldest IT system. But it's the age that provides that security,” Rossi told C4ISRNet of the SACCS in an October interview. “You can't hack something that doesn't have an IP address. It's a very unique system — it is old and it is very good.”