What Is The US Military’s Oldest Piece Of Gear? 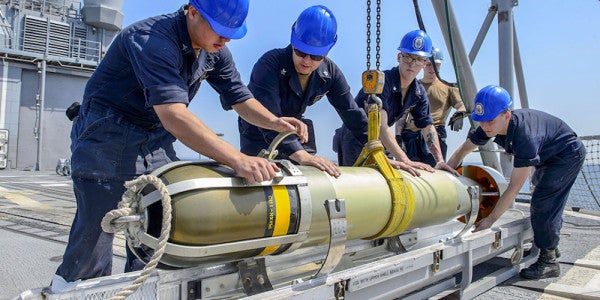 Looking at the photograph above, I was struck by how similar this torpedo looks, at least on the outside, to those featured in World War II photographs.

It made me think of other things in the military that really haven’t changed, like the M-2 .50 caliber machine gun. It is kind of weird to think of that — we don’t use airplanes or radios from World War II, but we do use some things that date back that far.

I wonder: what the oldest item is in the U.S. military inventory that is still is regular, common usage? I don’t mean like the USS Constitution, which is consciously a museum piece. I mean, things like the .50 caliber machine gun or entrenching tools.