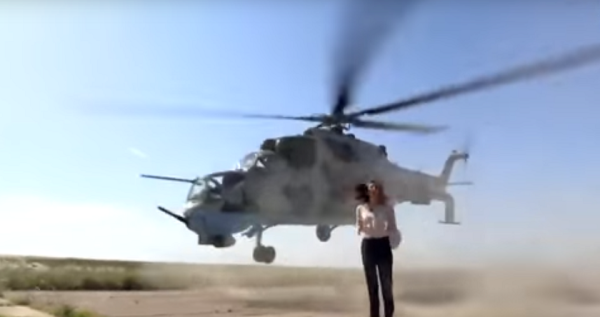 The June 28 video by The Caucasus Post shows a broadcaster standing in the middle of a very busy flightline in Azerbaijan while reporting a segment on the 100th anniversary of the Azerbaijani Armed Forces, according to the Aviationist.

As the broadcast begins, the reporter strays into the path of an oncoming Mi-24 helicopter gunship, and narrowly avoids disaster as the Hind gunship’s stub wing and launch rail passes just a foot or so from her scalp. But she doesn’t bat an eye. In fact, she stays put while about a dozen more Hind gunships fly by perilously close, and manages to wrap up the segment without losing her head.