‘Sir, you know what he did to me’ — An open letter to the Marine general handling my sexual harassment case 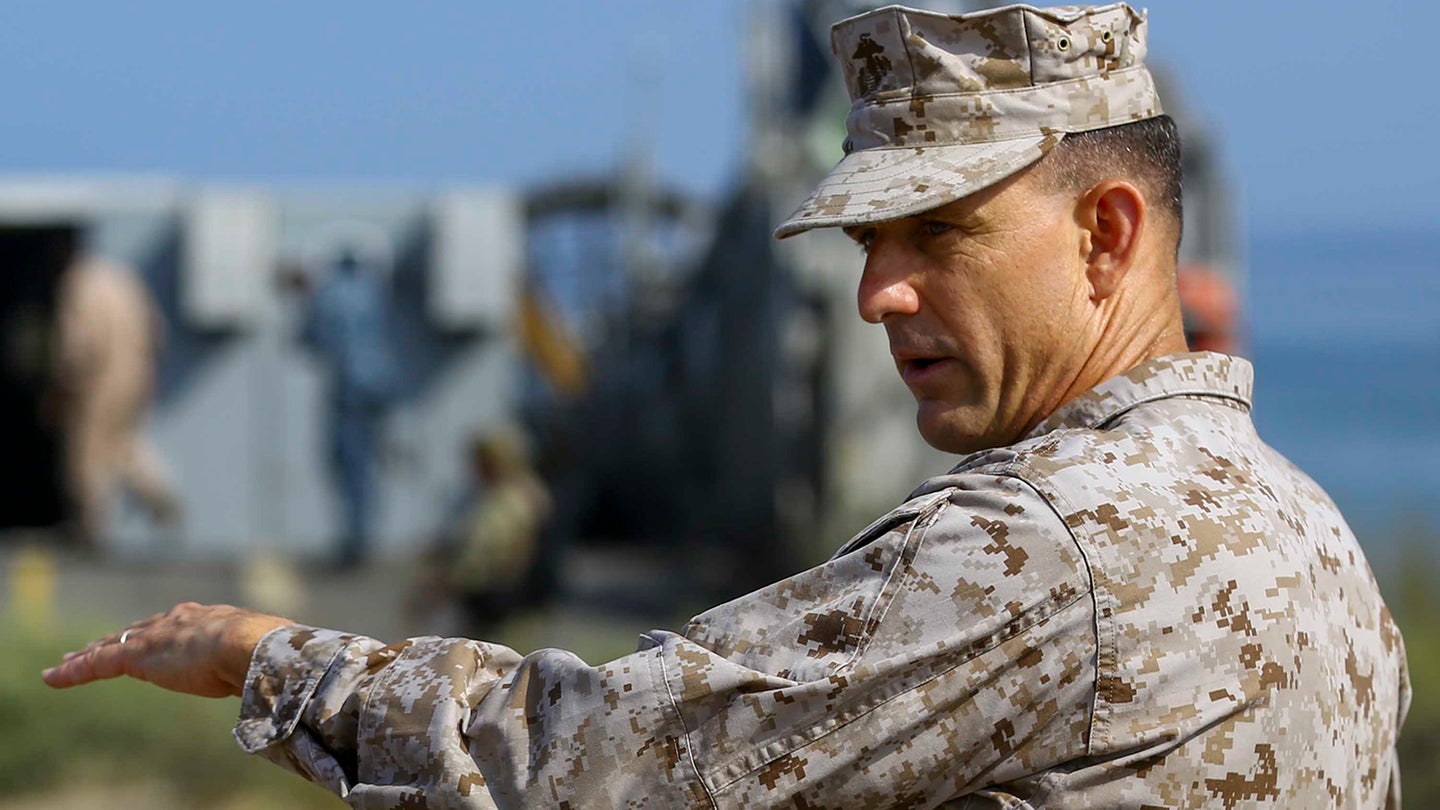 Last month, I was asked to provide you with a written recommendation after my complaint of military sexual trauma was substantiated.

As this is a topic that continues to affect more than 50 percent of American servicewomen, I’ve decided to do so in an open letter. I believe that our best chance at changing this pervasive culture of abuse is by raising the iron curtain that usually keeps our military and civilian worlds apart, and engaging the American public in honest, transparent conversations.

Here is my recommendation: I respectfully request that the Marine officer who continuously sexually harassed me over the course of several months not be allowed to remain in the service, let alone hold command.

I am disappointed by the lack of action taken so far to hold this Marine accountable. Sir, you know what he did to me. You read the 100-page investigation that looked into and confirmed the unwelcome sexual advances; the deliberate and repeated offensive comments, including accusing me of being “a high-class escort”; the salacious, rampant rumors he started about me that not only harmed my career, but also affected officers of much higher rank; the attempts to control what I wore, and who I spent my time with; the frightening, alcohol-triggered mood swings and subsequent oscillation between verbal berating and sycophantic praise. Towards the end of our time serving together, he texted me: “I’m very proud to have known someone as extraordinary as you.”

And yet — he had turned Camp Barrett into the most hostile workplace I had ever known.

Although my allegations were substantiated by an independent military officer almost five months ago, this first lieutenant continues to execute his daily duties as an officer and was just recently in charge of an entire platoon of enlisted Marines. So far, you have only issued him a Page 11 counseling — an administrative document that is little more than a slap on the wrist — for his misconduct. “I hope that this update provides you with some closure in the matter,” one of the Judge Advocates overseeing the case recently told me.

Sir, I ask you to reconsider such a mild reprimand in light of the abuse I suffered. This is not what closure — nor justice — looks like.

Military sexual trauma is an epidemic. A Rand report published earlier this year shows that sexual harassment, when left unaddressed, significantly increases a service member’s sexual assault risk. Countless studies document the terrible ties between military sexual trauma and long-term negative physical and mental health consequences, including posttraumatic stress, alcohol abuse, the perception of institutional betrayal, and even suicide. “Women in the military are twice as likely to die by suicide than those who aren’t serving,” a recent headline in The Hill warned. “The military’s culture is partly to blame.” Indeed, military sexual trauma is all too often swept under the rug. In fiscal year 2020, only 0.8 percent of military sexual-assault reports ended in sex-offense convictions.

I think you will agree with me that there should be no place for military sexual trauma within your command. In fact, the Marine Corps Order on Prohibited Activities and Conduct states that “discriminatory and harassment practices within the Marine Corps are counter-productive, unacceptable, and will not be tolerated.”

Commanders hold the specific duty of proactively preventing such behaviors. At the very least, a documented history of bullying and sexual abuse should be grounds for immediate separation. Any punishment short of this empowers the offender to repeat this unforgivable behavior and continue to hurt other service members.

I know that your command is capable of taking such swift action when an offense is deemed reprehensible enough. Just recently, one of your female lieutenants was accused of fraternizing with an enlisted Marine during a training exercise. She was immediately removed from her unit and deemed unfit for command by both her peers and superiors. She will likely never be allowed to lead Marines again.

Meanwhile, the male lieutenant who demeaned me with sexually-charged language on a daily basis and sought to destroy my professional reputation — all because I refused to sleep with him — has pursued a successful career within your command and will continue to be eligible for promotion.

What is worse for the good order and discipline of a military unit: consensual sex between two adults, or military sexual trauma? The command’s comparative actions and decisions in both cases I mention indicate it is the former. That cannot be right.

I love being a Marine. Earning that title is one of my proudest accomplishments, and I have previously written about the important life lessons I learned while on active duty. But the sexual trauma I experienced at the hands of this fellow officer will stay with me for a long time, perceptible in small yet unmistakable ways: the wave of anxiety that hits me whenever I drive through Quantico; the difficulties I encounter when it comes to trusting my peers.

This is the price I had to pay for the chance to serve my country. But it’s not a burden any Marine should expect to shoulder when they join the Corps. Sir, you have the ability, and the duty, to ensure the service of your Marines is more free and fair than mine.

Cybèle C. Greenberg (@cybele_cg) is an editorial fellow at The New York Times. Previously, she served on active duty as a Marine Officer in Virginia Beach and Quantico.