'So Quiet on the Canine Front' was part of a series of popular shorts from the early talkie film era. 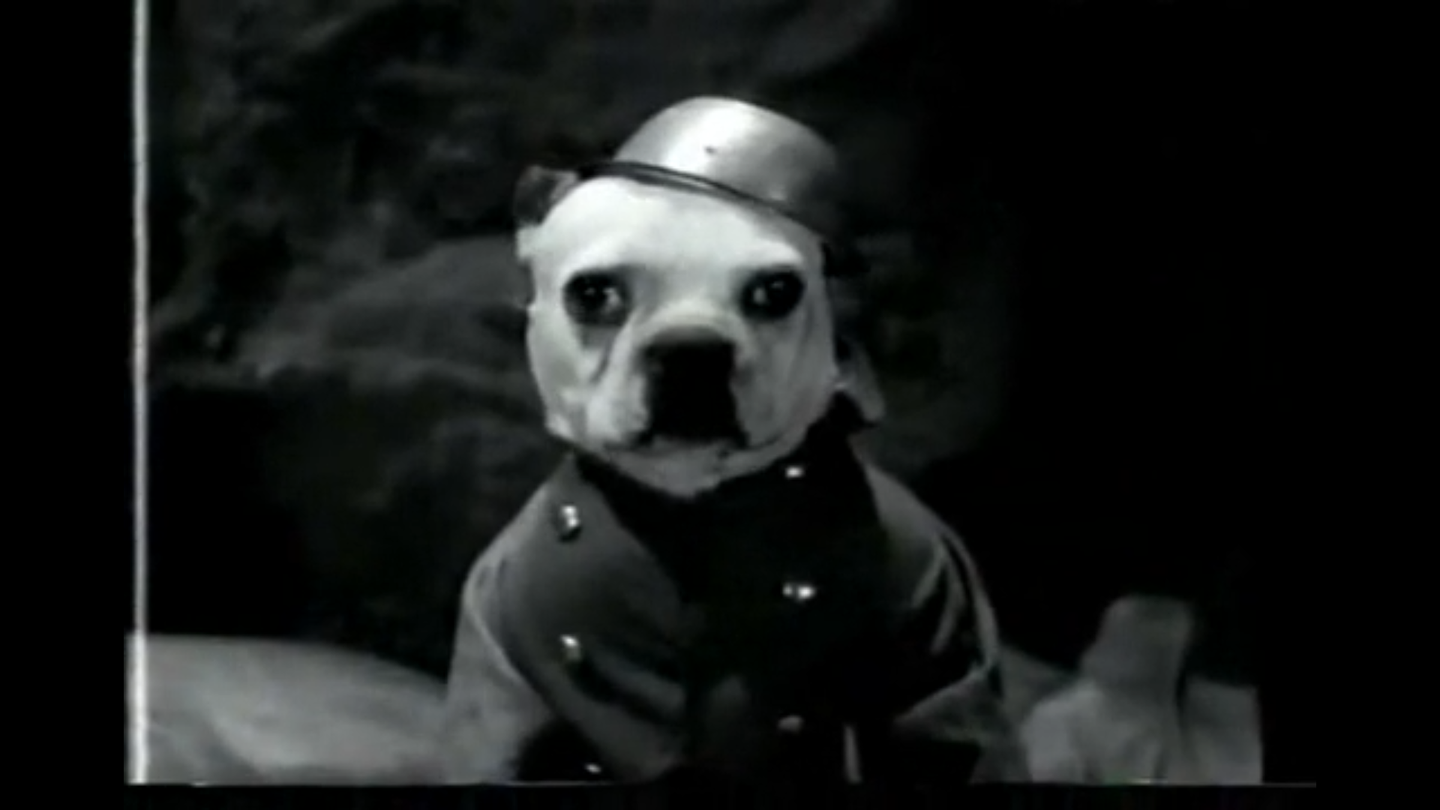 A still from 'So Quiet on the Canine Front.' (Screenshot via Vimeo).
SHARE

War is hell, and no book captured the suffering in the trenches quite like Erich Maria Remarque’s 1927 novel All Quiet on the Western Front. Drawing from his own wartime experience, Remarque made the story of Paul Baumer and his compatriot’s struggles so vivid it became an international hit. So clearly Hollywood needed to make a comedy out of it with dogs.

So Quiet on the Canine Front is part of a strange series of short films that Metro-Goldwyn-Mayer Studios produced. The All Barkie Dogville Comedies were made between 1929-1931, nine short comedy films where dogs were put in costume and then overdubbed by human actors, all meant to riff on other films from the studio at the time.

With the new German-language adaptation out now on Netflix, it’s worth revisiting the weirder side project the acclaimed original 1930 film.

So Quiet on the Canine Front loosely follows the plot of Remarque’s novel and Lewis Milestone’s adaptation, at least at the start. Excitable “students” including a Mr. Barker gleefully enlist for war, goes through training in camp and then ends up in the trenches in the front. The dogs wear upturned food bowls as helmets, and in-movie endure shelling. Unlike the real All Quiet on the Western Front, the canines here are American and English, with the Germans as the villains. A spy mission leaves Private Barker in a tight fix, forcing a heroic rescue operation, and then a rather dark ending featuring poison gas enveloping the heroes.

It should be noted this was a comedy. All of the “Barkies” featured trained canines, but they also dealt with serious topics such as war, adulterous affairs and other matters.

When Milestone made the film adaptation of All Quiet on the Western Front, World War I was still fresh on people’s minds. Veterans of the war even served as extras in the movie. Despite the lingering horrors on much of the world, the animal-centric parody was a hit. Most of the Barkies were popular around the United States. But they had their critics, who protested against the treatment of the animals. The United Kingdom’s Performing and Captive Animals’ Defense League eventually wrote to the British Board of Film Censors, resulting in the movies being banned there.

Still, the various shorts, including So Quiet on the Canine Front continued to screen throughout the decades, including on Turner Classic Movies. The war parody lacks the outright despair, horror and muck that filled the 1930 and 2022 editions of All Quiet on the Western Front. But there is something deeply unnerving about seeing dogs have to go into No Man’s Land, even in a movie.