The new German-language adaptation will leave you depressed — and that's the point. 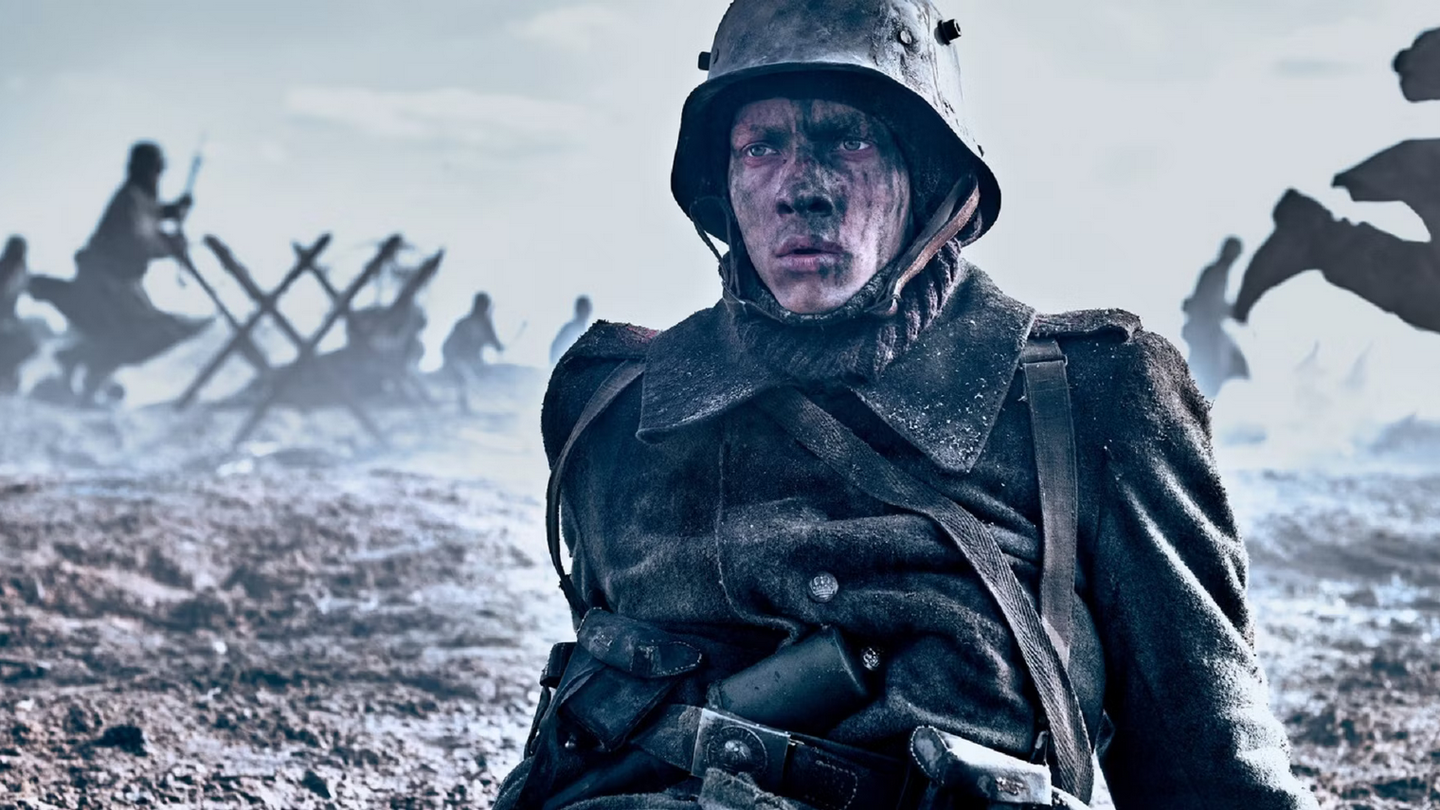 All Quiet on the Western Front is a movie that thrives on dread.

The new film’s opening sequence opens with a rattling artillery bombardment and a doomed infantry charge. A scared young man goes over the top, through no man’s land, and into the enemy fire. The false protagonist is dead in minutes, but the camera lingers on his uniform as it’s recovered off a pale, mutilated corpse, shipped away from the front, washed, patched up, and wrapped for the next recruit. By the time fresh-faced volunteer Paul Baumer receives it as his uniform, the audience can already guess the outcome. But the filmmakers behind the movie want every step to weigh on viewers, to show the way the gears of the war machine turn. They want audiences to feel uneasy.

Of course, filming another version of All Quiet on the Western Front is a bold choice in its own right. Erich Maria Remarque’s 1928 book became an international hit by capturing the sheer brutality and suffering of soldiers deployed to the trenches of  World War I. It was something veterans from all sides of the Great War could relate to (and therefore became a massive target of the Nazi regime, with Remarque fleeing Germany in 1933 and his book banned there the same year). A 1930 American film adaptation starring Lew Ayres was an iconic, revolutionary bit of cinema, winning the Academy Award for Best Production, and it holds up to this day. There was another television film version in 1979, but also American.

The new 2022 adaptation, premiering on Netflix on Oct. 28, was made by German filmmakers as the country’s official entry for the next Oscars, and it stands up alongside the 1930 edition as a stunning achievement about the horrors of war.

Francois Truffaut famously argued it was impossible to make an anti-war film, as most attempts still end up full of thrilling combat and heartwarming camaraderie. Director Eric Berger’s All Quiet on the Western Front comes close to making an anti-war film, if not succeeds outright, in part because it’s shot like a horror film. This is a film full of camaraderie, yes, but also despair and grief and loss, of the doldrums of life between terrifying artillery barrages and callous leaders throwing more young men into a meat grinder. The quiet sounds of a snowy forest feel like the invitation for a jump scare. An abandoned factory gives way to shock and horror. And it works: Felix Kammerer’s performance as Paul anchors the movie, with patriotic fervor giving way to fear to eventual exhaustion. Other characters are memorable, with the working class, battle-weary “Kat” Katczinsky (Albrecht Schuch) serving as Baumer’s mentor, but as with the book, it’s through his eyes that the war unfolds.

There are some major deviations from the book in this new film — not so much in themes, but in plot. After an immersive journey to the front lines, there’s a big time skip, taking our protagonists from fresh-faced replacements to weary soldiers, which might rankle some viewers. A visit back home that serves as one of the more heartbreaking and powerful scenes in Remarque’s book isn’t there, but additional subplots have been added. One follows real-life German diplomat Matthias Erzberger (Daniel Bruhl), desperate to end the mass slaughter. Another lingers, almost uneasily, on the bloodthirsty, angry general furious at the lack of a grand victory in a war of attrition. Purists will likely experience frustration with these choices — particularly the ending — and likely end up debating it for years, but Berger’s additions add to the feeling of despair and suffering among Baumer and his friends. When Erzberger, for all of his righteous efforts to find peace, sits down to a large, ornate breakfast while traveling, you can’t help but feel fury towards him as more lowly soldiers scrounge for anything more than meager potatoes. Some contrasts are blunt, but that’s the point: there’s a visceral sting to Berger’s direction.

There is a greater emphasis on action as well, with two major setpieces near the end of the film. To the movie’s credit, there are no grand heroics: Instead, it is rife with suspense, with the viewer just waiting, dreading that the next explosion or burst of machine gun fire will take out Baumer or another soldier.

As a film, All Quiet on the Western Front is a stunning work, sweeping in scale some times and attuned to tiny details at others. The grime and muck that accumulates on Baumer’s face feel tactile, while the wider fights — perhaps not as groundbreaking as the French charge of the original 1930 movie — are vividly realized. The closest comparison in design might be to Sam Mendes’ 1917, although instead of the single-take camerawork and urgent race against the clock, All Quiet on the Western Front thrives on the quieter moments and lingering impact of certain shots. Some elements feel like nods to Roger Deakins’ cinematography in 1917 though, particularly a sequence mainly illuminated by a series of fire pits.

There’s been a strange resurgence of World War I films in recent years. Documentaries like Peter Jackson’s They Shall Not Grow Old have come out, as well as narratives like the tense 1917 and the madcap actioner The King’s Man. All Quiet on the Western Front, though, stands out as the best narrative, and also the darkest. It dives into life in the trenches and succeeds in all of its points. The new All Quiet on the Western Front is worth seeing, for veterans and civilians alike. Fair warning, however: it will leave you depressed and devastated.

All Quiet On the Western Front premieres on Oct. 28 on Netflix.