Please don’t stop this paratrooper from being awesome. 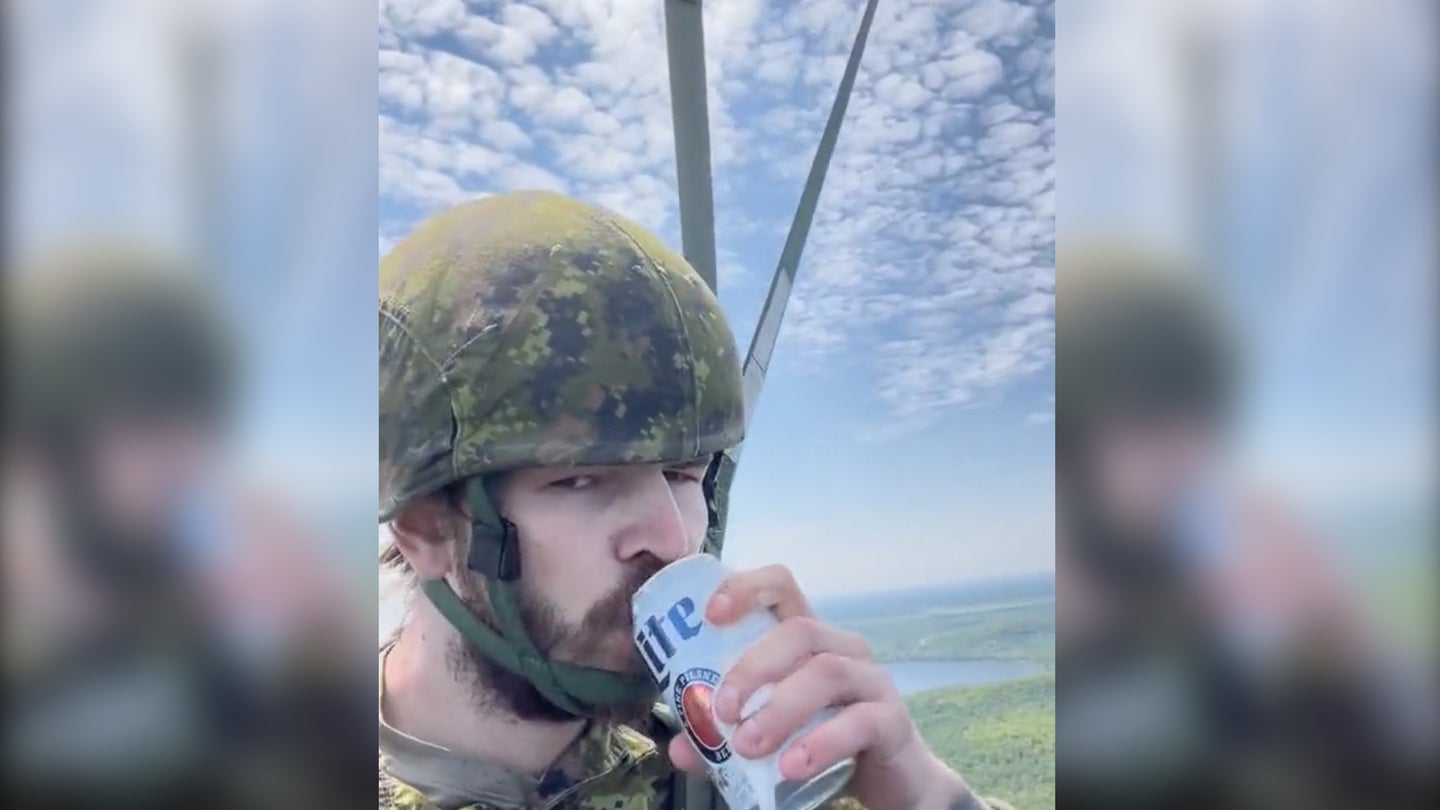 You’re in a parachute harness, floating in the sky over a lake somewhere in Canada, what else is there to do other than crack open a can of beer?

Apparently, the Canadian government takes issue with this.

A beard rocking, beer drinking Canadian paratrooper is apparently under investigation for sipping on a can of Miller Light during a jump.

Last Friday, a video began to circulate on social media of a Canadian Army paratrooper using his couple of minutes of aerial solitude to sip on some light beer and take in the great views of Canada’s Ontario province.

The video starts with the paratrooper’s chute open, and him floating above Petawawa, Ontario. The soldier cracks open the can of light beer and laments, simply, “the government.” He pauses, gives the viewers a nice look at the ground around him, and takes another sip.

Needless to say, the video was popular. From the beard, to the choice of beer to the simple joy in the pure, unadulterated not giving a fuck nature of the video — we’ve all been there, right?

Actions have consequences, though.

Dan Le Bouthillier, a spokesperson for Canada’s Department of National Defense, told the Ottawa Citizen that the soldier was assigned to the Quebec-based Royal 22nd Regiment and added that this beer aficionado had apparently left the Canadian Army on September 1. Still, as Le Bouthillier said, “A unit investigation has been initiated.”

The reaction online has been decidedly in this soldier’s favor. And after all, drinking a Miller Light is essentially the same thing as hydrating.

This of course begs the question: what would your drink be for a parachute jump?