What if instead of (mostly) dapper super thieves, the crew of “Ocean’s 11” was comprised of a bomb maker with... 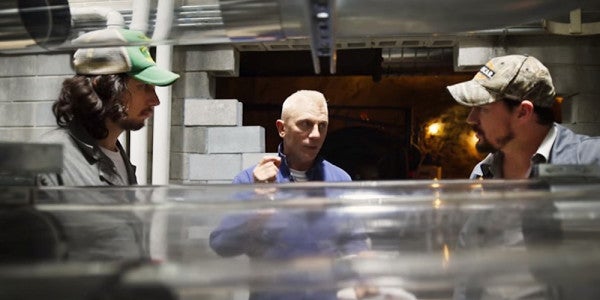 What if instead of (mostly) dapper super thieves, the crew of “Ocean’s 11” was comprised of a bomb maker with a bad dye job, an out of work construction worker, a one-armed bartender, and at least one computer wiz who “knows all the Twitters?”

Well, that’s pretty much what director Steven Soderbergh and writer Rebecca Blunt’s “Logan Lucky,” seems to be about. The Logan brothers, played by Marine Corps veteran Adam Driver and former male stripper Channing Tatum, are a misfit pair from a poor family in West Virginia who come up with a plan to make some easy money: knocking off the Charlotte Motor Speedway in Concord, North Carolina, during an Indy 600 race.

Fleshing out the core group is Daniel Craig, who swaps out his well-worn James Bond tux, for — honestly, I don’t even know how to describe his character. Uh, a grown-up Bart Simpson? He’s brought onto the crew by Tatum and Driver after they break him out of prison so he can then go blow shit up.

The trailer for “Logan Lucky” dropped on May 29, and the movie is set to hit theaters this summer. If you’re wondering what it’s about, aside from a chance for Hollywood A-lister’s to debut some bad accents and even worse stereotypes about provincial America, amid NASCAR-related shenanigans, check out the trailer: