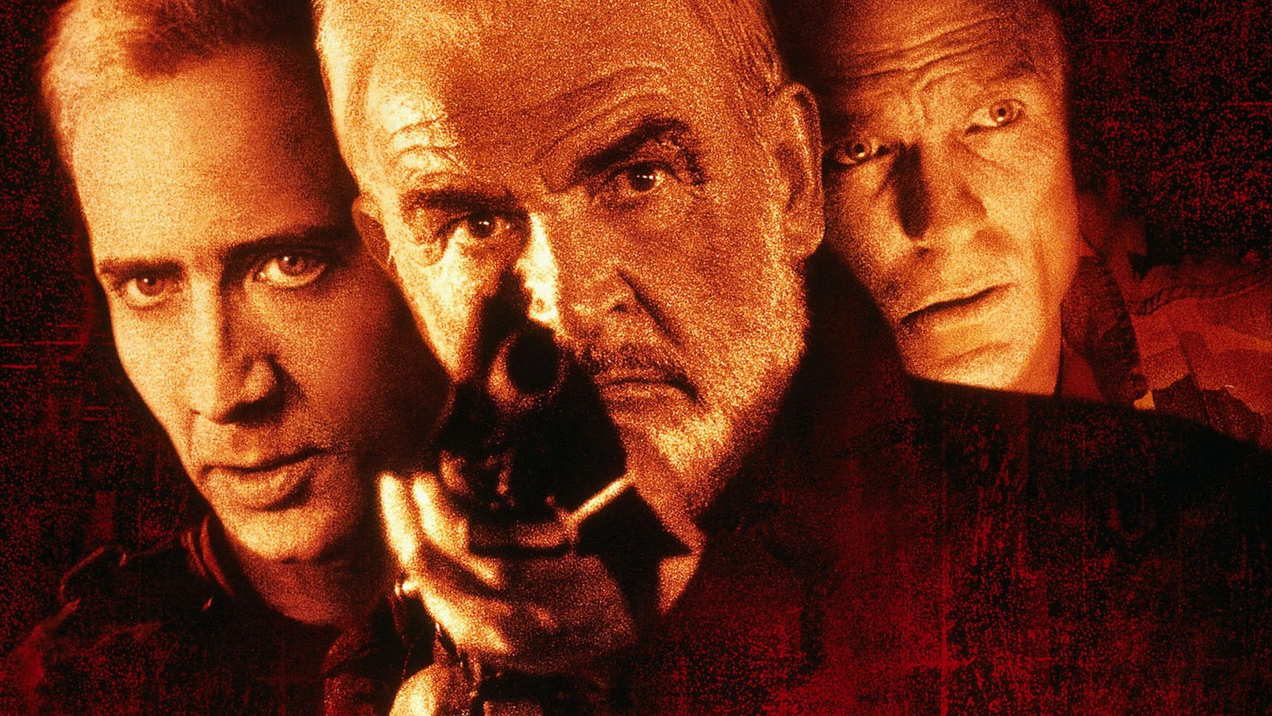 That’s how White House Chief of Staff Hayden Sinclair sums up the career of Brig. Gen. Francis X. Hummel, United States Marine Corps. It’s early in the runtime of Michael Bay and Jerry Bruckheimer’s 1996 action classic The Rock, just before Hummel fully lays out why he, a Force Recon commander described as a legend by the Chairman of the Joint Chiefs Al Kramer, has stolen rockets loaded with VX nerve gas, taken hostages, and occupied Alcatraz. Even then, Kramer defends him as a “man of honor.”

That’s when Hummel calls. And it’s a near perfect scene. He’s direct and to the point, but also friendly enough with Al Kramer at the start. But when the time comes for him to say why he’s taken hostages and is threatening the San Francisco Bay, Hummel talks about the cost of war.

“Remember Operation Desert Storm? Those surgical hits made by our smart bombs that were covered so well on CNN? It was my men on the ground that made those hits possible by lazing the targets. Twenty of those men were left to rot outside Baghdad after the conflict ended. No benefits were paid to their families. No medals conferred. These men died for their country and they weren’t even given a goddamn military burial. This situation is unacceptable.”

It’s as clear a motive as any. Earlier on, in the opening scene at his wife’s grave — where the late Mrs. Hummel is simply (and hilariously) eulogized as “his wife” in her epitaph — he says he tried everything he could short of this. Hummel has spent years fighting, and fighting for his men.

His demands are simple but the entire exchange is brutal in calling out crimes and exploitation by those in power. The scene feels almost out of place in a Bruckheimer-produced blockbuster. A celebrated Marine goes rogue to get the government to use profits for illegal arm sales to pay for the benefits of black ops troops? The heroes of the film are a fed and a convicted British spy working for a corrupt FBI director? And it’s from Michael Bay, the same guy who gave the world flag waving, American might films like Transformers, Bad Boys II and Pearl Harbor?

The Rock came in an interesting time in Hollywood and the country’s view of the military. The Cold War was over, the reactionary Rambo-esque post-Vietnam view of the military had faded. Fights like Desert Storm and the Battle of Mogadishu painted a different view of combat in the modern era. Without a grand enemy and a surge of nationalism, media started to look inward, with films such as Courage Under Fire and Three Kings exploring civilian casualties, military excess and some of the shadier sides of war. Hummel represents a unique view of that — he’s by all accounts a paragon of a Marine but he’s so fed up with the exploitation of troops and the system that he’s willing to take drastic action by using the military’s own tools against it.

The Rocks is a far cry from the jingoistic, Pentagon-on-speed dial films Bay would end up making his staple in subsequent years. The villain has the most sympathetic motive; the heroes are working for evil officials and commanders linked to shady black ops, save for Nic Cage’s Stanley Goodspeed; the ultimate threat are a bunch of Marines who sell out their principles for a payday, menacingly played by Tony Todd and Gregory Sporleder. It’s a bold, radical movie to make — a scathing critique of the way nations can discard people who participate in some of their most important clandestine missions while also avoiding some of the hagiography of the military the way many post-9/11 films did — and Bay uses the thrills of a blockbuster to get the message across.

The demands scene in The Rock is perhaps the highlight of the film, where a normal negotiation instead lays out scathing political commentary, sets Hummel up as an incredibly no-nonsense villain and sets up the stakes in a great way. It’s not even three minutes long, but it makes the film work. Sure, Cage and Sean Connery fighting various character actors is enjoyable, but those scenes don’t work without Hummel laying out how prepared he is. Was his course of action criminal? Yes. But he was still bluffing and come the end he’s ready to take the fall while his men get away. He was a leader. It’s not a surprise that behind the scenes in outtakes, Harris was so in-character that he kept calling Michael Bay “sir.”

By casting Ed Harris in the role — a man who could out-glare Clint Eastwood and is the one person badass enough that he can believably chew out Pete “Maverick” Mitchell — The Rock imbues Hummel an instant gravitas and weariness. It’s telling that the movie opens with him and his struggles. Connery’s Mason might be James Bond with the serial numbers filed off, and Cage’s Goodspeed the classic 1990s action hero in over his head, but Hummel has the emotional arc of the film. If Hummel had not undertaken his extreme but noble operation, he likely would have been the kind of figure tapped to lead the Joint Special Operations Command and go after al-Qaeda post-September, 2001 attacks. As they say in the movie, he was a hero.

Even when things go awry and the plot seems doomed, Hummel still emerges as a noble figure. He tries to get his men away from any punishment and is prepared to shoulder the blame. He ends up at odds with two Marines — who rightly point out they’re mercenaries now — and dies trying to resolve the situation. Goodspeed and Mason might be the protagonists of The Rock, but Brig. Gen. Francis X. Hummel is undoubtedly the film’s hero. And he’s the reason the film is Bay’s best.