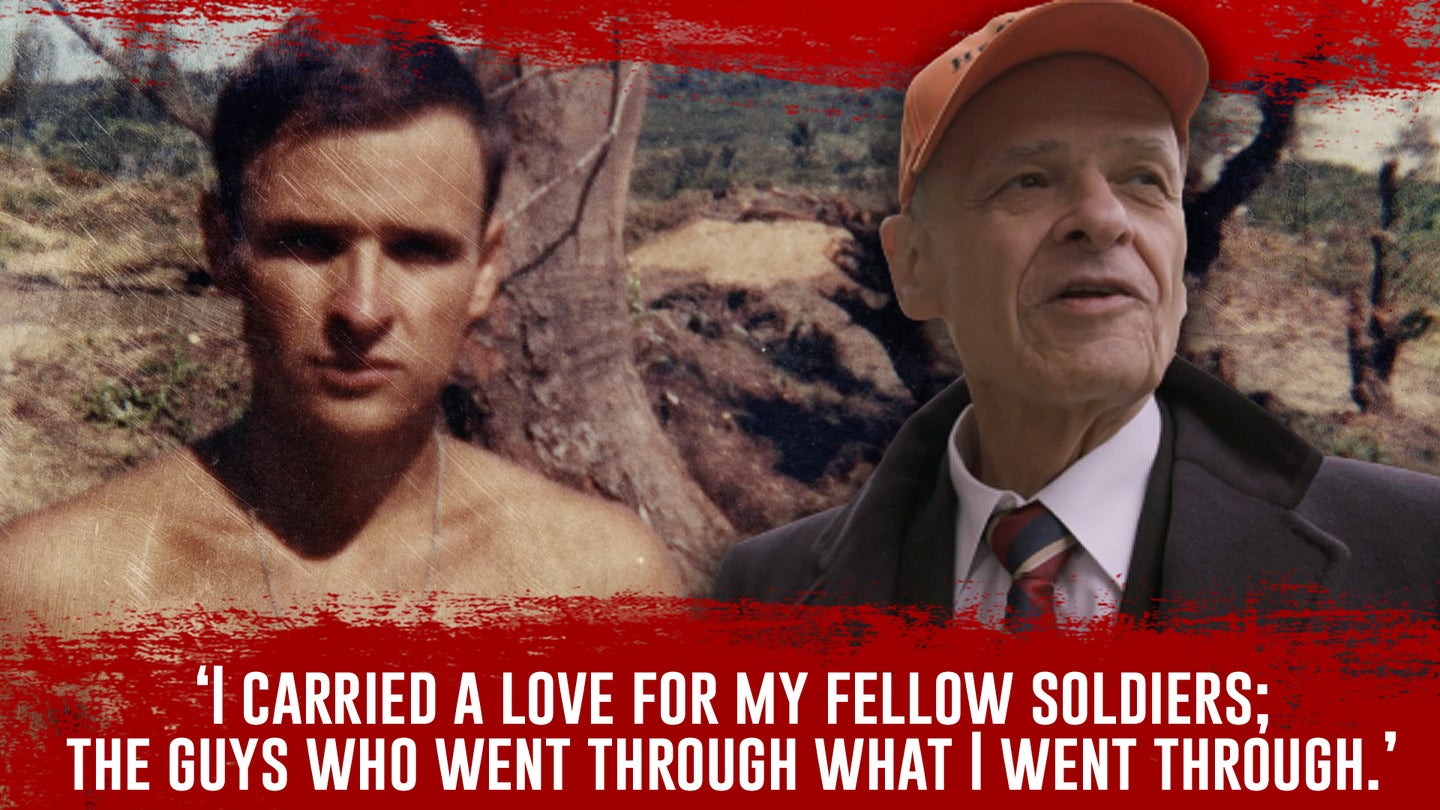 Feature image: Task & Purpose photo composite showing Tim O’Brien in Vietnam, left, and a still of O’Brien during the filming of the documentary, “The War and Peace of Tim O’Brien.“