10 things you never knew about ‘We Were Soldiers’

Here are some bits of trivia from the iconic film to impress your friends with. 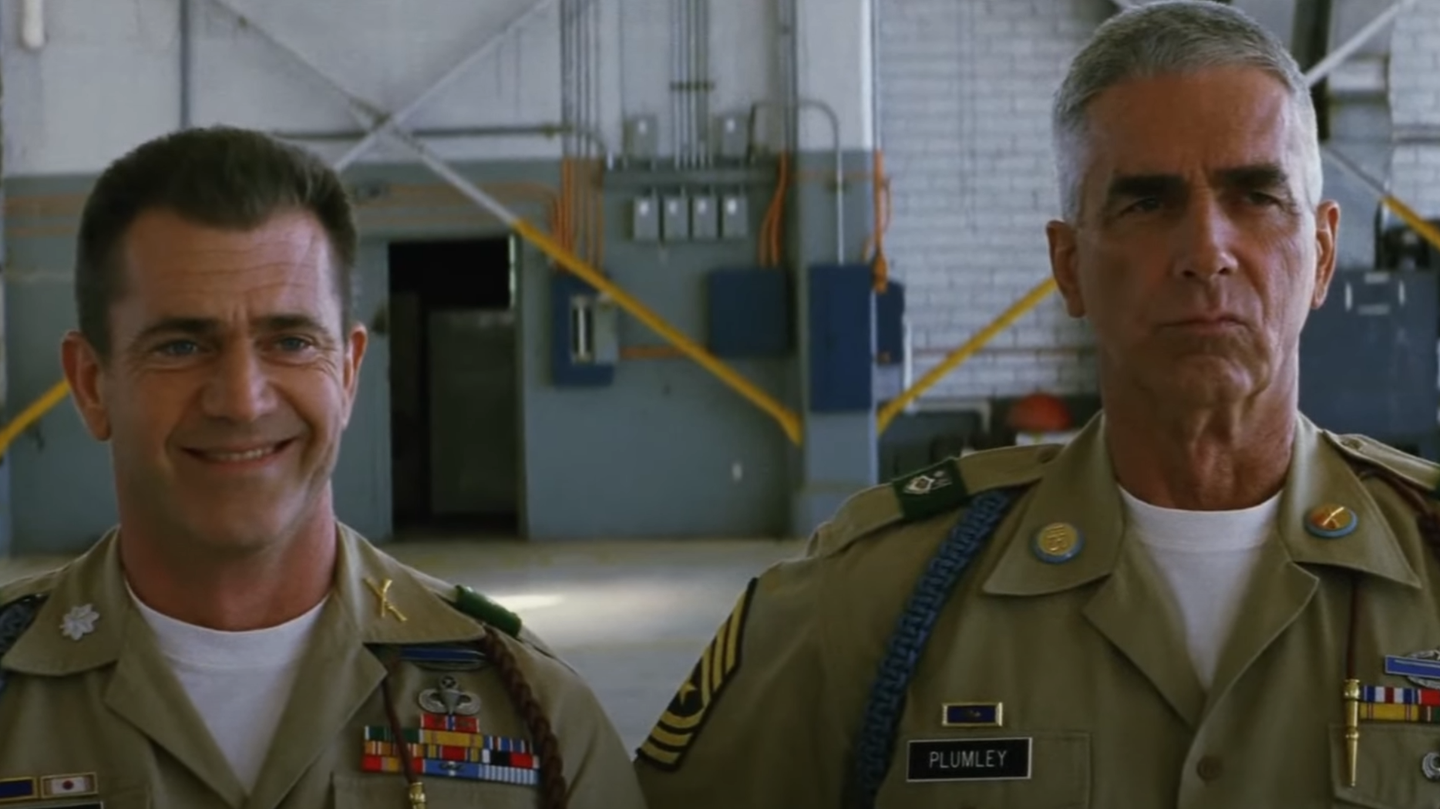 Editor’s note: This article was originally published in August 2016

Prior to Nov. 14, 1965, the U.S. Army had never met its North Vietnamese counterpart in a major battle. That changed when the 1st Battalion, 7th Cavalry Regiment landed in Vietnam’s Northern Highlands.

So notes an opening line of narration in the Vietnam War drama, “We Were Soldiers,” which tells the story of the Battle of Ia Drang, where American soldiers endured three days of brutal combat. They were surrounded, outnumbered, and locked in a fight for survival against trained and battle-hardened North Vietnamese regulars. The American soldiers were far from friendly lines. Reinforcements were a long way off and had to be flown in by helicopter. Led by Col. Hal Moore, played by Mel Gibson in the film, those on the ground had only the men to their left and right to rely on.

Based on the book “We Were Soldiers Once…And Young” by Joe Galloway, the film is as much about battlefield bravery as it is about the closeness of frontline units like the infantry. With the exception of a few arbitrary slow-motion scenes, Randall Wallace’s 2002 war movie takes great care in spotlighting an often overlooked story from the Vietnam War: The moment when our soldiers met the enemy in force for the first time, and beat them back against all odds.

Aside from its historical significance, there’s a few Easter eggs worth finding in the film. Here are 10 facts you probably didn’t know about “We Were Soldiers.”

In the 1980s and 1990s action franchise, starring Mel Gibson and Danny Glover, Glover’s character, Roger Murtaugh, is a Vietnam War veteran who fought at Ia Drang, and at one point, he references the battle and how his buddy saved his life by “taking a bayonet to the lungs.”

Sam Elliott was the only actor who Randall Wallace could envision as the battalion’s hard-as-nails sergeant major.

“He’s not a sergeant major, but in his soul, he could just be him,” said Wallace.

When some of the unit’s junior soldiers are hanging out, they start talking about their new unit, and one of the men tells a story about a tough-as-nails sergeant who showed up to formation in his birthday suit with two Medals of Honor around his neck.

In addition to being an urban legend in the military, this is likely a headnod to a scene from Joseph Heller’s satirical war novel, “Catch-22,” when the main character, Yossarian, shows up naked to an award ceremony where he’s to be presented the Distinguished Flying Cross.

That’s roughly 165 miles of film, which means it’s more than four times the width of Rhode Island. According to William Hoy, the film’s editor, it took the crew six days and nights to watch all 150 hours of footage.

The movie is one colossal firefight.

There are roughly 10,000 gunshots in the movie, notes Lee Bender, one of the film’s sound designers.

The production crew didn’t recreate the Ia Drang Valley, they grew it.

The production crew created a small-scale replica of the battlefield, and then set about knocking down trees and planting the right grass and shrubs so that it closely resembled the Ia Drang Valley.

The wardrobe was massive and included dirty and ruined uniforms.

As the film’s battle moved closer to its climax, the soldiers on screen are visibly haggard, dirty and worn down. The wardrobe for the actors was immense and actually included progressively dirtier sets of clothes for different points in the film. For example, Mel Gibson had an entire clothes rack of uniforms from squeaky clean to downright filthy, and everything inbetween.

Madeleine Stowe spent time with Julia Moore to understand what it was like to be an Army wife.

To ensure she captured how it felt for those back home, Madeleine Stowe spent two days with the real Julia Moore, to prepare for her role as Hal Moore’s wife.

“She was with me for two days, to really learn what it was like to be a serviceman’s wife,” said Moore in a short documentary on the making of “We Were Soldiers.” “She didn’t just walk in and say I’m doing this part and walk out. She really cared. I think people forget that these men have families, and these families have problems, and the wives are left alone to deal with them as best they can.”

The actors wanted to look and feel like their characters.

After meeting with the real Joe Galloway, Barry Pepper who played the reporter in the film, smoked the same cigarettes that Galloway smoked in Vietnam, carried the exact same equipment, down to a pair of heavy books, and a snub-nosed revolver. To get into his role as Sgt. Maj. Plumley, Sam Elliott put his wedding back on his dog tags, just like the real Plumley did.

The actors also attended a “celebrity-wimp version” of boot camp.

The actors attended a two-week-long boot camp, which Mel Gibson referred to as a “celebrity-wimp version” of the real thing, though he admitted, “I thought it was hard anyway.”

Greg Kinnear, who played Maj. Bruce Crandall, aka Snakeshit, had a sense of humor about it, playfully mocking himself and his fellow actors in some behind-the-scenes footage.

“They’re treating seven seriously injured actors,” said Kinnear. “I’m talking about skin abrasions, hangnails, and one man actually lost a series of two, three, maybe four of his hairs from the top of his head. We’re concerned, we’re dealing with it now, but we are in a crisis mode, or what I call a ‘CM’.”