If the words “yippee-ki-yay, mother fucker” sound familiar, then you’ve probably seen “Die Hard,” and if not, you really ought... 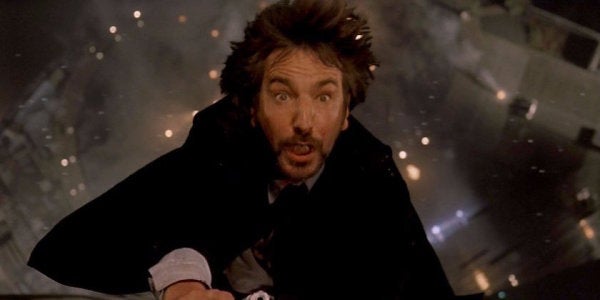 If the words “yippee-ki-yay, mother fucker” sound familiar, then you’ve probably seen “Die Hard,” and if not, you really ought to.

The movie focuses on detective John McClane, who’s visiting his wife in Los Angeles in the hopes of saving his marriage when everything goes to shit. A group of terrorists — who turn out just to be heavily armed thieves — break into his wife’s office building during a Christmas party and take the staff hostage, McClane’s wife included. With the building’s security guards dead and the Los Angeles Police Department’s response inept at best and disastrous at worst, it falls to McClane to rescue the hostages and deal with the bad guys.

When “Die Hard” hit theaters in 1988, it helped transform the action genre from a place of senseless violence to one with just as much violence, but a lot more humor and some emotional depth.

Up to that point many leading roles in action films were reserved for stoic, muscle-bound actors, but with Bruce Willis as the lead in “Die Hard,” the movie proved you could have a hero who did more than just kill bad guys and make equally bad puns. McClane was a protagonist who showed regret and sadness — he even cries — while still being a total badass. After all, he only opens up once all the bad guys are dead.

Here are eightthings we want you to know about the holiday action classic “Die Hard.”

Start with where McClane got his signature line: Yippee-ki-yay, motherfucker.

A play on “yippee-yi-yo-kayah,” a line from a 1930’s song by Bing Crosby called “I’m an old cowhand,” McClane says this after Hans Gruber, played by a dour Alan Rickman, calls him a cowboy. Gruber, who is German, makes a dig at McClane for being a naive American who’s seen too many westerns and wants to play the hero.

McClane, adding some color to the old western refrain, delivers one of the greatest one-liners of all time: “Yippee-ki-yay, motherfucker.”

“Die Hard” is an adaptation of a book.

The movie is actually based on a novel by Roger Thorp called “Nothing Lasts Forever,” a sequel to “The Detective,” which was also adapted into a movie. (In that adaptation the lead role was played by Frank Sinatra.) Also, the character’s name was originally Joe Leland.

John McClane is barefoot for almost the entire movie.

Even when he tries to steal shoes from one of the terrorists, the shoes are too small.

“Five million terrorists in the world and I’ve got to kill the one with feet smaller than my sister,” McClane says in the scene.

In the book, the character goes barefoot because he can’t stand the idea of wearing a dead man's shoes, not because the bad guy’s feet are too small.

At the end, when Alan Rickman’s character plummets to his death, that’s actual terror on his face.

Though the late Rickman was an incredible actor, he didn’t have to force that face of fear when Hans Gruber falls to his death at the end of the movie. When it was time to shoot the scene, which involved Rickman falling 25 feet onto an airbag, it was agreed that Rickman would be dropped after the count of three. When it was shot for real he was dropped on one instead, which is how they got Rickman to make this face.

In an alternate universe, Richard Gere might have played McClane.

A television actor at the time, Willis wasn’t the studio’s first pick for the role of McClane. It was passed from Arnold Schwarzenegger to Sylvester Stallone, both at the height of their action-hero star power, and on down the line. Burt Reynolds and Harrison Ford both passed on it, as well as Richard Gere before Willis got the part.

Bruce Willis ended up with some hearing loss due to the flick.

“Due to an accident on the first Die Hard, I suffer two-thirds partial hearing loss in my left ear and have a tendency to say, 'Whaaa?'” he explained during a 2007 interview with The Guardian.

The scene where McClane falls down the elevator shaft was a mistake.

The stuntman was supposed to grab the first vent, but slipped and continued to fall before grabbing a lower ledge, according to Mental Floss. No sense in wasting a good shot, especially not if the point is to add tension — and narrowly avoiding a fall down an elevator shaft will do that.

A Shakespearean actor at the time, Rickman was more accustomed to belting out ballads and sonnets on stage than he was to shootouts. He had a habit of wincing whenever he fired his weapon so director John McTiernan was forced to cut away from his face almost every time he fired a gun.

Correction: A previous version of this article noted that Die Hard spent $130,000 on glass, but couldn't verify that figure beyond aggregated trivia posts repeating the same thing. So it's gone now. Yippee-ki-yay erroneous factoids!