Imagine an army made up of soldiers that could go days without sleep, had endless aggression, and weren’t afraid of... 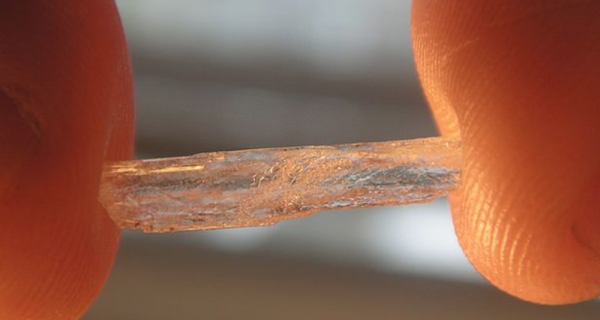 Imagine an army made up of soldiers that could go days without sleep, had endless aggression, and weren’t afraid of anything. In the early days of World War II, a Berlin-based drugmaker called Temmler Werke produced a pharmaceutical that made German soldiers fearless in battle. That drug was crystal meth.

German author Norman Ohler’s recently released book, “Blitzed: Drugs in the Third Reich,” paints a picture of Nazi Germany that diverts wildly from accepted history. In his version, the country’s citizens and soldiers weren’t just high on furor for their Führer; they were also doped up on methamphetamine.

Through close examination of interviews and documents that hadn’t previously been considered, Ohler uncovered new details about how German “super soldiers” were just ordinary men with a steady supply of methamphetamine, which at the time was called Pervitin. Though critics feel his account is overblown because Ohler is a novelist, not a historian, the evidence he provides throughout the book is nonetheless compelling.

Task & Purpose was able to sit down with Ohler to discuss his discovery, and just how pervasive Pervitin was in German society circa-World War II.

“Fatigue was the biggest enemy of the soldier,” Ohler said. “The people who had been taking Pervitin didn’t tire as easily.”

Throughout the course of the war, soldiers took millions of Pervitin pills on the front lines, calling it everything from Panzerschokolade (“tank chocolate”) to “the miracle pill.”

“Methamphetamine really became the drug of choice for the German army,” Ohler said.

When it was first distributed to the troops, Pervitin was chaotically ingested during the Blitzkrieg against Poland. In the later offensive against France, use of the drug was regulated but still widespread.

“Thirty-five million tablets were being distributed to the troops, especially the tank troops leading the advance into France,” he said.

Later on, the German Army used a form of methamphetamine on wounded soldiers as well.

Temmler Werke was able to produce Pervitin throughout the war. It was deemed a necessary pharmaceutical by the government, and money was dedicated to ensuring its continued production.

“Pervitin was classified as decisive for the war in 1941,” Ohler said.

The use of methamphetamine by soldiers was a huge contradiction in Nazi Germany, which preached “physical, mental, and moral purity.”

“There were officials who recognized this contradiction and tried to stop the massive abuse of Pervitin,” he said, “but on the practical level, they didn’t care.”

The Germans’ use of Pervitin wasn’t without its problems. Methamphetamine is a dangerously addictive drug with disastrous side effects. Some soldiers died of heart failure, while others developed addictions that lasted well beyond the war.

But it was just the soldiers. Ohler says Adolf Hitler had addictive habits as well, but his vice came in the form of cocaine and and heroin injections. His increasingly erratic behavior toward the end of the war mimicked that of a usual junkie — paranoid, agitated, and unreliable.