The movie tells the story of a Marine vet whose “hold my beer” moment ended with him in the middle of the Vietnam War bringing beer to his buddies. 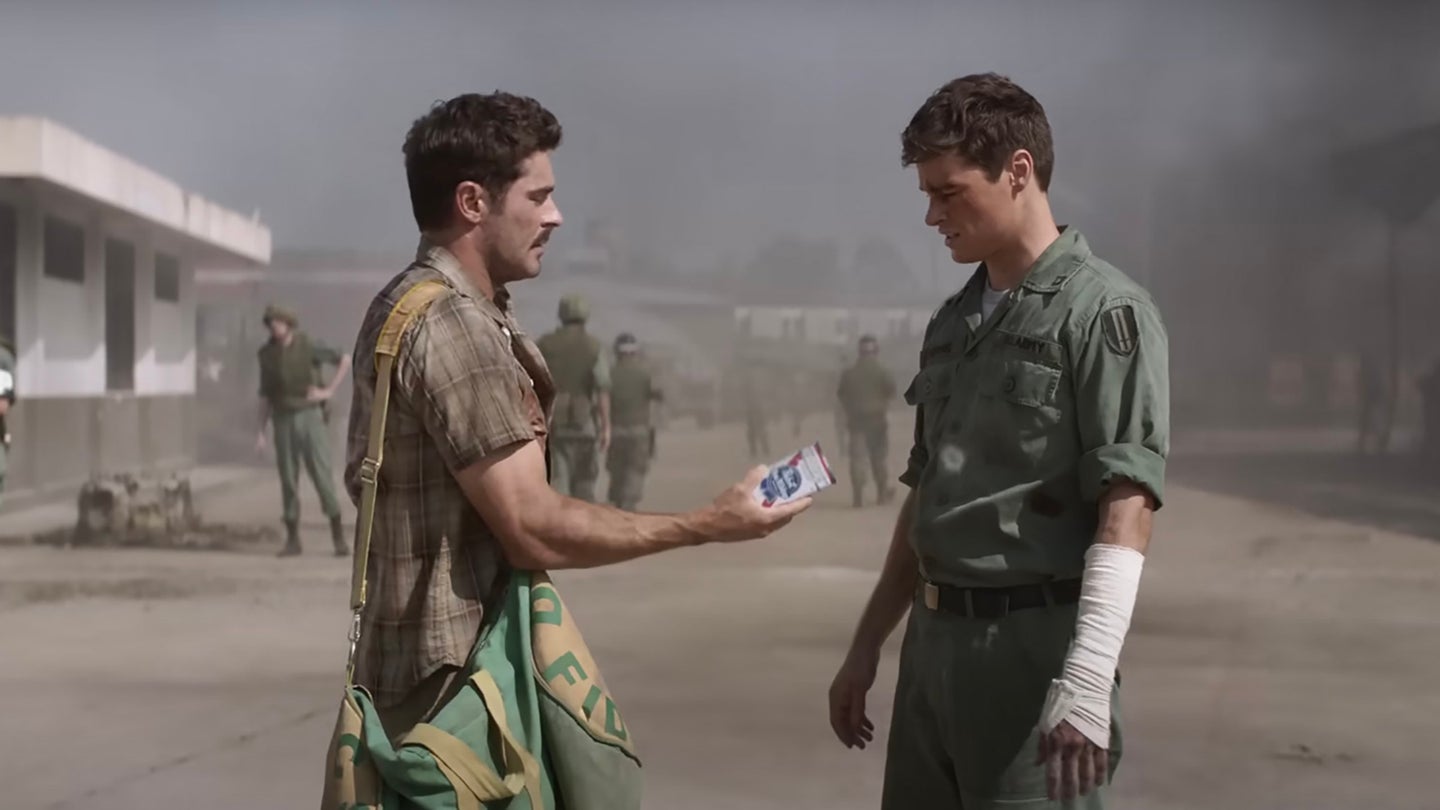 'The Greatest Beer Run Ever' is based on true events during the Vietnam War. (Promo image via Apple TV+).
SHARE

A guy walks into a bar and vows he’s going to sneak into a warzone to personally give his friends who are deployed to Vietnam a beer to thank them for their service. That’s not a joke, it’s the plot of a new movie, “The Greatest Beer Run Ever,” which is scheduled to be released on Sept. 30. It’s also a true story.

Directed by Peter Farrelly, whose previous works include Dumb and Dumber and Green Book, the movie is based on the real-life experiences of Marine veteran John “Chickie” Donohue. In November 1967, Donohue was drinking at a New York bar when the bartender expressed outrage over anti-war protesters and said he wished someone would go to Vietnam and hand troops a beer in a show of gratitude.

Donohue, a merchant mariner at the time, had been a crew member aboard commercial ships that had visited Vietnam, so he knew exactly how to get in the shit with the suds. He arrived in Vietnam in January 1968 and managed to deliver beers to four U.S. troops before the Tet Offensive broke out and he became caught up in the Viet Cong effort to capture Saigon. Yet, he was able to return home unscathed.

From the 2-minute trailer for The Greatest Beer Run Ever, it’s not clear how much the movies will stick to what actually happened and how much artistic license the filmmakers are taking to make Donohue appear like an average guy who gets in way over his head on an adventure inspired by an idea he had after downing five beers.

In the movie, Donohue is played by Zac Efron, whose New York accent sounds a bit labored. He actually sounds more like he’s from Boston, which is a bit odd considering the Yankees/Red Sox rivalry. It also looks like Efron is trying to play Donohue as a lovable goofball and underachiever who finally comes through and realizes he has a purpose in life.

The trailer gives the audience no indication that Donohue was a veteran. In fact, scenes in the movie’s trailer make Donohue’s character look like he’s never been around service members before.

However, Hollywood has never let the facts get in the way of a good story. Good Morning Vietnam’ was a highly fictionalized version of Air Force disk jockey Adrian Cronauer’s experiences in Vietnam. In the movie, Cronauer is sent home early after becoming friends with a young Vietnamese man who turns out to be a communist guerilla. None of that happened in real life.

“It was never intended to be a point-by-point accurate biography,” Cronauer told Military Times in August 2014. “It was intended to be a piece of entertainment, and it certainly was that. It was nominated for an Academy Award and you don’t get much better than that.”

At this point, it’s worth noting that it is impossible to tell if a movie is going to be good or not based on a trailer. With the right music and rapid-fire cuts, you could create a 2-minute trailer that makes The Room with Tommy Wiseau look like Citizen Kane.

It’s also unclear whether the point of the movie is to celebrate Donohue for risking his life to show the troops in Vietnam that their country still supported them, or if it will delve into the real-life Donohue’s disillusionment with the war when he saw that the United States was not winning, despite what government officials were saying.

A possible hint that The Greatest Beer Run Ever may be more than a “thank you for your service” move is that Russell Crowe plays a generic photojournalist character, who says in the trailer: “I want the truth told.”

Presumably, Donohue also sees the truth, as the trailer includes scenes of what look like U.S. troops threatening to throw a prisoner out of a helicopter and Donohue riding in the back of a transport plane along with the flag-draped transfer cases for fallen troops.

We’ll have to see if The Greatest Beer Run Ever can strike the right balance between screwball comedy and serious reflection on the consequences of America’s leaders sending troops into a war with no strategy for victory. But, for the love of God, may it please be better than Operation Dumbo Drop.