8 Tips For First-Person Shooters From A Pro Gamer

Whenever you start playing a new first-person shooter, there’s a steep learning curve. Those first few days of gameplay are … Continued 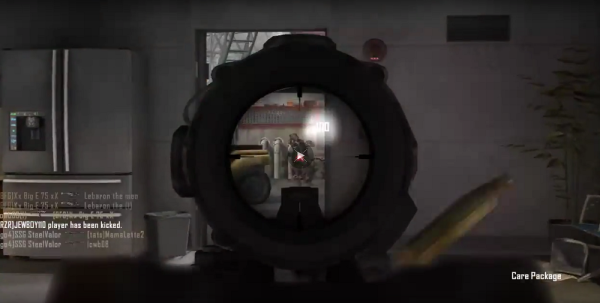 We turned to Ed Salsberg, who has been gaming professionally and casually since 1978 and heavily into first-person shooters since 1998. Salsberg is the editor-in-chief of Front Towards Gamer, a veteran-geared entertainment and gaming publication that is a subsidiary of Operation Supply Drop, which sends deployed troops care packages with game consoles.

Salsberg agreed to give us a tactical walkthrough that will work for most mainstream first-person shooters in both regular and hardcore modes. In Hardcore mode, a player’s survivability drops significantly due to added weapon damage and no minimap, so playing smart is critical.

First and foremost, you need to know the map.

“Map knowledge is critical and probably the most important factor of them all because that’s going to give you the location of where all your power ups are, your health packs for regen, your ammo for resupply,” explains Salsberg, adding that if you’re playing a game from the Call of Duty or Battlefield franchises, knowing the map will let you identify the enemy spawn point and keep an eye on your teammates.

Next, find a gun or a role that you’re comfortable with.

“You need to find a gun that you like, that you can use, and stick with that gun until you master it,” says Salsberg. “The first thing you want to do is find a weapon you can use reliably.”

Spend about two weeks playing a loadout, class, or using one type of weapon, with the first week devoted to getting used to the play style, and the second week spent refining your technique.

When you come up to a blind spot like a corner, turn your volume way up.

“The first thing you want to do is to get the sound going on,” says Salsberg, who recommends pausing when you near a corner, door, window, or other blindspot and listen closely to see if you hear someone approaching or moving because they heard you.

From there, you should immediately aim down the sights and pie that corner.

“Go all in, so you basically have that surprise and that initially shock of ‘Hey, I have a target in front of me, and they have to identify me,’” says Salsberg.

It is a game afterall, so there’s no need to be overly cautious. Go all in.

To frag or not to frag?

“Best time to throw a grenade is when you know your team is behind you,” says Salsberg.

That’s rule number one. Next, you want to make sure you only toss a grenade when you know you’re going to get a kill — ideally more than one, like when two or more enemy players are in a room with few doorways or windows for escape. Then, you cook the grenade, toss it in, and hope no idiot on your team comes charging in before it goes off.

When it comes to scouting a map, you want to move cautiously.

“Do it gingerly,” says Salsberg.

The last thing you want to do is give up a good position to go scouting and immediately get capped because you were impatient. If you don’t have communication with your team, see if you can get eyes on your people and where they’re spawning, so you can start to zero in on the enemy position, then move forward from there.

If you do have a headset, stop being a creeper and just ask where the bad guys are.

Target whoever is facing you first.

“In terms of what targets I’d pick first, it doesn’t always have to be the person that’s closest,” says Salsberg, who explains that he’ll usually go for whoever is facing him and then move on to the closest target once the first threat is down. If you’re hidden from view and have the initiative, you should try line up your targets so after dropping one, you can immediately move on to the next with little readjustment, says Salsberg.

Or you can just sneak around looking for the noob who’s spinning in a circle shooting at the sky.

It’s not all about headshots.

“In terms of accuracy, I would go for center mass,” says Salsberg. “Start at the sternum and work your way up.”

A lot of people looking for quick kills will go for headshots, and while scoring one is deeply satisfying, about 80% of those shots miss, says Salsberg. It’s probably better to just unload at the chest and let your recoil carry your shots upward.