Denzel Washington: ‘Movies Are Not Difficult. Send Your Son To Iraq. That’s Difficult’

Acclaimed actor Denzel Washington has no patience for those who think acting is like going to war, he said during... 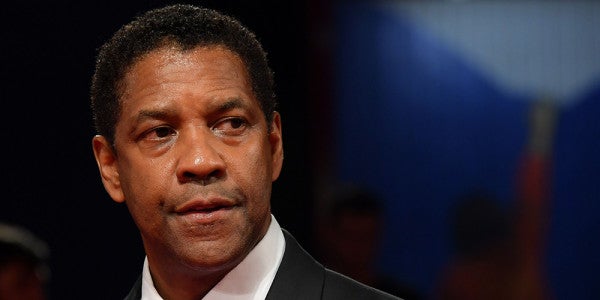 Acclaimed actor Denzel Washington has no patience for those who think acting is like going to war, he said during a recent Director's Roundtable discussion by the Hollywood Reporter.

“People talk about the difficulty of making a movie and I'm like, send your son to Iraq, that's difficult,” Washington said during the interview. He was joined by Mel Gibson, Oliver Stone, himself a Vietnam War veteran, Barry Jenkins, Damien Chazelle and Mira Nair.

When asked about his first job, and his worst, Washington talked about working as a garbageman as well as a postman, before hitting on a much larger theme and one that has distanced Hollywood celebrities from the everyday folks who go see their movies:

“It’s like when people talk about the difficulty of making a movie, and I’m like, send your son to Iraq, that’s difficult,” the Oscar winning actor stated. “It’s just a movie. It’s like relax. I don’t play that precious nonsense. Your son got shot in the face. That’s difficult. Making a movie is a luxury. It’s a gift, it’s an opportunity, but most importantly it’s a gift.”

Washington’s comments are a far cry from the way some actors have referred to the challenges they face on set. In 2013, Tom Cruise likened his work on “Oblivion;” which filmed in Louisiana, Iceland, New York, and California; to a tour to Afghanistan

“That's what it feels like.” Cruise reportedly said of his job, comparing it to serving in a warzone. “And certainly on this last movie, it was brutal. It was brutal.”

Acting, while a challenge, is nothing like serving in a combat zone. Washington’s words should help Hollywood keep things in perspective.

“Don’t get it twisted, it’s just a movie,” Washington said. “It ain't that big of a deal.”