The Gear List: Casio G-Shock watches are on sale on Amazon for up to 41 percent off

Right now, you can save more than $50 on one of the best military watches in existence. 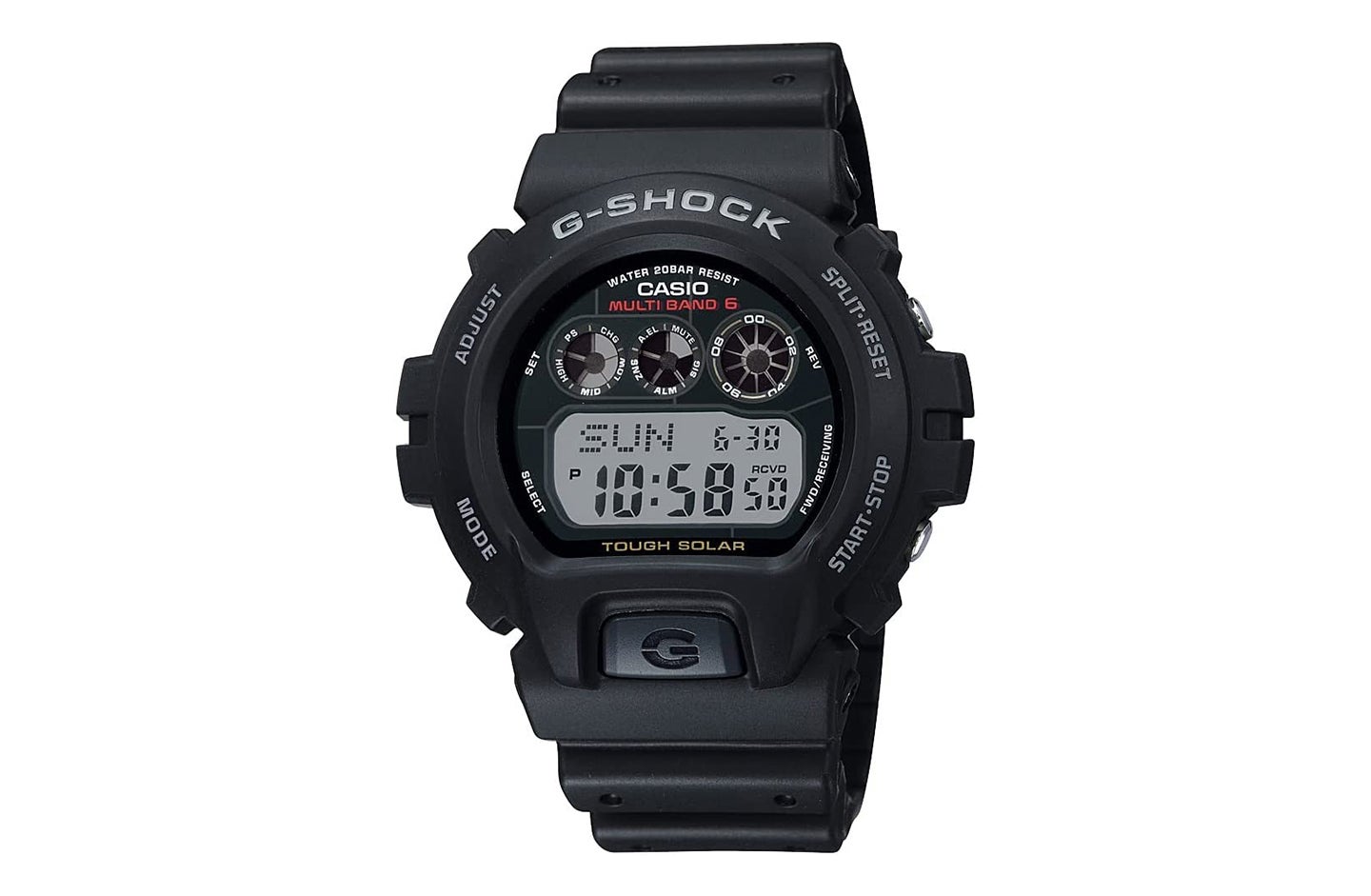 Look to your left and right: if you’re a U.S. service member or veteran, the odds are good that someone is wearing a G-Shock — or you’re wearing one yourself. That’s because these classic Casio watches are some of the toughest and most dependable on the market. Amazingly, they’re also some of the most affordable, which you can chalk up to components like resin instead of stainless steel and digital timekeeping instead of fiddly Swiss automatic movements.

Right now, Amazon has watches like the indomitable GW6900-1, stylish GA100-1A1, classic DW5600E-1V, and athletic GBD800UC-5 all on sale for up to 41 percent off. That means you can get an already value-packed watch for even less money and take comfort knowing that you won’t need to replace it for years to come.

Each of these four watches is a solid piece of gear and a smart buy. If you want to dive even deeper into G-Shock lore, check out our look back through some of the brand’s greatest hits and rise to military stardom in this G-Shock gear guide.

The Casio G-Shock GW6900-1 is one of the easiest-wearing watches you can get, and it’s just about perfect for life in the military. Wearing one of these will give you a watch you can always count on and have fewer things to think about – especially in the field, where the last thing you need to deal with is a dead watch battery.

Reliability is the name of the game for this watch. It keeps life simple with atomic timekeeping that automatically calibrates via radio signal every day to ensure that you’re getting precise time from the world atomic clock. The rechargeable battery runs off solar charging and, once fully charged, lasts up to nine months without further exposure to light. Other standard features include a stopwatch, countdown timer, and alarm (with a snooze function because everyone needs their beauty rest). As you’d expect, the GW6900-1’s resin exterior is tough as nails and waterproof to 200 meters.

This is by no means a small watch, but it’s not oversized. The case width measures 50 millimeters and the lug-to-lug distance measures 53 millimeters. The prominent buttons are easy to access with gloves.

Frankly, this sledgehammer of a watch is worth every red cent at $130, so it’s a screaming deal at $76.50 after the 41 percent discount. I’m having a hard time thinking of a better watch for the money for life in the military.

If you want the G-shock’s rugged dependability but prefer an analog timepiece, the GA100-1A1 is the watch for you. This watch is designed more for everyday wear than actual combat but it’s more than tough enough to handle life on base and in the field – with style.

Saying one G-Shock is less robust than another is kind of like saying grizzly bears are less terrifying than polar bears – true, but not necessarily worth splitting hairs over. The GA100-1A1 is still covered in tough, impact-absorbing resin and rated at 200 meters of water resistance. It doesn’t have the eternal off-grid appeal of solar charging, but the disposable battery should last two years. Other features include a timer, stopwatch, calendar, and amber LED that’s surprisingly practical in the field, considering this was really designed as a sports watch.

No, the GA100-1A1 isn’t a dedicated military watch, but it has genuine value in the military environment. The fact that the analog/digital display has tons of style is icing on the cake.

The original G-Shock was created to survive a ten-meter drop, be waterproof to ten atmospheres, and have a battery that lasts ten years. The DW5600E-1V channels that spirit and the original watch’s appearance with a few upgrades that keep it fresh.

First things first: this is substantially smaller and lighter than most modern G-Shocks. It’s understated and doesn’t scream for attention quite as much as the tactical-or-die alternatives on this list. That makes it a great option for everyday wear around town or for people who work in tight spaces and don’t want to risk getting an arm caught on something with a bulky watch. One thing that I should point out is that, while the original watch could exceed 10 years of use on a single battery, life expectancy with this one is only two years.

Don’t let the small size and retro styling fool you; the DW5600E-1V is still very capable in the field. The all-resin exterior is undeniably tough, as is the 200-meter waterproof rating. The backlit face is a big upgrade over the original incandescent bulb. The biggest advantage, though, might be the price. At $43, this is an amazing value.

I wish the GBD800UC-5 was more heavily discounted because it’s such an awesome piece of gear in the modern military environment. We’ll take what we can get, though, because this is worth every penny and keeping a few bucks in your pocket is never a bad thing.

All signs point to this being the big dog of military G-Shocks. Beyond the obligatory desert tan resin ecterior, there are practical tools like a step counter, 31 time zones, silent mode, and Bluetooth connectivity. In spite of all that, the MSRP is still less than $100 and you can get one right now for less than $90.

If you’re in the market for a rough-and-tumble military watch that can hook up to your phone and track fitness data – all for less than $90 – your search is over.