A century later, a World War I submarine has been found

The U-111 submarine was captured by the U.S., sailed back to the U.S. and eventually thought lost to the ages. 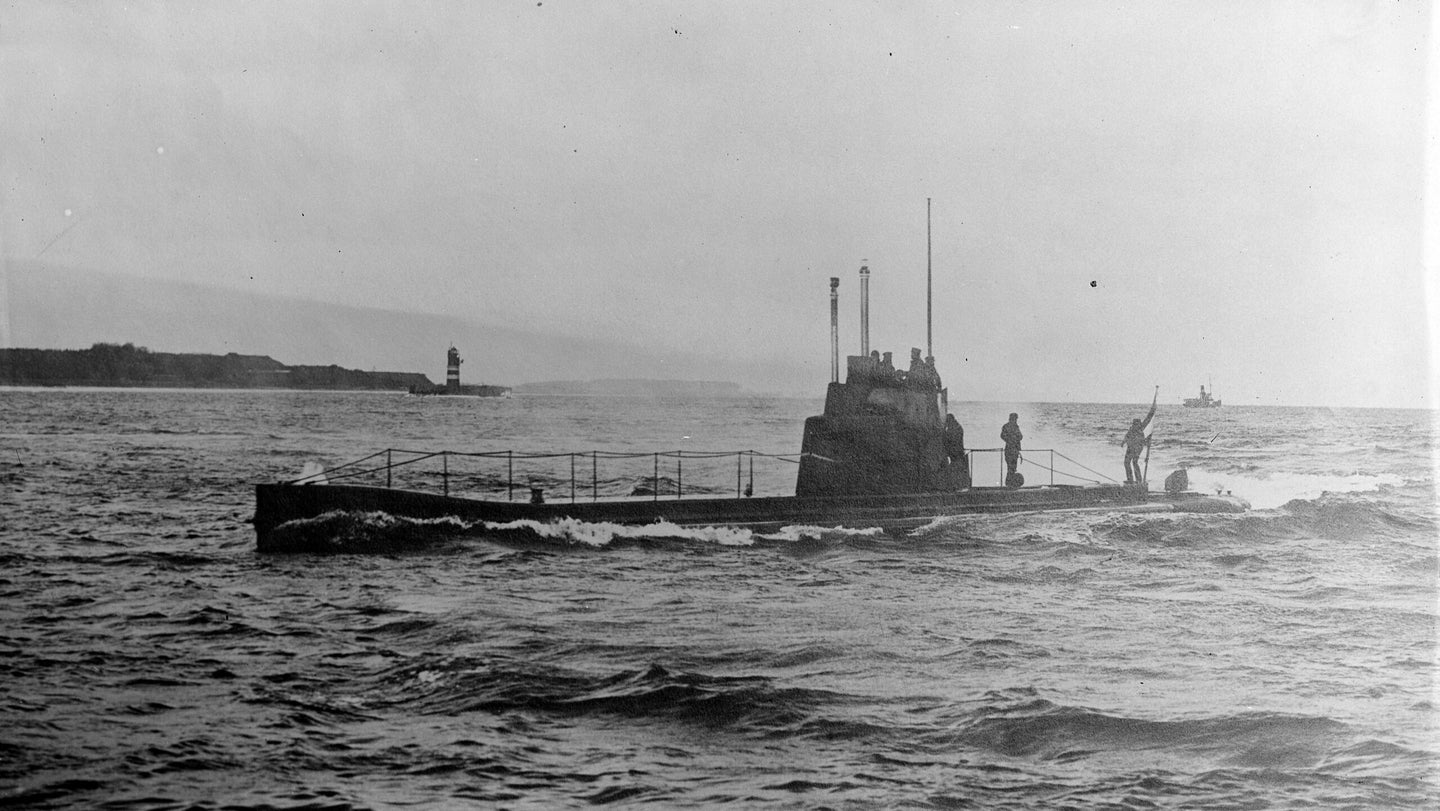 A German u-boat in 1915. (Photo by Jacques Boyer/Roger Viollet via Getty Images).
SHARE

A hundred years after it sank beneath the waves, the World War I-era German submarine U-111 was found off the coast of Virginia. It’s the strange, final resting place for the U-boat that entered into service at the tail end of World War I and then became an American possession.

The wreck of the U-111 was discovered by Erik Petkovic. The news of the discovery, as well as photos and video, were first shared by National Geographic. After months of searching, Petkovic and his associates found it on Labor Day of this year.

Despite being a World War I-era submarine — it was commissioned on Dec. 30, 1917 — the U-111 didn’t actually sink until four years after the war ended. After launch, the submarine patrolled around the British Isles, sinking a British cargo ship in April 1918. Two more patrols followed, and U-111 closed out the war while in port.

After the war, the submarine was seized by the Allies. It was set to be scrapped along with other captured u-boats, but President Woodrow Wilson had it and a few others kept to be sent back to the United States, both to show off the prizes of war and to raise money for Victory Bonds. That’s when U-111 started having troubles. It almost sank on its Atlantic voyage. In 1921, it was put to use as part of Brig. Gen. Billy Mitchell’s fleet of expendable ships during his demonstrations on using planes to attack navies. On its way back it sank, not far off of the Virginia coast. But that wasn’t the end. It was rescued and brought back to the naval base at Norfolk. But the military apparently had no more use for it, so on Aug. 31, 1922 U-111 was sent out to sea with open hatches and explosive charges and intentionally sunk.

Multiple U-boats from both world wars sank in American waters, but despite know where U-111 was when it went under, it was never expected to be found. That’s because it sank deeper than a human diver could reach, beyond 120 feet. Petkovic and his crew found the wreckage at  approximately 400 feet beneath the sea, still deeper than a diver could reach, but not as far as the 1,600-foot depth the u-boat was assumed to have sank to.

The search itself was done in secret. Petkovic and his colleagues claimed to be searching for something innocuous — a Russian freighter — while scanning the depths for any sign of the sub. They consulted records of where fishermen got lines and net snagged, reasoning something must be in the area that causes it.

“That’s when we decided hey, there’s got to be something there,” Petkovic told National Geographic. For now the crew is not disclosing the exact coordinates of the submarine.

Now that it has been found, there are no immediate plans to move U-111. Petkovic told National Geographic the team will send divers to the submarine next year and start mapping the wreck.