“Being a native Texan, my favorite barbeque is obviously Texas brisket, cooked low and slow" 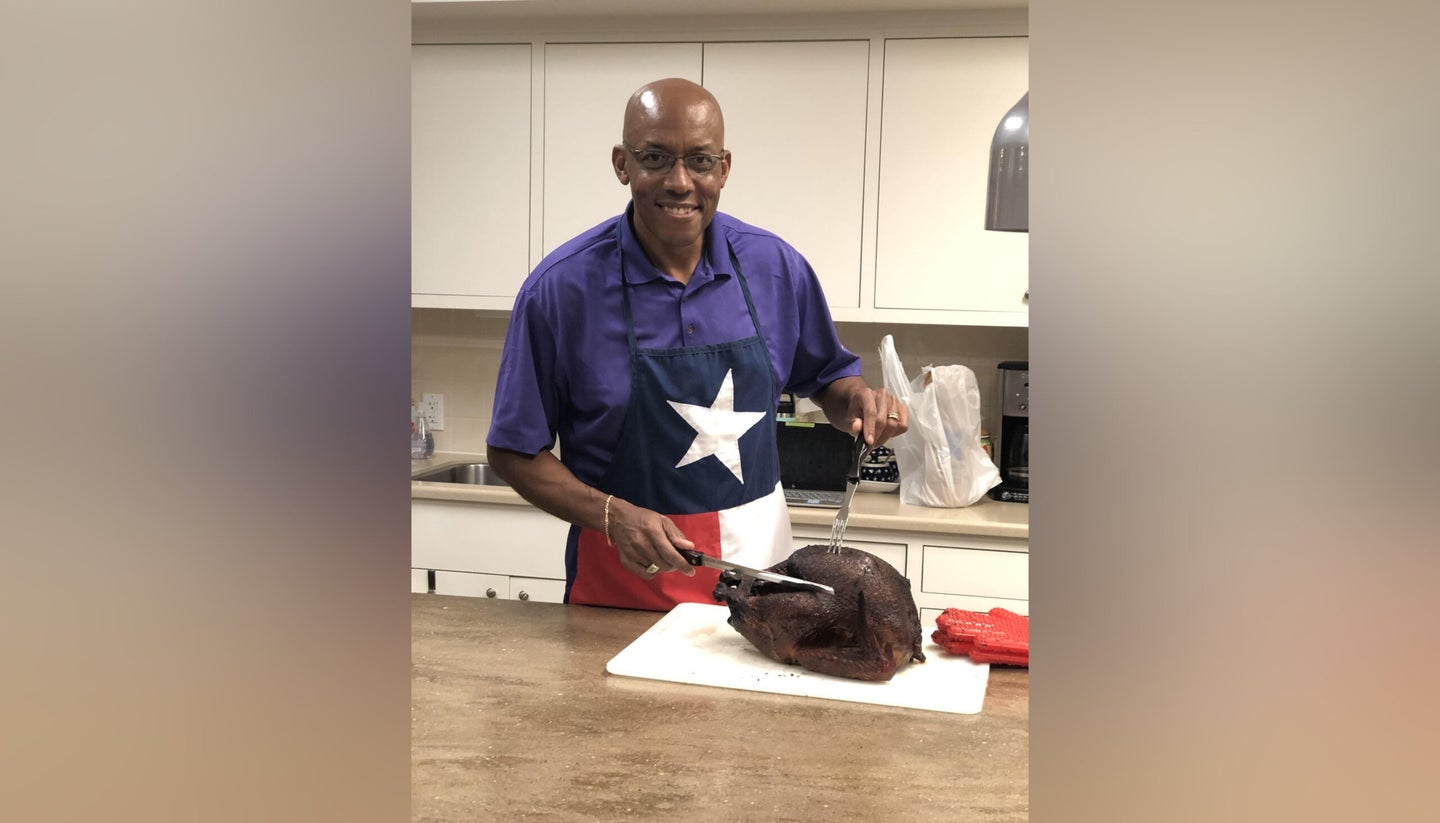 No, it’s not an F-16 fighter jet: it’s a side fire box smoker that Brown has used to barbeque countless tasty meals when he’s not planning the future of American airpower.

While many people know Brown as the top officer of the Air Force and the first African-American service chief in American history, he also has a passion for BBQ that goes all the way back to his Texas childhood.

“I love smoking brisket, baby back ribs,” Brown said during a Defense One webinar in September. “That’s something most folks don’t know about me.”

A son of Texas, Brown grew up in a state that is 95 percent beef brisket (and 5 percent U.S. military bases). But it wasn’t until college at Texas Tech that Brown really tried his hand at the smoky art.

“It was a combination of brisket nights in the dorm and different BBQ places in the Lubbock area,” Brown told Task & Purpose.

Every craftsman needs good tools, and Brown started off with a water smoker, often a favorite among new BBQ cooks for its small size and ease of use. But 12 years after graduating college, Brown met the side fire smoker that would become his longtime companion in the art of BBQ. They met in 1996, at a K-Mart in Montgomery, Alabama, while Brown was still a Major studying at the nearby Air Command and Staff College.

“It was the floor model that was missing a wheel,” Brown said. “I still have that smoker, and can smoke 40 pounds of any type of meat.”

One of the things Brown enjoys most about BBQ isn’t the food, but the family and friends he shares it with.

“We often compare notes on BBQ techniques,” Brown said. “Whether it’s a brisket get together or a smoked turkey during the holidays, there are a lot of laughs and catching up that happens as we enjoy the flavors from my 24-year old smoker.”

The general encouraged airmen to take similar opportunities to rest and recharge when they can.

“It is important to take advantage of simple things like a BBQ cookout to bring friends, families, and teams together,” he said.

Now that the holidays are almost upon us, here’s one activity airmen and their families can do together: make your own beef brisket based on Gen. Brown’s personal recipe (listed below).

“Being a native Texan, my favorite barbeque is obviously Texas brisket, cooked low and slow,” Brown said. “But I’m always open to new recipes and tips to perfect my smoking technique.”

Have at it, and stay safe with those smokers!

What you need to do:

1. Mix Ancho Chile Rub in bowl and place in a spice shaker

3. Pour a small amount of liquid smoke on brisket

4. Shake rub on the brisket

9. Remove foil and place brisket fat side up in smoker cooking chamber

10. Put hot coals in side fire box with the unlit charcoal and wood chunks between the hot coals and the smoker cooking chamber

11. Adjust smoker vent and chimney to maintain a smoker cooking chamber temp between 250 and 300 degrees

12. Add a handful of charcoal and wood chunks to fire every 1 to 1.5 hours

14. Cook brisket for 6-8 hours, minimize peeking…adds to the cooking time

16. Serve with BBQ sauce on the side