What are these things? 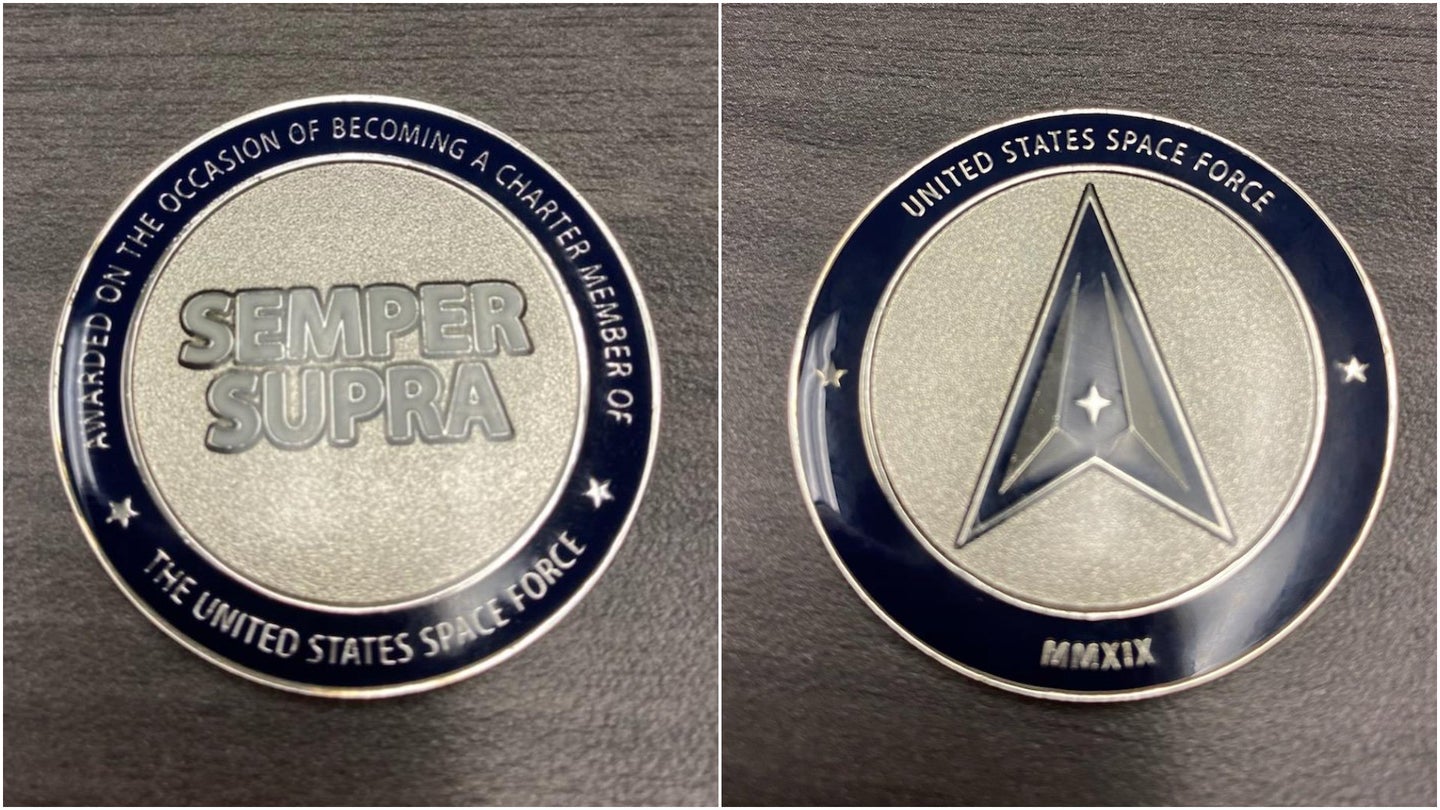 The U.S. Space Force may be just over a year old, but the nascent service is quickly adopting all the trapping you might expect of a full-blown branch of the U.S. military. Space Force flags! Space Force nameplates! Space Force recruits!

Now, the Space Force has unveiled the military accessory you never knew you needed: a Space Force challenge coin.

The first seven Space Force enlistees reportedly received this extremely special coin when they graduated basic military training alongside hundreds of airmen from the 320th Training Squadron at Joint Base San Antonio-Lackland on Thursday, which I’m sure they’ll cherish and definitely not accidentally lose.

Let’s be real: challenge coins are an increasingly problematic fixture of U.S. military culture. Sure, they’re an easy way for a command to acknowledge growth or the accomplishment of a particular task, without going as far as putting anyone up for an actual award, but they’re generally kind of pointless — except for occasionally stopping bullets during a firefight. They’re also everywhere, to the point that they’ve virtually lost all meaning.

That said, if you’re going to hand out a challenge coin, you might as well attempt to make it look as fly as humanly possible. And in this case, Space Force may have missed the mark just a tidge, seeing as it looks like a token handed out at Chuck E. Cheese. Which is a nice way of saying it’s a corny trinket devoid of any aesthetic value whatsoever. These aren’t challenge coins: these are 90s-era Pogs on steroids; the commemorative plates of the challenge coin community; a metallic little message that says we care just enough to give you this paperweight, but not enough for a real reward. They look like hokey metal garbage with a cheesy-ass font. Hell, I’d even argue that the delta actually makes them resemble Star Trek money, except there is no currency in Star Trek.

What’s that? I’m a grouchy civilian who should shut the fuck up? Sure, you might be right, but I’m not the only person who feels this way! Just look at the tweets, dammit. Whatever, I digress: At least they aren’t as virulently fucked up as the ‘Punisher Mickey’ challenge coins doled out among Disney theme park security forces.

In conclusion: We love you, Space Force. But seriously, fuck challenge coins. If there’s one antiquated ritual worth ditching as the U.S. military marches into the bright unknown, it’s this one.

Related: The number of challenge coins that are passed out is too damn high