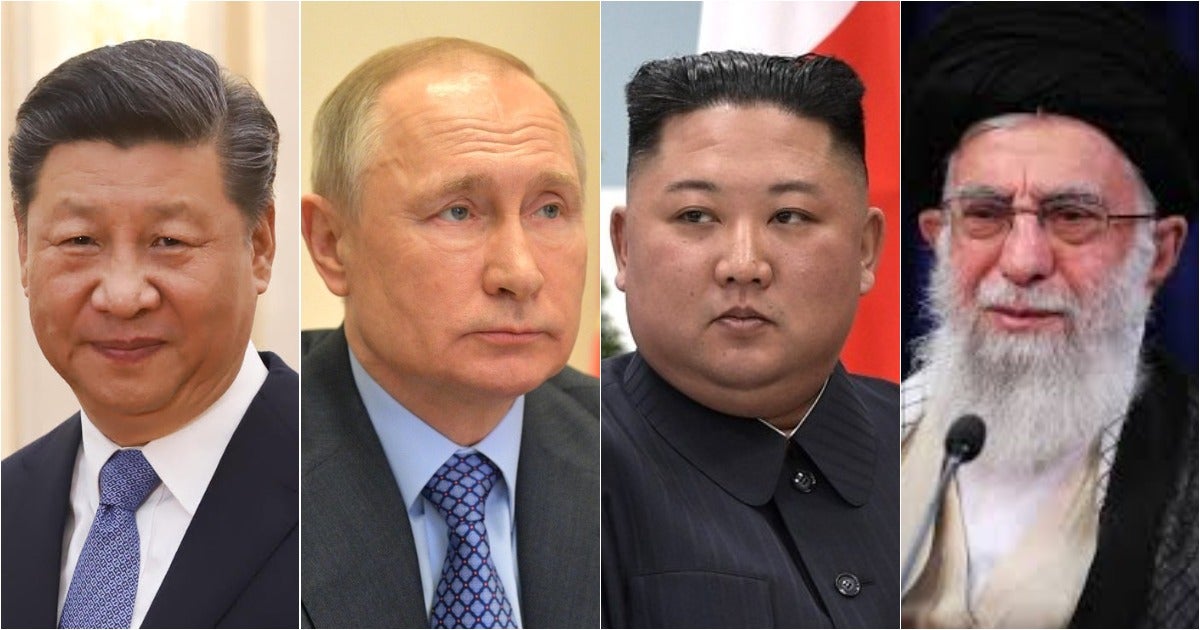 Navy Adm. Charles “Chas” Richard is a man of many talents — among them, serving as the 11th commander of U.S. Strategic Command, a role he’s held since November 2019. But apparently, among Richard’s other strategic capabilities is a penchant for motivational office decorations.

Speaking during a conference held by the Center for Strategic and International Studies on Wednesday, Richard in prerecorded comments alluded to his penchant for workplace artistry with a select disclosure: “I keep pictures of Xi, Putin, Kim and the Ayotollah on my wall, under the words ‘Not Today.'”

Unfortunately, we have no firm proof that this is actually the case: When reached for comment by Task & Purpose, however, a Strategic Command official confirmed the presence of Richard’s office furnishings but was unable to provide photographic evidence due to his office’s status as a Sensitive Compartmented Information Facility

“I can confirm that Adm. Richard does indeed have the mentioned on his office wall,” spokeswoman Karen Singer told Task & Purpose. “However, we cannot provide a photo because his office is a SCIF.”

We get it, but also: what a load of bullshit. We hereby call upon Richard to provide proof that he, the man with his finger on America’s nuclear arsenal, has something significantly more moto than a ‘Hang In There’ kitty poster on his office wall.

That’s it. That’s the post. Consider this a challenge, Adm. Richard. We’ll be waiting.

Related: We salute whoever made Steve Carell head of Space Force at the Air Force museum