Last year, many of you read my thoughts on the internet sensation known as #22pushupchallenge or #22KILL. I wasn’t against... 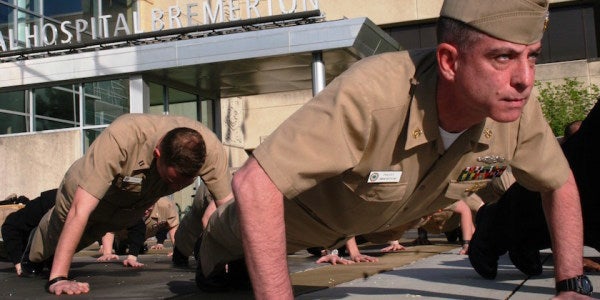 Last year, many of you read my thoughts on the internet sensation known as #22pushupchallenge or #22KILL. I wasn’t against the challenge, and I’m certainly not against raising awareness about veteran suicide, but I still contend that such public displays need to be accompanied by substantive action.

A Marine veteran recently contacted me about that column. She had doubts about the challenge as well. Specifically, she stated that she had many friends who did the 22 pushup challenge. They enthusiastically advertised their advocacy for military suicide awareness, and told their followers on social media to look out for vets who needed help. But when this Marine was going through an obviously dark time in her life, none of the people she knew who took the time to post video for 22 consecutive days took the time to check on her. They had hours to set up video shoots and make themselves look altruistic, but couldn’t find just a few minutes to call a friend.

I won’t condemn those who didn’t check in on their sister-in-arms too harshly. I can’t know what they saw or didn’t see in their friend. But this instance does speak to the weakness of “awareness.” Awareness may be a first step, but without action as a result, what good is it? Well, let’s say this again clearly so there’s no mistake: Awareness without action is useless.

In fact, awareness that lets someone think he’s done something while actually accomplishing nothing is worse than useless. It often allows people to excuse themselves from doing harder things, like making a donation or volunteering, because they already made the effort of posting on social media. Just because veterans are doing it, doesn’t mean it’s not slacktivism.

Some of you are undoubtedly saying, “So, what are you doing? Put up or shut up!” I’ll use another cliche to answer that one: Money talks and bullshit walks.

Right after I wrote that column, I gave a lump sum to the Disabled American Veterans, popularly known as the DAV. I also became a life member. Was it a ton of money? I suppose it wasn’t that much in the big scheme of things, but I gave what I could.

As part of my New Year’s resolution this year, I started to give $22 a month to the DAV. I’m going to let that run for at least 22 months. As others have noted, the number of veteran suicides isn’t 22 a day, it’s closer to 20. Nevertheless, 22 seems to be the number that’s caught on, so I’m going with it.

I’m not claiming that this makes me some great philanthropist, but it’s a start. If everyone in the veteran community did just that much, it would create a substantive change. $22 a month is an amount that most of us can handle, but over 22 months that’s $484. Not bad. To extrapolate that, if everyone who participated in the 22 pushup challenge had given a dollar for each pushup shown on the 22kill website’s counter, over $100 million would have been raised. That kind of money could really make a lasting difference.

I’m not a veteran activist, community organizer, or whatever else. I’m just a guy with a day job who also writes about veterans issues. I’m not going to tell anyone to give to a particular charity. Traditional veterans service organizations, like the DAV, have been taking care of vets for decades. But newer charities like Wounded Warriors Family Support, the Gary Sinise Foundation, the Intrepid Fallen Heroes Fund, and many others also do amazing work to support veterans and their families. All of them, especially those with good ratings from give.org and charitywatch.org, need and deserve your financial support. They all accept recurring online donations — I checked.

Those charities aren’t exclusively focused on preventing veteran suicides, but they are all working to improve the lives of veterans and their families. Often it’s best to treat the disease, not the symptoms.

It will take more than just donating to get beyond slacktivism. Too many just put status updates on their Facebook walls inviting fellow vets to call if they are in trouble. I hope those are all sincere, but I fear that a lot of times they end up as merely a public announcement of goodness and don’t actually accomplish anything.

It may not get you the gratification of “likes” and “shares,” but instead of just making a Facebook post saying that vets can call you, call them. Make that your resolution. Touch base with at least one other vet you wouldn’t otherwise have contacted and ask them, one on one,”How are you doing?” That takes a whole lot less time than making a video of your 22 pushups, but it can accomplish so much more.

While you’re at it, check up on your dad, your uncle, and maybe even that old guy who bent your ear for an hour at the VFW. Most veterans suicides are actually from those over 50.

One phone call and $22 a month. That’s actually a lot less work than 22 pushups for 22 days; yet, I know that if we all did it, we’d be a whole lot closer to solving the veterans suicide crisis than we are now.