Information technology is one of the fastest-growing industries in America, with nearly 12% of all unfulfilled jobs in the country... 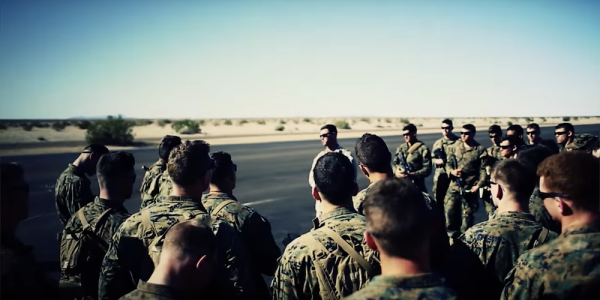 Information technology is one of the fastest-growing industries in America, with nearly 12% of all unfulfilled jobs in the country being in the IT field. But breaking in isn’t always easy, especially for veterans and service members. Microsoft is looking to change that with the Microsoft Software & Systems Academy (MSSA). This October, new MSSA locations will come to Fort Benning, Georgia, and Fort Bragg, North Carolina.

MSSA guarantees graduates an interview with Microsoft and/or one of its affiliates upon course completion, and so far, has helped veterans land jobs with more than 130 top companies in tech and other industries. While salaries vary based on region and cost of living, MSSA graduates earn average salaries of $70,000. And none of that income goes to tuition repayment, because service members can use their GI Bill to cover curriculum and tuition costs. Microsoft invests in each student by providing career transition and job placement services, mentoring, and subsidizing certification vouchers.

One MSSA graduate is Ryen Macababbad, a sergeant in the Army Reserves, who now works as a program manager for Azure Active Directory, one of Microsoft’s cloud-based services.

Macababbad turned to MSSA when she was looking to transition out of the Army after returning from Afghanistan. She was stationed at Joint Base Lewis-McChord, in Tacoma, Washington, when she first learned about Microsoft’s program from a flyer in the base’s education center.

When she saw the MSSA flyer, she immediately thought to herself, “I gotta get into that.”

Students accepted into the MSSA program, whether veterans or active-duty service members within six months of separation, spend 18 weeks as full-time students, taking five technical courses that help prepare them to get jobs in the industry’s fastest-growing areas, such as server and cloud administration, database and business intelligence administration, and cloud application development. Upon successful completion of MSSA, students have the option of going on to complete degrees in technical management, as their graduation from the academy also comes with credit toward a degree from Embry-Riddle Aeronautical University.

For Macababbad, the education she received was the best part of Microsoft’s program. As First Lady Michelle Obama noted when she spoke about the sergeant’s success, Macababbad enjoys spending her free time “learning about different authentication methods that connect you to cloud services.”

And while Macababbad loved learning for learning’s sake, she knew that taking part in MSSA would also help her in more concrete ways.

“The most beneficial part was giving me a leg up. It was getting my foot in the door,” she said. “I was guaranteed an interview at the end of the program. I’m very driven to succeed, and I was going to take advantage of every single opportunity that was presented to me.”

“Education is really the key,” said Chris Cortez, Microsoft’s vice president of military affairs and a 33-year veteran and retired major general of the U.S. Marine Corps. “What this program is doing is providing education to military men and women so that they can leave the military and get into a new career.”

Transitioning into a new career after leaving the military is often a difficult task, especially for vets looking to get into specialized fields like information technology.

Those who sign up to study technology through the MSSA at Fort Benning or Fort Bragg, the newest MSSA locations, will be able to learn cloud application development, a particularly hot area in tech right now. Through MSSA, students will learn programming languages for creating apps, how to connect those apps to cloud-based multimedia services and databases, and how to brand and launch those apps so they’ll reach their targeted audience.

Skills learned through MSSA will enable graduates to compete in the civilian job market, even if their military training may not seem compatible with a job in tech.

“Translating the skills that you learn in the military isn’t always a direct correlation to the private sector,” Macababbad explained. Service members have an uphill battle to get their resumes seen by the right people, and in the meantime, they have to ask themselves questions like, “What do I put on a resume? What happens if I can’t make my mortgage payment? What if I can’t feed myself?” Macababbad said.

Even Cortez, who had been leading the Marine Corps Recruiting Command in Quantico, Virginia, recruiting more than 75,000 men and women when he retired, admitted that transitioning isn’t always easy.

“It doesn’t matter if you’ve served five years, 40 years, transition is tough,” he said. “The unique thing about people that go into a program like ours is they’re trying to transform themselves, they’re trying to make for themselves a better life. If we can just layer on top of that a little bit of training, we can have a pool of talented men and women who can come into the IT industry and really make a difference.”

Microsoft is partnering with Embry-Riddle University to bring the MSSA program to Fort Benning, Georgia, and Fort Bragg, North Carolina, later this year, and has plans to bring MSSA to a half-dozen more bases soon after.