It's the largest act of violence against the mobilization in Russia. 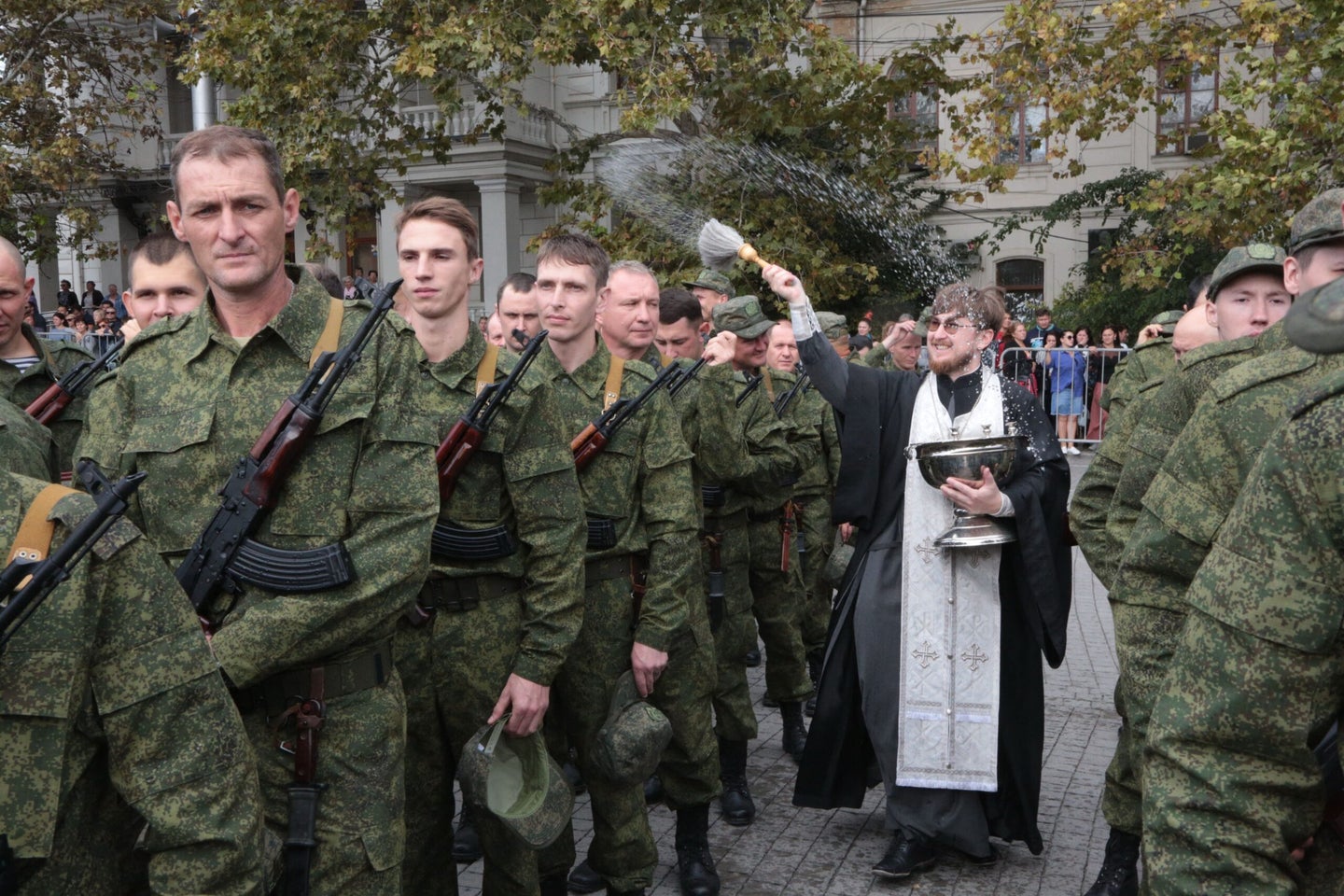 Reservists drafted during the partial mobilisation attend a departure ceremony in Sevastopol, Crimea, on September 27, 2022. - Russian President Vladimir Putin announced on September 21 a mobilisation of hundreds of thousands of Russian men to bolster Moscow's army in Ukraine, sparking demonstrations and an exodus of men abroad. (Photo by STRINGER / AFP) (Photo by STRINGER/AFP via Getty Images).
SHARE

At least 11 people are dead and 15 wounded after two soldiers staged an apparent insider attack at a military facility in southwestern Russia.

The attack took place earlier today during a shooting training session for soldiers preparing to go to Ukraine. The two men, set to train at the site in Belgorod, turned their weapons on others and opened fire. They killed nearly a dozen people before being shot dead. It’s unclear how many soldiers were on the scene or how long the shooting went on for.

“On October 15, two citizens of a CIS [Commonwealth of Independent States] country committed an act of terror at training range of the Western Military District in the Belgorod Region,” the Russian defense ministry told reporters today.

According to Russian state news agency TASS, law enforcement agents are investigating the shooting. The 15 people wounded were taken to nearby hospitals.

Russian media and the Ministry of Defense referred to the attackers as terrorists, but the Associated Press identified them as volunteer soldiers from an “ex-Soviet nation.” It’s unclear what nation’s troops from the nine-member bloc were present at the range today when the insider attack took place. The Belgorod region borders Ukraine’s northeast, and in recent days it has been hit with a series of explosions, apparently from Ukrainian attacks.

It is the apparent first insider attack with the Russian military since the invasion of Ukraine started in February, and one of the deadliest incidents with Russian troops inside Russia.

The attack is the latest act of violence against the Russian military after President Vladimir Putin mobilized 220,000 reservists to gain 300,000 new soldiers to bolster its invasion force. In late September, a 25-year-old shot a recruiter at an enlistment office in Siberia in protest of the mobilization. Military enlistment buildings have also been hit by arson. There have also been several protests throughout Russian cities, which have been met by mass arrests — more than 10,000 — and police violence against protestors.

Russia is sending these called-up troops into Ukraine with minimal training to try and regain momentum in the fight, even as it suffers setbacks in the Ukrainian northeast. Ukraine’s rapid retaking of areas in the Kharkiv region saw it not just drive back Russian forces but capture multiple Russian tanks.

These new recruits are, according to reports, poorly trained, with the military relying on reservists’ prior experience and quickly deploying them to Ukraine to fight.