The service is experimenting with a 'choose your own adventure' physical fitness test. 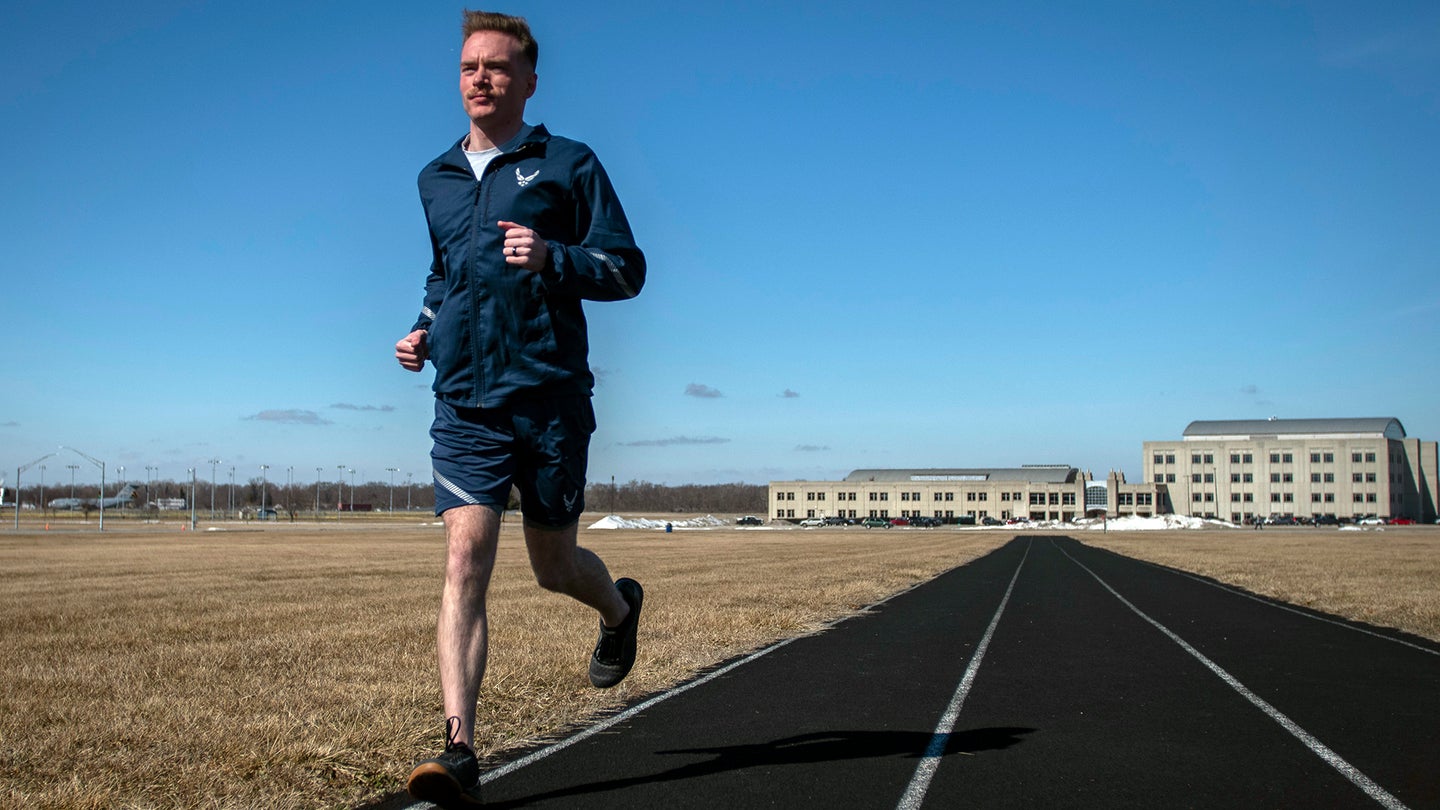 The Air Force raised some eyebrows on Monday when it announced upcoming changes to its physical training test that would allow airmen to choose their own adventure for demonstrating physical prowess.

The new test, which the service will begin to experiment with in January 2022, will allow airmen to choose between running, shuttle run sprints, and walking for the aerobic portion of the test. Shuttle run sprints involve sprinting back and forth between two markers about 25 meters apart. They could then choose between planks and sit-ups for the core strength measure. And for the final portion of the test airmen would be allowed to choose between push-ups and raised-hand push-ups.

Instead of going up and down like a traditional push-up, the raised hand push-ups allow airmen to alternate lifting their hands up while in the push-up ready position, said Lt. Gen. Brian Kelly, the deputy chief of staff for manpower, personnel and services at Air Force headquarters, when he discussed the upcoming changes to the physical fitness test in a live chat with Chief Master Sergeant of the Air Force JoAnne Bass on Monday.

The new options are supposed to give airmen more flexibility to do the test the way they want to, Kelly explained. The test will begin a six-month trial period starting in January.

“Say you’re not a long-distance runner but you wanted to run fast back and forth, we have a shuttle run back and forth about 25 meters apart,” he said.

There may be more options revealed over the next several months, but the lieutenant general ruled out swimming or rowing as other options for the aerobic portion. Not all Air Force installations have the facilities for those kinds of tests, he explained. The test will still score participants on a 100 point scale, with the aerobic portion being worth 60 points and the other two worth 20 points each.

The announcement stirred up discussion on forums like Facebook and Reddit, where some airmen made the interesting observation that the walking test may be more tricky than it sounds. Previously, airmen could walk instead of run only if they had a medical waiver to do so.

“The walk f**ked my shins,” said one Reddit user. “They burned for days. Poor shins. Don’t walk. Don’t ever walk. Do the damn sprints.”

“It’s only harder if you don’t practice it a couple of times,” said another. “You’ll get really bad shin splints.”

Others were excited to do the shuttle run instead of a 1.5 mile run.

“Us dwarves are quite dangerous over short distances,” said one Reddit user, quoting the dwarf Gimli in Lord of the Rings.

“It’s also just about appearance in our uniform,” Kelly said. “People count on us to protect them. They have to see us as credible warfighting people.”

The body composition test will be separate from the physical fitness test and will not count towards that score, though airmen might do it at the same time as a time-saving measure, Kelly said. He also explained that the form of the body composition test is yet to be determined, though he mentioned “abdominal circumference” as an example of what the composition might look like.

It’s unclear if that means the Air Force could effectively bring back the unpopular waist measurement practice. In the past, some airmen went to the point of starving themselves to pass the waist test, former Chief Master Sgt. of the Air force Kaleth Wright said in 2019, according to Military.com.

“And then they try to run or do the other components, and we’ve had airmen who have lost their lives or have become injured,” Wright said.

Given that all of these changes are still up in the air,we wanted to know what you, our readers, think of it. Are you happy about the new options? Does the walk sound awful? How do you think the test measures up to those of other services? And do you think it meets the Air Force’s needs? What other options would you like to see on the test?

We’d love to hear your thoughts. Drop us a line in the comments below!