Why armed military veterans aren’t a solution to school shootings

On several military and military fan pages, you’ll see people claiming that the solution to school shootings is to have armed veterans patrol our schools. 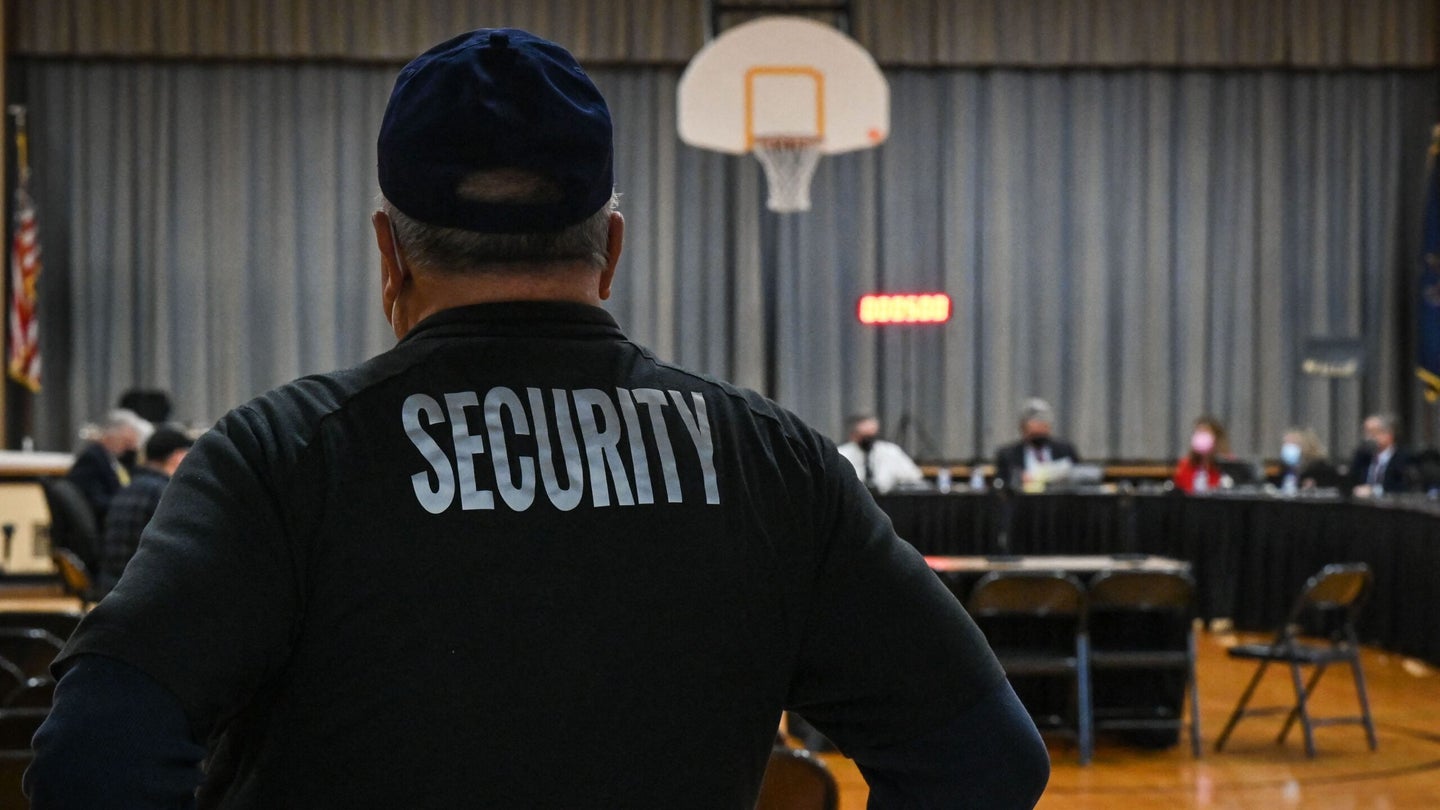 Last week’s mass murder of children in Uvalde, Texas has broken the hearts of Americans. People are desperately looking for solutions to this uniquely American problem.

In response, social media has demonstrated its unique capacity to amplify bad ideas. On several military and military fan pages, you’ll see people claiming that the solution to school shootings is to have armed veterans, or even “combat veterans,” patrol our schools.

America often wishcasts positive traits upon military veterans, seeing each one as a G.I. Joe-like platonic ideal of a super-soldier. They’ve fought for freedom around the world, the thinking goes, so why can’t our military heroes help save our schoolchildren?

Unlike in the movies, most servicemembers are not weapons or close quarters battle experts, which is what this type of mission would really entail. Most sailors and airmen get only very basic weapons training when they join the military. Unless they are going into special operations, security forces, or similar fields, they are unlikely to train much with small arms for the rest of their careers.

Soldiers and Marines get a more robust introduction to weapons fundamentals, but unless they are in the infantry, or to a lesser degree the other ground combat arms, the amount of tactical shooting they do is generally fairly limited, focused on annual weapons qualification. For perspective, only about 15% of soldiers and 20% of Marines are infantry.

And if you really want combat veterans, in particular, things get trickier still. Only half of Post-9/11 veterans have any combat experience according to a Pew Research poll. And that poll defined “combat experience” very loosely. So, if you want a trained combat shooter with real-world experience, that intersection in the Venn diagram gets smaller very quickly. With Afghanistan and Iraq going further into the rearview mirror every day, combat vets still proficient in battle skills will only get rarer.

But how many schools really need defending, anyway? Well, over 130,000. About 87,000 elementary schools, 27,000 secondary schools, and 16,000 “combined,” which includes certain types of middle schools and junior highs. For the sake of simplicity, we can make some assumptions to see the scope of the requirement. Based on the relative sizes of their campuses, let’s say you’d generally need one guard on duty at each elementary school, two at each combined school, and three at each high school. You’ll probably need at least 1.5 people for each vacancy to account for vacation, sick days, etc.

That adds up to 300,000 people at a bare minimum. That’s nearly as many people as the entire active-duty strength of the U.S. Navy. That’s a lot of manpower against a very specific problem.

People who think armed vets are the answer are unclear how they’ll get people to man these posts. Are they supposed to volunteer? Once again, the scope of the problem is huge. 130,000 schools would need full-time coverage. It’s one thing to volunteer to help your local school with crowds at football games a couple of times a month. It’s quite another to volunteer to man a post for 8 hours a day, every day, for free. Are there really 300,000 vets, proficient and current in tactical shooting, with the ability to work full-time for free?

If there aren’t, should it be a paid position? Armed security guards generally make a little less than $20 an hour. But we probably shouldn’t skimp on this if we want these types of specialized skills, so perhaps something more like the average salary for police officers, around $66,000 a year, would be the right amount. Add in benefits, and total compensation would be closing in around the $90,000 mark. Remember that 300,000 people figure? This plan would cost nearly $30 billion a year, even before accounting for logistics, training, and administrative costs.

For that kind of money, perhaps they should help do things like break up fights, prevent break-ins, maintain order at school events, and generally enforce the laws on school property, too? Well, that’s something that already exists, and it’s called a school police officer or resource officer. Should more vets join police forces? Absolutely. Based on the police failures evident in Uvalde, they need all the help they can get. But that’s not really what we’re talking about here, nor is it likely what most of those posting memes of armed vets in schools are picturing, either.

Whether paid or volunteer, this is not an appealing job, no matter how worthy the goal. This is an objectively incredibly boring job with no room for advancement. You might get a few well-meaning individuals to help out for a little while, but those inclined towards police and security work are likely already working at reputable law enforcement agencies and military contractors.

And we have to be honest about the fact that this type of job might also attract people for the wrong reasons — someone who is either desperate for a job or fantasizes about being a hero. Sometimes the people who most want a job are often the last ones who should actually have it.

The armed veterans proposal isn’t a serious idea. Unserious ideas are okay in other contexts, but this is a serious problem that calls for actual policy solutions, not memes. That we are even discussing it shows how hard the real potential solutions to the problem — gun policy, red flag laws, and devoting real resources for mental health interventions — really are. Rather than promote a fantasy solution that just distracts from the hard choices that are really needed, let’s work on realistic solutions. Or if not, we should at least be honest about how much, or rather how little, we actually care about protecting children.

Carl Forsling is a retired Marine officer and V-22 pilot who writes on military and national security issues. He lives in the Dallas-Fort Worth area.