He faces 45 years in prison for trying to start a “prolonged armed conflict." 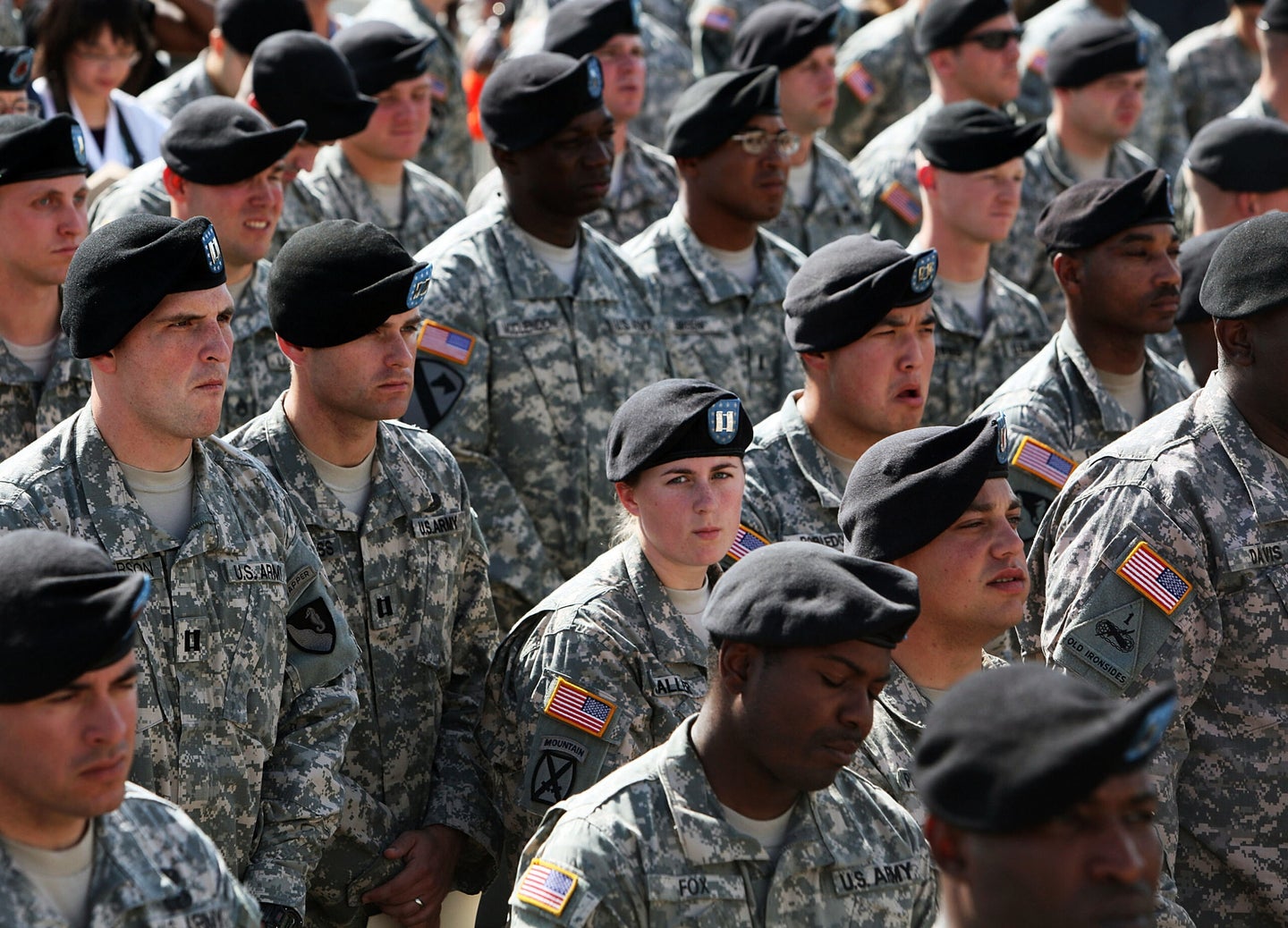 U.S. Army soldiers stand together as they wait for the start of memorial service for the thirteen victims of the shooting rampage by U.S. Army Major Nidal Malik Hasan on November 10, 2009 in Fort Hood, Texas. Hasan, an army psychiatrist, killed 13 people and wounded 30 in a shooting at the military base on November 5, 2009. (Photo by Joe Raedle/Getty Images).
SHARE

United States Army Private Ethan Melzer pleaded guilty this week to charges that he intended to murder members of his unit as part of a terrorist attack by a far-right extremist group. He made the plea on Friday, June 24. Melzer served with the Army’s 173rd Airborne Brigade. He faces up to 45 years in prison for the charges.

“As he admitted in court today, Ethan Melzer attempted to orchestrate a murderous ambush on his own unit by unlawfully disclosing its location, strength, and armaments to a neo-Nazi, anarchist, white supremacist group,” U.S. Attorney Damian Williams said in a statement on the plea deal. “The defendant believed he could force the U.S. into prolonged armed conflict while causing the deaths of as many soldiers as possible. Melzer’s traitorous conduct was a betrayal of his storied unit and nothing short of an attack against the most essential American values.”

Melzer allegedly began plotting the attack while stationed in Italy. According to the Justice Department he was a member of the far-right, anti-Semitic Order of the Nine Angles, or O9A. He communicated with them and an alleged member of al-Qaeda while in the military, while consuming Neo Nazi and other extremist propaganda. When told he was going to be reassigned to a sensitive base in Turkey, Melzer, according to the Justice Department, began sharing details on the base’s layout and security. He planned to attack the base and “cripple” fire teams on the base. He was arrested in the spring of  2020 before the unit redeployed. He initially pleaded not guilty to eight criminal counts.

Task & Purpose previously wrote about Melzer and other far-right service members in 2021. As the U.S. Attorneys of the Southern District of New York said that Melzer intentionally joined the military in 2018 in order to infiltrate it and gain access to training and information.

Melzer’s case is the latest instance of a far-right element inside the U.S. military. A 2018 report from ProPublica detailed that the far-right Neo Nazi group Atomwaffen had active duty service members among its ranks. The Pentagon’s own findings in 2021 found that although cases of far-right extremists in the military was low overall, it was ongoing and presented a great threat. Military training, the report found, “enhance[s] their ability to carry out attacks.”

The Pentagon itself has historically had a poor track record of addressing or fighting extremism within the ranks. It was only last summer that the Department of Defense’s Inspector General sought to hire someone to oversee responses to “supremacist, extremist, and criminal gang activity.” This year the office looked into how the various service branches screen for signs of extremist ideology. The report was not positive; it found that the screening and data collection efforts were not connected across the different branches.